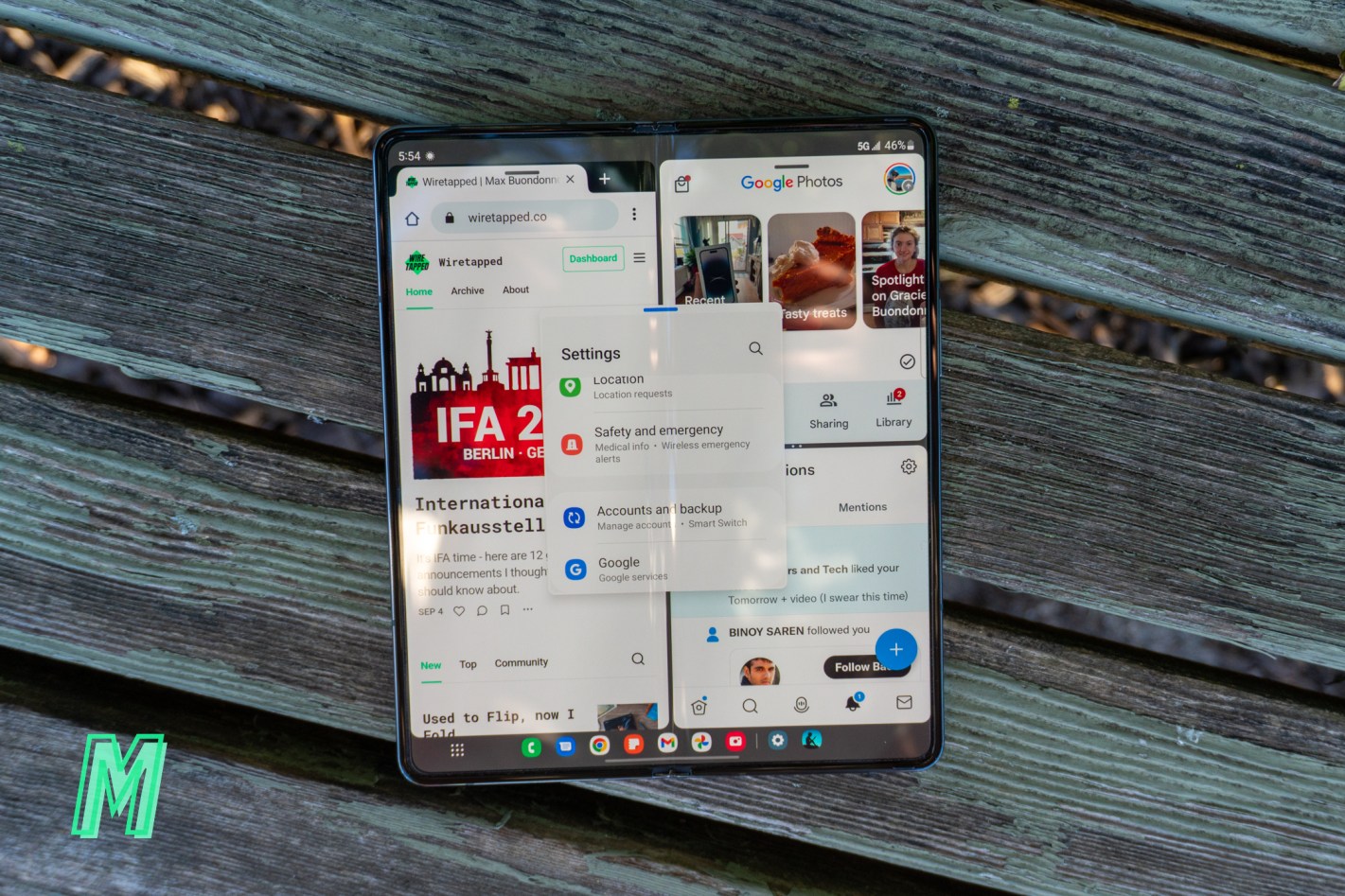 Rumors around Samsung's next foldable smartphone are starting to leak, and it looks like some major upgrades could be on their way.

Over the past couple of days, there’s been an influx of reports hinting at what Samsung could be cooking up for its next foldable smartphone, the Galaxy Z Fold 5. I loved the Galaxy Z Fold 4 when I reviewed it last summer, but it had a few issues that will seemingly be addressed with its successor.

According to Ice Universe on Twitter (a.k.a. a very popular leaker in the tech world) and Korean site Naver, the Z Fold 5 could ship with a new folding screen that uses a droplet-shaped hinge structure to eliminate the gap when it’s folded. This would not only help the device fold completely flat, but add improved water resistance and durability. Samsung is calling this hinge design a “dumbbell” internally and will mark one of the most significant improvements to the design of the Z Fold line since its inception in 2019.

Droplet hinges already exist on some devices, like the recent Oppo Find N2 and Motorola Razr. Both of those devices have much less pronounced creases in the middle of their displays, which will be another improvement over the Fold 4 if Samsung ships it. The company originally patented a hinge of this caliber in 2016, but seems to have waited to ship it, like to work on including water resistance.

Then there’s the camera system on the back. I wasn’t impressed with it when I reviewed the Fold 4, and it looks like Samsung will be adding some much-needed upgrades. Specifically, the main 50MP sensor will be upgraded to 108MP according to The Pixel, taking after the Galaxy S22 Ultra which has a terrific main camera. It’ll sport a 26mm lens with an f/1.7 aperture, OIS, and dual-pixel auto focus. The second and third cameras will be a 64MP 2x telephoto and 12MP ultra-wide.

The Pixel also touches on the S Pen situation with the Z Fold. Right now, if you want somewhere to store the stylus, you need to use special cases that include a dedicated silo since the device doesn’t have one. With the Z Fold 5, Samsung might include a built-in home for the pen, just like the S22 Ultra. This is one of the more spotty Z Fold 5 rumors, so take it with a pretty big grain of salt.