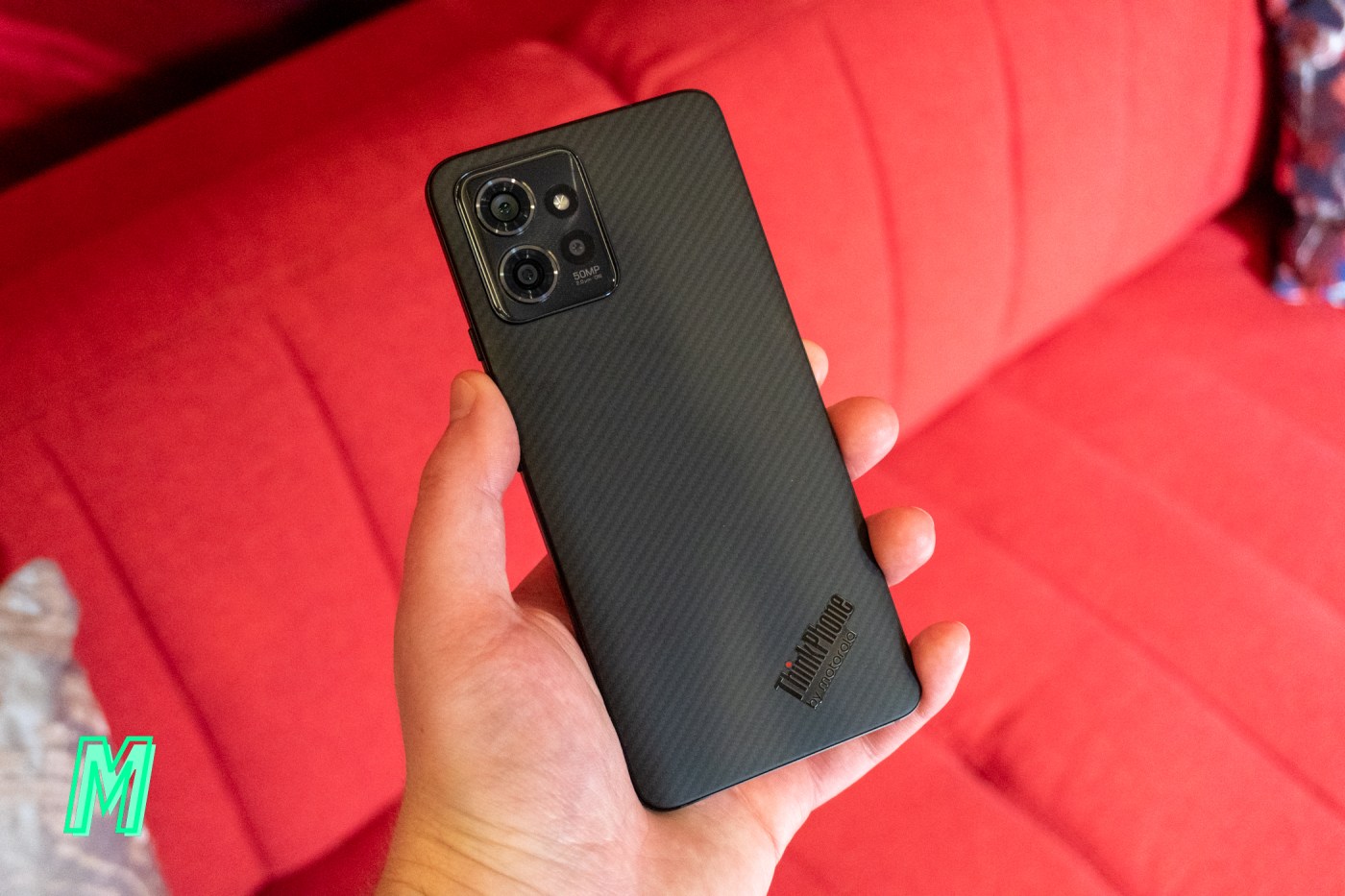 It's debuting at CES 2023, and it's supposed to serve as the perfect companion to your ThinkPad laptop.

In my hand is the new ThinkPhone. It’s the first time Lenovo has partnered with Motorola, the company it acquired back in 2014, to produce a smartphone. Announced this week at CES 2023, it’s a wildly interesting product, mostly because of how tightly it integrates with Lenovo’s ThinkPad lineup.

Notably, the ThinkPhone is primarily designed for enterprise and commercial customers, not general consumers. In some markets, you’ll be able to purchase a ThinkPhone just like you would any other, but some will keep the device targeted at businesses. After all, it’s a phone that looks like a ThinkPad with no set price or pre-existing reputation in the smartphone world. Lenovo and Motorola will need to rely on business users to grow it, and on paper, it looks like it has a solid mix of features to do just that.

Durability was a major factor in designing the ThinkPhone. It sports an aramid fiber design on the back that, according to Motorola, is stronger than steel. Around the sides is aircraft-grade aluminum, while the display is covered in Gorilla Glass Victus. The phone is MIL-STD 810H certified for drop resistance, and it’s IP68 certified for water resistance. When I picked it up for the first time, I was surprised at how light it is (188.5 grams, for anyone asking), as well as how comfortable it was in the hand.

Since it’s part of the Think lineup and pairs with ThinkPads, Lenovo threw in a red button on the left side to call back to the red nub in the middle of its keyboards. As you’d probably expect, this red button is fully customizable and can be programmed to open any app on your phone. You can tap it, long press it, or double tap it to perform different actions.

The ThinkPhone also doubles down on security, with Lenovo’s ThinkShield and Moto Secure for IT administrators to control certain aspects of the experience. There’s also a private folder which can be locked behind a fingerprint to secure sensitive documents, and you can lock away certain apps and disguise them with alternative app icons.

Of course, the marquee feature of the ThinkPhone is its integration with Lenovo ThinkPads. Through Lenovo’s Ready For application, you can share and exchange with the ThinkPhone, open applications from your phone on your PC, send messages, get notifications, and more.

It gets a little deeper than that, though. Lenovo is also including a Universal Clipboard which lets you copy content on one device and paste it on the other. During my briefing, Lenovo demoed how you could do that not just with text, but recent photos as well. There’s also an AirPlay-esque file transfer tool that lets you wirelessly transfer your files with a couple of button presses.

In fact, that’s the kind of integration I’d compare the ThinkPhone and ThinkPad to. It’s all proprietary, you have to own both of those devices for the features to work, and in my brief time using them, it all seemed to work well. I’m not saying Lenovo is taking on Apple in terms of its ecosystem or integration, but there’s no denying that it’s very similar.

Overall, the ThinkPhone is one of the more interesting Android phones to come out in recent years (besides foldables, of course). I’ll be looking forward to getting my hands on it to review it and see how well all of this integration works day-to-day.