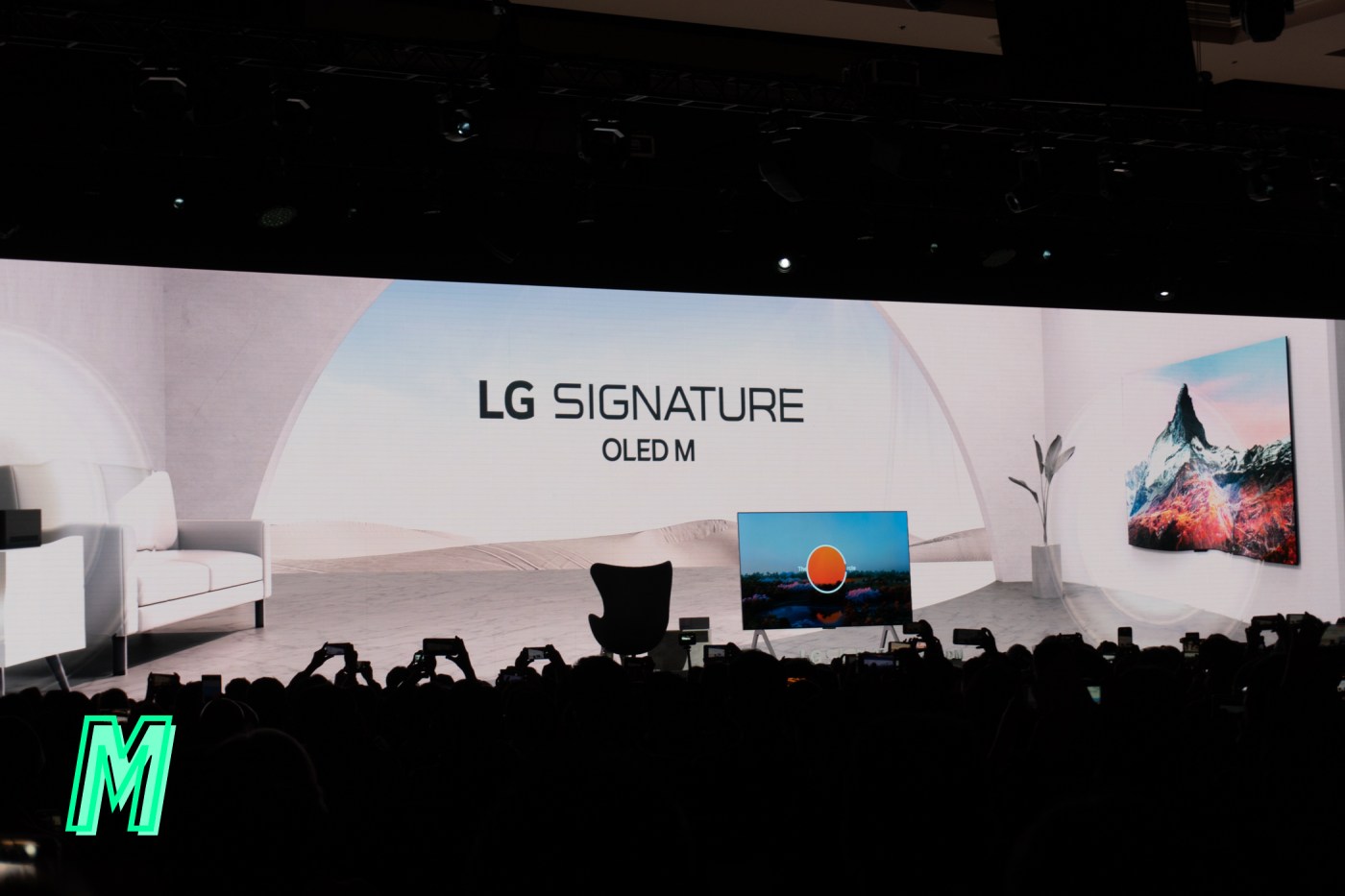 The new Signature OLED M is the world's first wireless OLED TV, according to LG.

I haven’t seen all the TVs yet at CES, so it’s abundantly clear to me that it’s too early to make a prediction as to what the best TV will be. But when I watched LG unveil its new Signature OLED M during its press conference, I got the impression that it might take the cake in terms of coolness.

The Signature OLED line is famous for being super eye-catching and on the borderline of concept and reality, and the OLED M is no different. The TV itself is a 97-inch OLED 4K panel that, in person, looked absolutely striking. But beyond its size, there’s not much that’s special about the panel itself. It’s what’s behind it that’s interesting.

Why is it interesting? Because there’s nothing behind it. The Signature OLED M is a television screen and speakers. There are no ports, no wires (beyond power), and very minimal components inside to power it.

All of the internals and ports are stored in a separate enclosure which LG calls the Zero Connect box. The real kicker? The box connects to the TV wirelessly at up to 30 feet away. It’s apparently the world’s first wireless OLED TV, according to LG.

The box provides both video and audio signals to the TV, with video quality capping off at 4K 120Hz. LG says it developed a proprietary algorithm that can automatically optimize the transmission path for the best picture and quality. It can detect when something is in between the box and your TV and adjust its settings accordingly. In addition, the box’s antenna can be positioned so that it’s directly facing the TV to help maximize the connection. You can also control the box with your voice.

Here’s how LG describes it.

LG’s wireless solution leverages state-of-the-art technologies to provide reliable video and audio transmission to the M3’s self-lit OLED screen, allowing users to enjoy content at 4K 120Hz and clear, crisp sound without interruption or degradation of quality. To ensure the seamless transfer of data from the box to the TV, the company developed an algorithm that instantly identifies the optimal transmission path. The algorithm also helps to minimize transmission errors or disruptions as it can recognize changes in the immediate environment – such as people or pets moving around the room – and switch paths accordingly. Additionally, for maximum signal strength, the box’s antenna can be easily rotated and/or tilted to align with the TV’s location. For maximum usability, the Zero Connect box is voice recognition-enabled, meaning users can turn on and manage the M3 and connected devices using simple, spoken commands.

The appeal of a TV like this is to eliminate wires, which are always a particularly big issue with TVs. But it doesn’t eliminate them, since you still have to deal with routing them to the Zero Connect box and hiding them the best you can. I imagine if this were a mass-market product, a lot of people would just keep the box in their infotainment centers, similar to a cable box or Blu-ray player.

Still, this TV is really impressive. The fact that it can transmit 4K 120Hz without any delay is very cool, and it looks exceptional on top of that. Obviously, there are still some questions left on the table like whether it’s any good at handling gaming or audio from external components. But until there’s a consumer version of the Signature OLED M, we probably won’t know the answers.