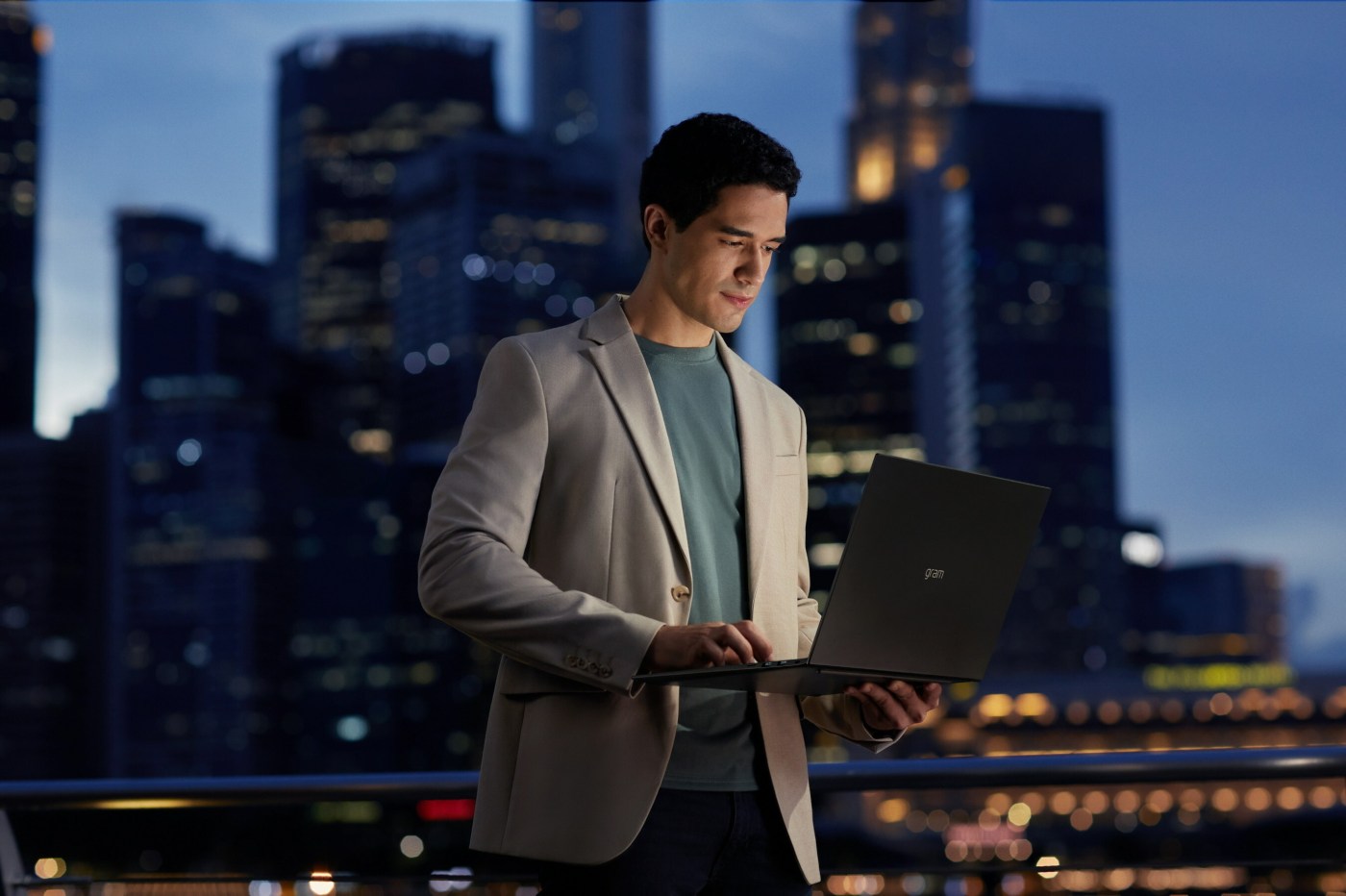 LG Electronics (LG) is introducing an expanded LG gram lineup, which offers more diversity than ever thanks to the arrival of the exciting, new gram Ultraslim and gram Style, at CES 2023.
LaptopsNews

The rest of the Gram series is also being updated with Intel's 13th-generation Raptor Lake processors, better graphics, and more.

LG is classing things up at CES 2023 with the introduction of its new Gram Style and Gram Ultraslim laptops. They’re the flagship entires in its refreshed Gram lineup, which is famous for offering extremely lightweight laptops with great battery life. The Ultraslim is the laptop of the two that takes this concept even further by offering a really thin profile, while the Style tries to take on popular high-end laptops like Dell’s XPS 13 Plus and HP’s Elite Dragonfly G3.

The Gram Ultraslim measures in at 10.99 mm at its thickest point and weighs 998 grams (about 2.2 lbs). It features a big 15.6-inch OLED display (which is unfortunately 1080p) with an anti-glare coating and 60Hz refresh rate. Inside the slim chassis are Intel’s latest 13th-generation Raptor Lake processors, up to 32GB of LPDDR5 RAM, 1TB of storage, and a 60WHr battery. LG says the laptop ships with an “ultra-compact adapter” for charging, although it doesn’t specify how fast it charges or how long the battery lasts.

While the Ultraslim is an interesting machine, the Gram Style will be getting the most attention at CES, if only because of how different it looks. LG is using glass for its design and varying color options that dynamically change when light reflects it a certain way. The biggest design draw is a haptic trackpad that’s hidden when you’re not using it, then fades into existence with an LED light when you touch it. I have to imagine this will take some getting used to since your hand won’t automatically know where to go once you start using it, but I plan to check it out on the CES show floor to figure out whether that’s true.

The Style is available in 14-inch and 16-inch sizes, each with slightly different WQXGA+ resolutions to accommodate the available screen real estate. They’re each OLED panels and get up to 400 nits bright, while the 16-inch model gets a smooth 120Hz refresh rate. (Luckily, the 14-inch model isn’t too far behind with its 90Hz refresh rate, but I’ll go to the grave saying 120Hz is the best refresh rate.)

The rest of LG’s new Gram lineup is a bit more ordinary, with the Gram 17, 16, 15, and 14 getting the new Nvidia GeForce RTX 3050 4GB GPU, as well as 13th-generation Raptor Lake chips. They also ship with variable refresh rates, similar battery life to the previous generation (around 20 hours of video playback on a full charge), military-grade drop protection, Thunderbolt 4 ports, and LG’s usual suite of software goodies like Glance by Mirametrix.

There’s also a couple of new 2-in-1s in the Gram lineup. LG is updating the 14-inch and 16-inch Gram 2-in-1 with the latest Intel chips, new note-taking software, and slightly tweaked designs. LG’s Plus View portable monitor has also been updated with dual USB-C ports so you can connect two devices at once.

LG has yet to confirm pricing and availability information for its new Gram lineup, but when that information is available, I’ll let you know.