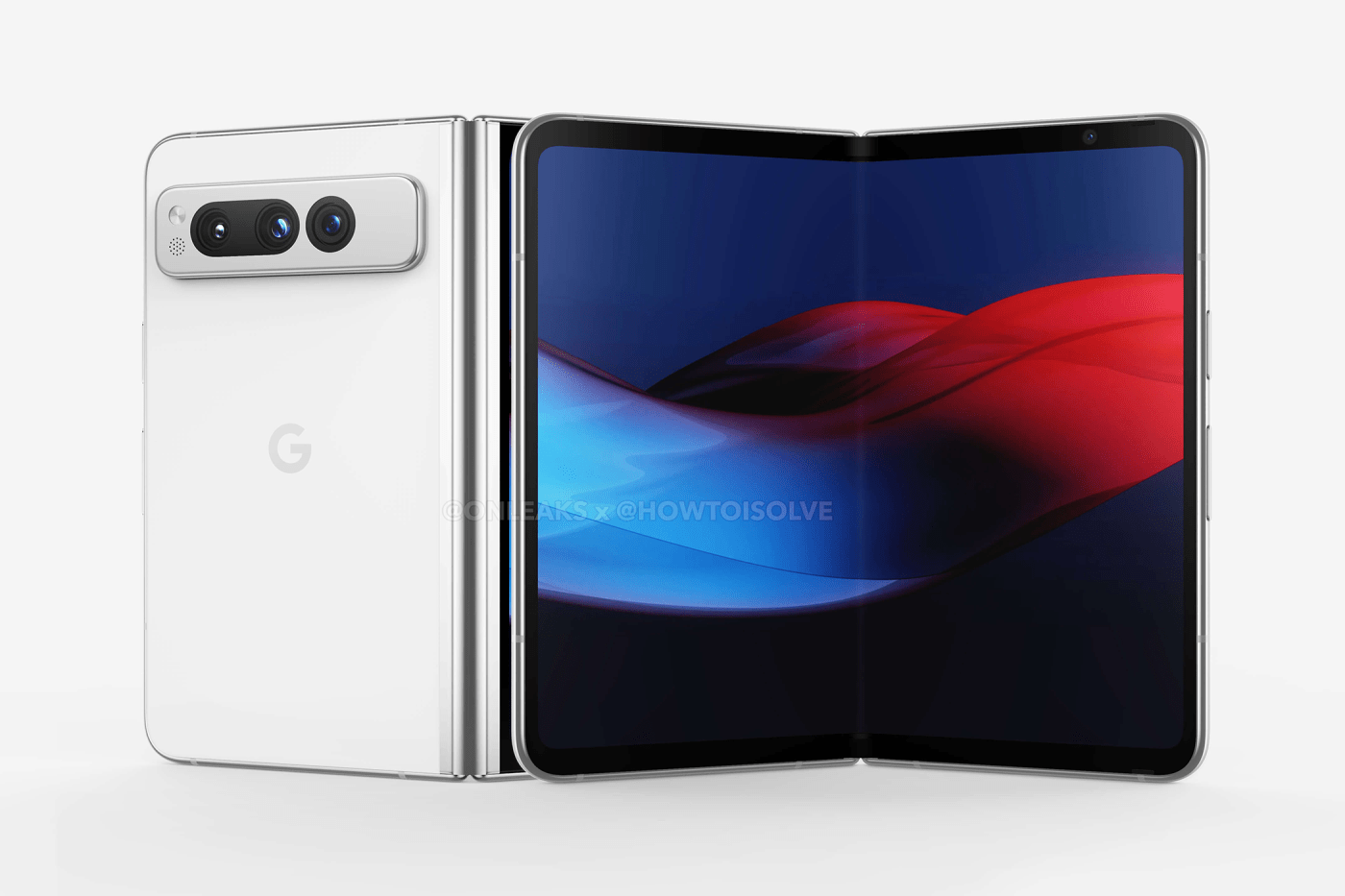 The phone will likely be bigger than the Samsung Galaxy Z Fold 4, while making the inner screen wider.

It definitely looks like Google is releasing a foldable Pixel in 2023. After the renders we got in November from Jon Prosser and Ian Zelbo, Steve Hemmerstoffer of OnLeaks (in conjunction with Howtoisolve) has published a fresh round of renders depicting the Pixel Fold in all its glory. They look similar to the ones from FrontPageTech, but there’s more: OnLeaks is also providing specs and dimensions.

According to OnLeaks, the Pixel Fold will measure in at 158.7 x 139.7 x 5.7mm (or 8.3mm if you account for the camera bump). This compares to other foldables like the Galaxy Z Fold 4 from Samsung, which measures in at 155.1 x 130.1 x 6.3mm. That means the Pixel Fold will likely take after the Oppo Find N and offer a wider viewing experience when you unfold the 7.69-inch inner display, making it more suitable for watching videos and using tablet apps. The 5.79-inch cover screen will also be wider than the 6.2-inch cover screen on the Z Fold 4.

The renders further confirm that the inner display will have bezels above and beneath it, while a large camera bar will sit on the back. There will be selfie cameras above the inner screen and in a hole-punch on the cover, a USB-C port will be used for charging, and stereo speakers will flank the top and bottom. OnLeaks says the phone will ship with a Tensor G2 processor, around 12GB of RAM, and mmWave 5G support. It’ll come in either silver or black, cost $1,799 (as previously confirmed by FrontPageTech), and launch in May 2023.

Overall, the Pixel Fold is shaping up to be an interesting device. I have no idea if it’ll be any good (duh, I haven’t used it yet), but if these renders and Google’s history of excellent software are any indication, we might be in for a real treat with this device.