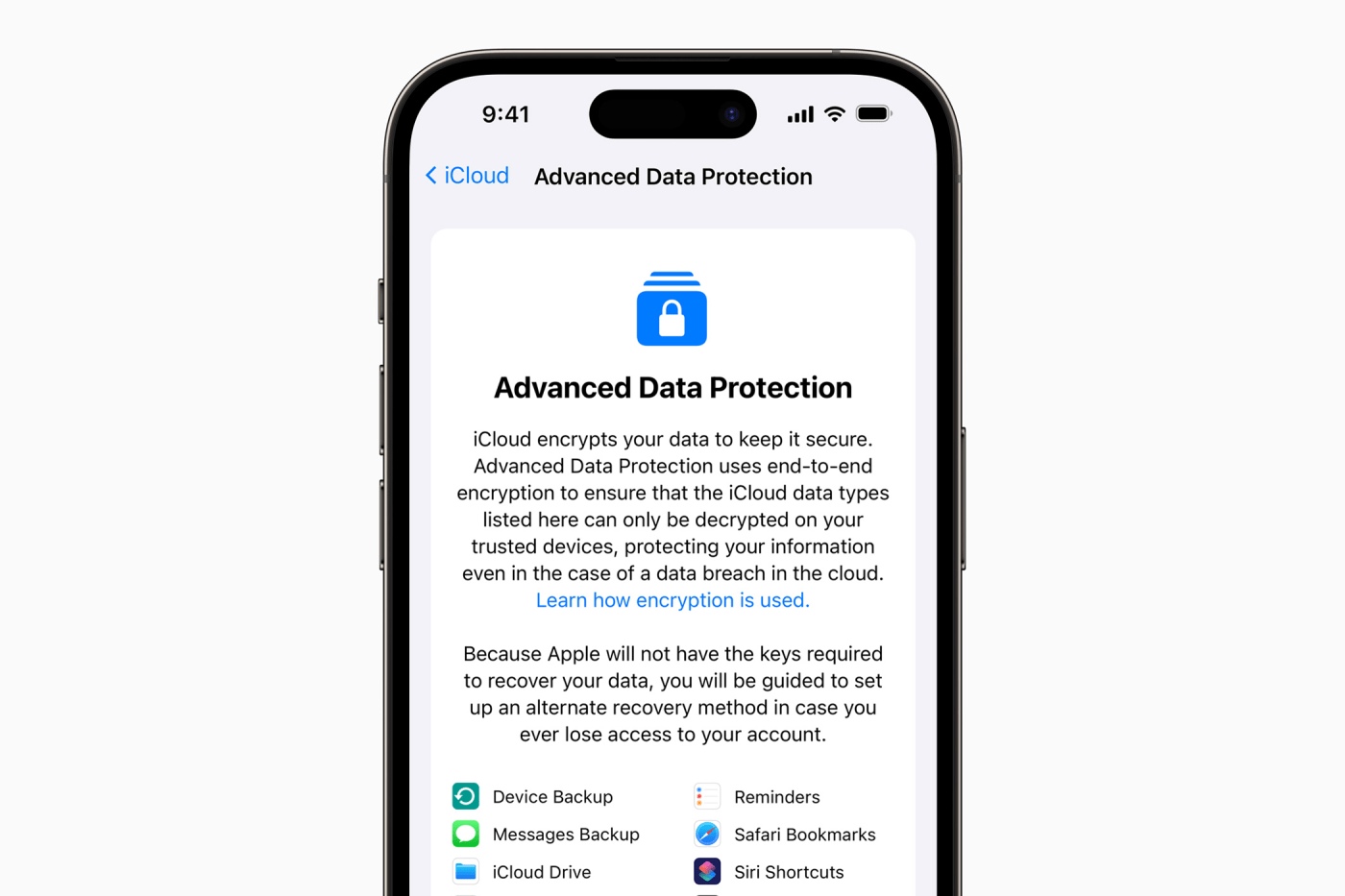 The company is beefing up its security practices even further to help push the narrative that it cares the most about your privacy.

Apple is taking its security practices up a few notches. In a press release, the company announced three new upgrades to help protect your data and safety, and the biggest user-facing one is support for security keys for two-factor authentication. Now, instead of relying on a code through a prompt or text message, you’ll be able to plug in a USB security key into a device and log into your Apple ID.

Another notable feature is iMessage Contact Key Verification, which helps you prove the person you’re speaking to isn’t lying about their identity. This function is primarily designed for those at heightened risks of having their data breached or being stalked. It allows you and the person you’re chatting with over iMessage to receive automated alerts if an “exceptionally advanced adversary, such as a state-sponsored attacker, were ever to succeed breaching cloud servers and inserting their own device to eavesdrop on these encrypted communications.” You also have the ability to ask for a special code that you and the other person receive in order to verify one another’s authenticity.

The biggest new feature is Advanced Data Protection, a blanket term Apple is using for the addition of encryption throughout iCloud. You’ll have to manually turn the feature on, but assuming you do, you’ll have more areas of your iCloud account encrypted, including photos, notes, and iCloud Backups. Apple says 23 different data categories will be protected, compared to 14 when Advanced Data Protection is off. The company notes that you can’t encrypt your email, calendar, or contacts because they rely too heavily on universal systems to operate.

All of these changes come amid increasing numbers of data breaches all across the world. In Apple’s press release, it quotes a new summary of data breach research called “The Rising Threat to Consumer Data in the Cloud,” published today. “Experts say the total number of data breaches more than tripled between 2013 and 2021, exposing 1.1 billion personal records across the globe in 2021 alone,” Apple said. “Increasingly, companies across the technology industry are addressing this growing threat by implementing end-to-end encryption in their offerings.”

The changes also further push the narrative that Apple is the company who cares the most about your data. In recent years, Apple has taken an aggressive marketing turn in constantly reminding you of how secure your data is when it’s stored on an iPhone, iPad, MacBook, or any other device sporting an Apple logo. From billboards to TV commercials to introducing a toggle for iPhones that literally cost Facebook $10 billion, the company is clearly not screwing around when it says “privacy is a fundamental human right.”

Apple says Advanced Data Protection for iCloud is launching today for those enrolled in the Apple Beta Software Program, while the general public in the US will get it by the end of 2022. Both iMessage Contact Key Verification and Security Keys for Apple ID will land in 2023.