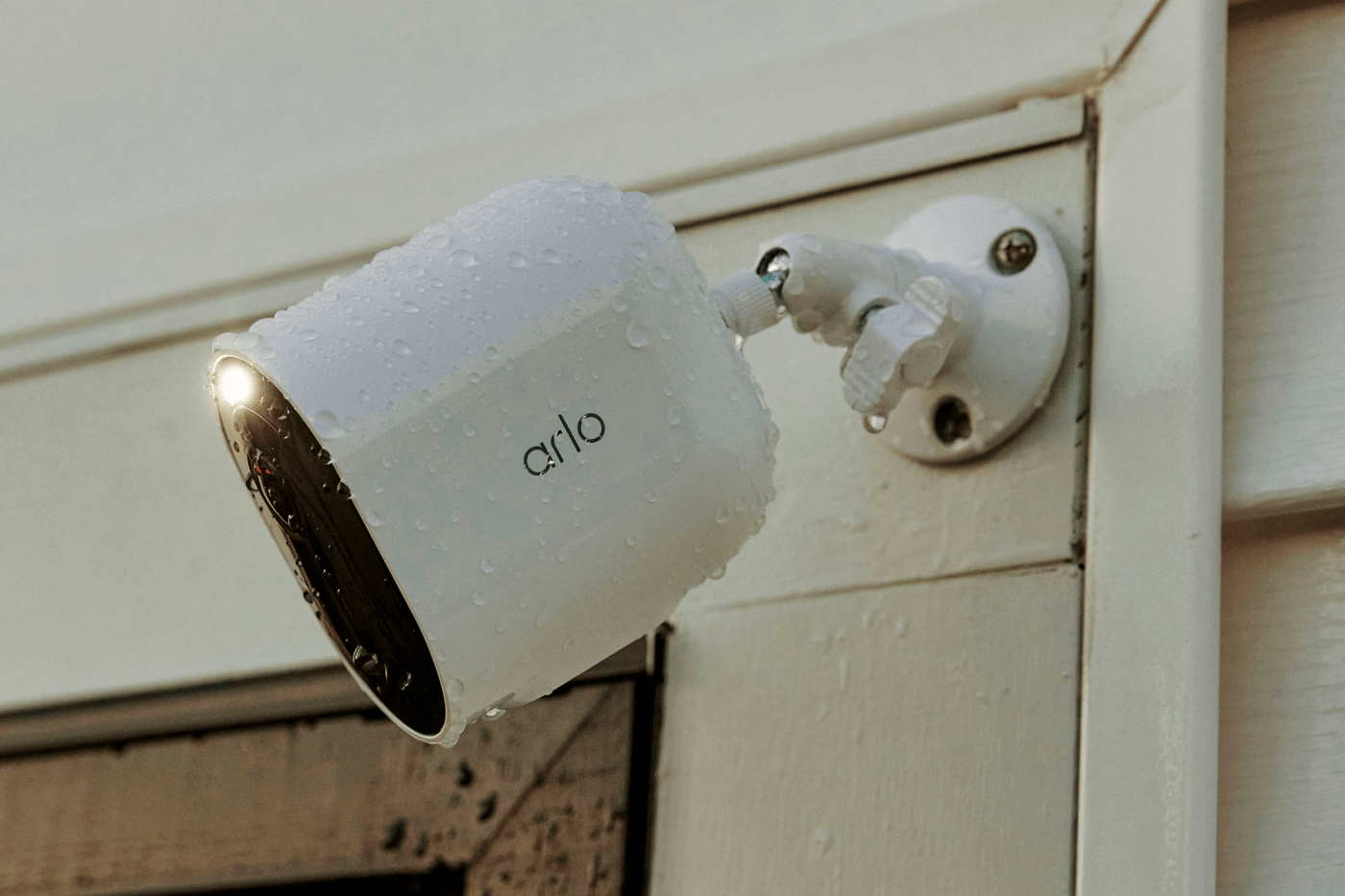 The new camera also has dual-band Wi-Fi support and longer battery life. It's up for preorder now for $249.99.

Arlo has announced its new Pro 5S 2K wireless security camera, an upgrade over the Pro 4 that tacks on a handful of new features like sharper video, longer battery life, and compatibility with the company’s new Home Security System. It’s going up for preorder today at Arlo.com and Best Buy, and it’ll land at national retailers in the near future.

The Pro 5S 2K camera is a lot like the Pro 4, to a point where you probably don’t have to worry about upgrading if you already own a Pro 4. It still comes with 2K video capture in HDR, a 160-degree viewing angle, an integrated spotlight, built-in siren, color night vision, two-way audio, and compatibility with Amazon Alexa and Google Assistant. What’s new are a few spec bumps.

The first of which is dual-band Wi-Fi support. This lets the Pro 5S automatically switch between 5GHz and 2.4GHz Wi-Fi connections to guarantee you’re getting the strongest signal available. Then there’s the longer battery life, which Arlo says is up to 30 percent longer than what the Pro 4 could kick out. It’s thanks to a new low-power mode that kicks in when the Pro 5S connects to Arlo’s new Home Security System over its proprietary SecureLink technology.

Speaking of which, the Pro 5S works with just that, Arlo’s Home Security System. Announced yesterday in a press release, the system leans on a new eight-in-one sensor and Keypad Sensor Hub to detect things like motion, door/window openings and tilt, water leaks, freezing temperatures, lighting changes and T3/T4 smoke/CO alarm audio sirens. If the system is triggered, the new Arlo Secure app will give you a quick way to contact emergency services. The keypad is also chock-full of buttons you can press to contact the emergency services you need in almost any event, whether it’s a burglary or accidental disaster.

The Pro 5S leans on the system for better security for your video, as well as increased battery life since it relies on the lowest power band to operate. These changes bring Arlo’s security system better in line with what competitors like Ring have been offering for a while. “Pro 5S is hands down the most secure and reliable camera Arlo has engineered to date,” said Tim Johnston, senior vice president of Product at Arlo. “Integrating three wireless technologies into one extremely compact form factor ensures users are better equipped to protect their everything. Supporting the overall Pro 5S experience, the redesigned, intuitive Arlo Secure App ensures frictionless access to the most comprehensive monitoring tools available.”

The Pro 5S 2K security camera will cost $249.99 when it goes on sale. The Arlo Home Security System is available to preorder for $199.99 with one Keypad Sensor Hub, two All-in-One multi-sensors, 30-days of 24/7 Professional Monitoring, and a window decal. The system is completely customizable, too, so you can add or subtract sensors and hubs as you see fit.