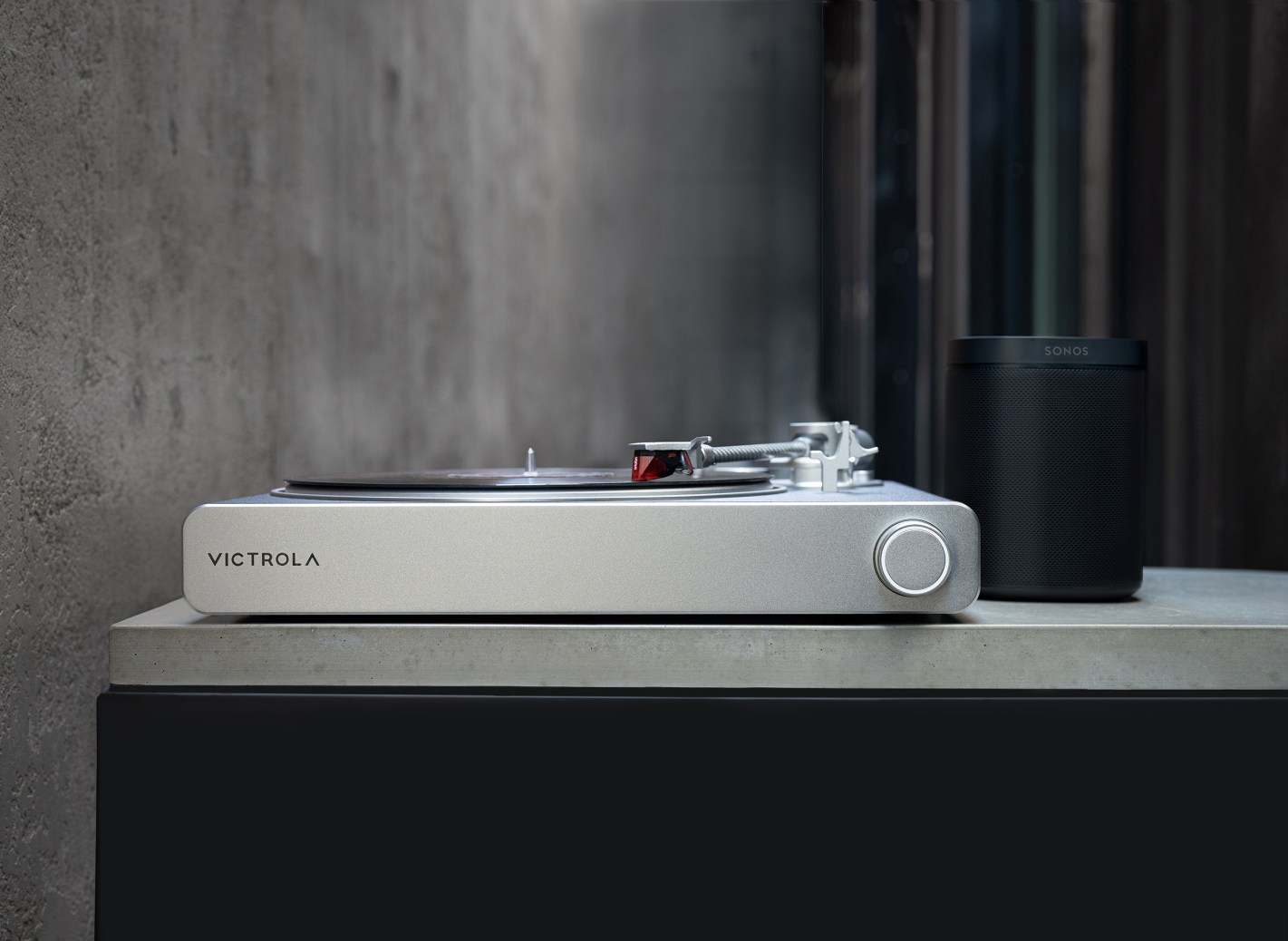 The new Stream Carbon connects with your Sonos sound system so you can enjoy all of your favorite vinyls wherever you are in your home.

Victrola, one of the mot popular turntable and music brands in the world, has announced the Stream, the company’s first wireless vinyl record player that integrates directly with Sonos speakers and sound systems. It’s similar to other turntables from companies like Pro-Ject that also integrate with Sonos. It’ll initially hit the market as the Stream Carbon, a gussied-up version of the basic Stream with a nicer design.

With the Stream Carbon, Victrola promises a “single, simple setup process via a Victrola Stream app” is all that’s required to get the turntable hooked up to your Sonos system. Once connected, you can play your records at both 33 1/3 and 45 RPM on its low-resonance veneered MDF plinth. You can control playback from either the control knob on the turntable or the Sonos app, and you have the ability to send the audio from the turntable to any Sonos speaker in your home, just like you can with digital music.

In addition, the Stream Carbon features a premium Ortofon Red 2M moving magnetic cartridge for better optimized sound reproduction, as well as a higher level of sonic accuracy through Sonos speakers. You also get a carbon fiber tonearm (hence the name) and a custom-designed removable headshell.

A big reason why this turntable exists is because of the explosion of interest in vinyl records over the past few years. Compared to this time in 2021, vinyl sales are up 27.4 percent, according to a study from Luminate Midyear Music Report. In 2021 alone, vinyls generated $1 billion in revenue, the most they’ve made since 1986. As artists continue to push vinyls as significant parts of their album rollouts, it doesn’t look like recent vinyl mania will be slowing.

“We spend a lot of time with our consumers trying to understand how and why they like to listen to music the way they do. We discovered a massive number of Sonos system owners were also active vinyl listeners. Even more importantly, consumers told us they would listen to music even more if they could play their favorite records through their Sonos system, using their Sonos app,” said Scott Hagen, CEO of Victrola, in a press release. “It was with this in mind that led us to working with team members at Sonos on a multi-year journey that ultimately resulted in the coolest music product I’ve ever had the opportunity to help bring to market. We are proud of how easy to set up and use the Victrola Stream Carbon is, but we are even more proud of the reaction we see when someone listens to records with friends or family through their Sonos system.”

Notably, Sonos speakers aren’t the only output devices you can use with the Stream Carbon. Victrola also includes RCA on the back with a built-in preamp so you can still take advantage of wired speakers in your home. That being said, this record player is designed and optimized to work with Sonos, so you’ll probably want to shop elsewhere if you aren’t in the Sonos world.

Victrola has priced the Stream Carbon at $799, and it’s up for preorder now through Victrola.com, Best Buy’s Magnolia Design Centers, and other specialty audio retailers. The player will start shipping in October.