Live updates from Apple's big event where the iPhone 14, Apple Watch Series 8, and second-gen AirPods Pro are all expected.

The day has finally come: Apple is hosting its special event dubbed “Far out” today. Kicking off at 10 a.m. PT/1 p.m. ET, the keynote is the company’s first to be held at the Steve Jobs Theater in-person since the iPhone 11 launch in 2019. To mark its return to in-person events, Apple has a slew of announcements to make, including the new iPhone 14 series, Apple Watch Series 8, and second-generation AirPods Pro.

If you want to know everything that gets announced in real time, follow along to my liveblog below where I’ll be sharing updates as they come in. I’ll have a cup of coffee sitting next to me, a few screens open, and some snarky remarks to make along the way.

And that's a wrap! Thanks for following along with my liveblog. Time to go write some articles... 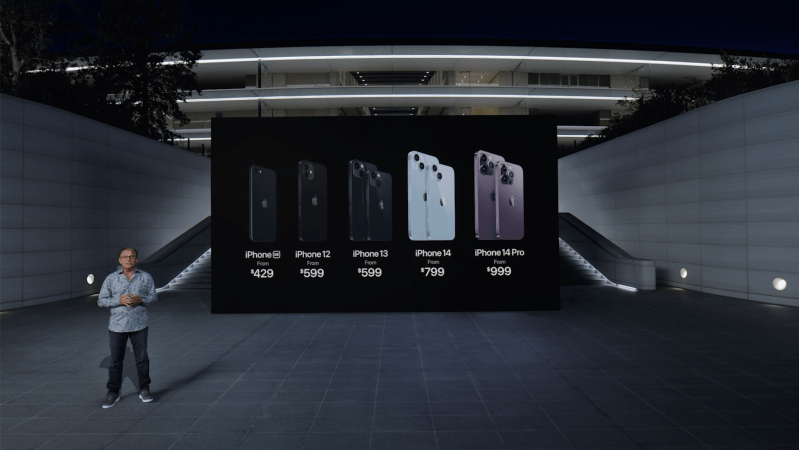 iPhone 12 lives to see another day.

iPhone 14 Pro starts at $999 while the 14 Pro Max starts at $1,099. Both are up for preorder this Friday, September 9th. Orders will start shipping on September 16th. You better believe I'm getting up early to get my hands on the 14 Pro Max. 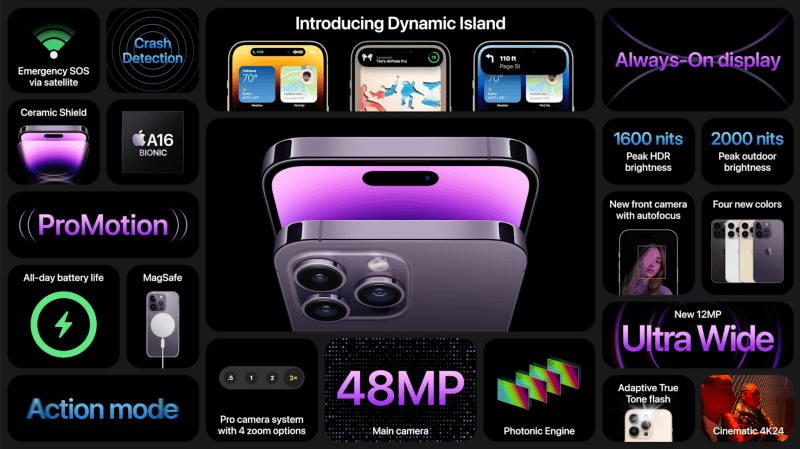 All cameras on the iPhone 14 Pro offer better low-light performance, according to Apple.

LED flash is up to 2x as bright as before. Can't imagine that'll make much of a difference beyond being able to see more when using the flashlight.

ProRAW photos can now be captured at 48MP with the new sensor on the iPhone 14 Pro. That's really exciting.

ProRAW photos can now be captured at 48MP with the new sensor on the iPhone 14 Pro. That's really exciting.

Apple is adding a 2x zoom stop on the iPhone 14 Pro with 12MP resolution.

Yes, the feature I'm most excited about on the iPhone 14 Pro are the cameras. I really hope this 48MP sensor makes a notable difference compared to my 13 Pro.