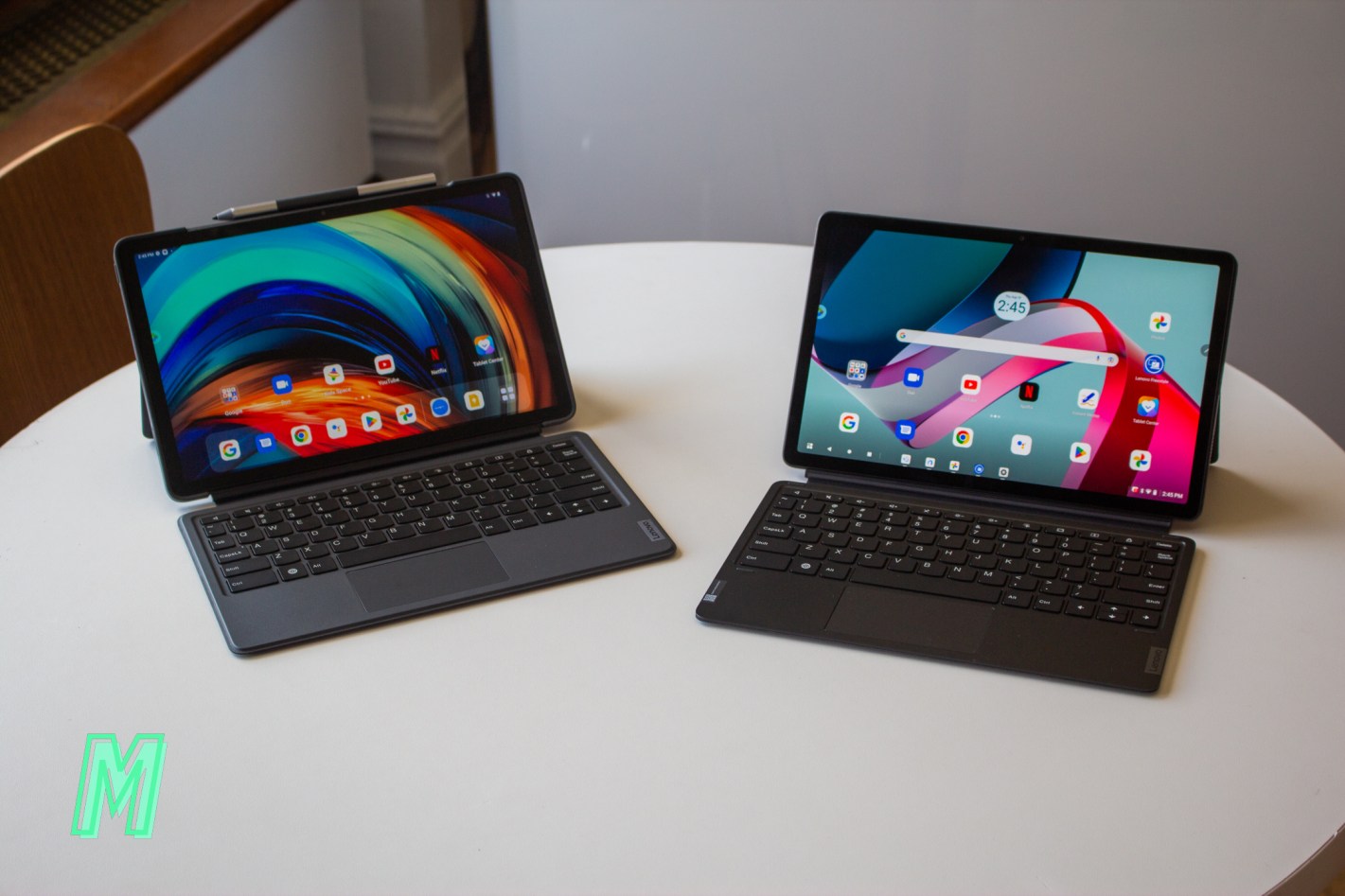 The company has also announced a new Tab P11 with improved performance, a better screen, and a low price tag.

The new P11 Pro takes on a similar design to its predecessor with an 11.2-inch display. It’s OLED just like before, except this time it boasts a much nicer 120Hz refresh rate. Lenovo also equipped the screen with a 360Hz touch sampling rate for improved responsiveness during gameplay, and its resolution of 2560×1536 helps to keep things sharp. It gets up to 600 nits bright, offers Dolby Vision and HDR10+ playback, and offers 100 percent of the DCI-P3 color gamut.

In a brief hands-on with the tablet, I was pleased with the screen I was looking at. Colors were bright and vivd, and things felt incredibly responsive thanks to the faster refresh rate. Honestly, it’s a little hard to believe this screen is shipping on a tablet that costs under $400 (more on that later).

Inside, Lenovo equips the new P11 Pro with an octa-core MediaTek Kompanio 1300T processor which the company says is 120 percent more powerful than the Snapdragon 730G inside the previous model. It’s paired with up to 8GB of RAM and 256GB of storage. There’s an 8,200mAh battery inside which is 400mAh smaller than the older model, but battery life is still expected to last up to 14 hours on a full charge.

Around the tablet, Lenovo includes a four-speaker system from JBL with Dolby Atmos-powered spatial audio support. I didn’t get to hear the speakers during my demo, so I’ll be diving into them once I get a review unit.

Lenovo is continuing its push to make the P11 Pro a capable alternative to Apple’s iPad Air and Samsung’s Galaxy Tab line in the productivity world by bundling a ThinkPad-inspired detachable keyboard and Precision Pen 3 in the box. The device is powered by Android 12 and offers a suite of multitasking features so you can run apps side-by-side and take advantage of the large screen. Obviously, Android isn’t exactly known for being the best at multitasking, so it’ll take real-world usage to tell whether Lenovo’s work to improve it pays off.

Alongside the new Tab P11 Pro, Lenovo is also introducing a new Tab P11. It boasts an 11.5-inch LCD 2000×1200 display with 400 nits of brightness and an optional 120Hz refresh rate, a MediaTek G99 octa-core processor (50 percent faster than the previous model), up to 6GB of RAM, and up to 128GB of storage (expandable via microSD card). It also comes with a four-speaker system, although there doesn’t appear to be support for spacial audio. The battery weighs in at 7,700mAh, and it’s powered by Android 12L.

Both the Tab P11 and P11 Pro ship with Lenovo’s Project Unity software, which allows you to pair your tablet with a Windows PC and use it as a second screen to extend your desktop and take advantage of touch and stylus input. Moving forward, Lenovo will be calling it Freestyle, which doesn’t make much of a difference beyond the tool no longer being considered a “project.”

In addition, both tablets also come with free subscriptions to note taking app Nebo and MyScript Calculator 2. The devices are guaranteed major system upgrades until Android 14, and they’ll each get three years’ worth of security patches.