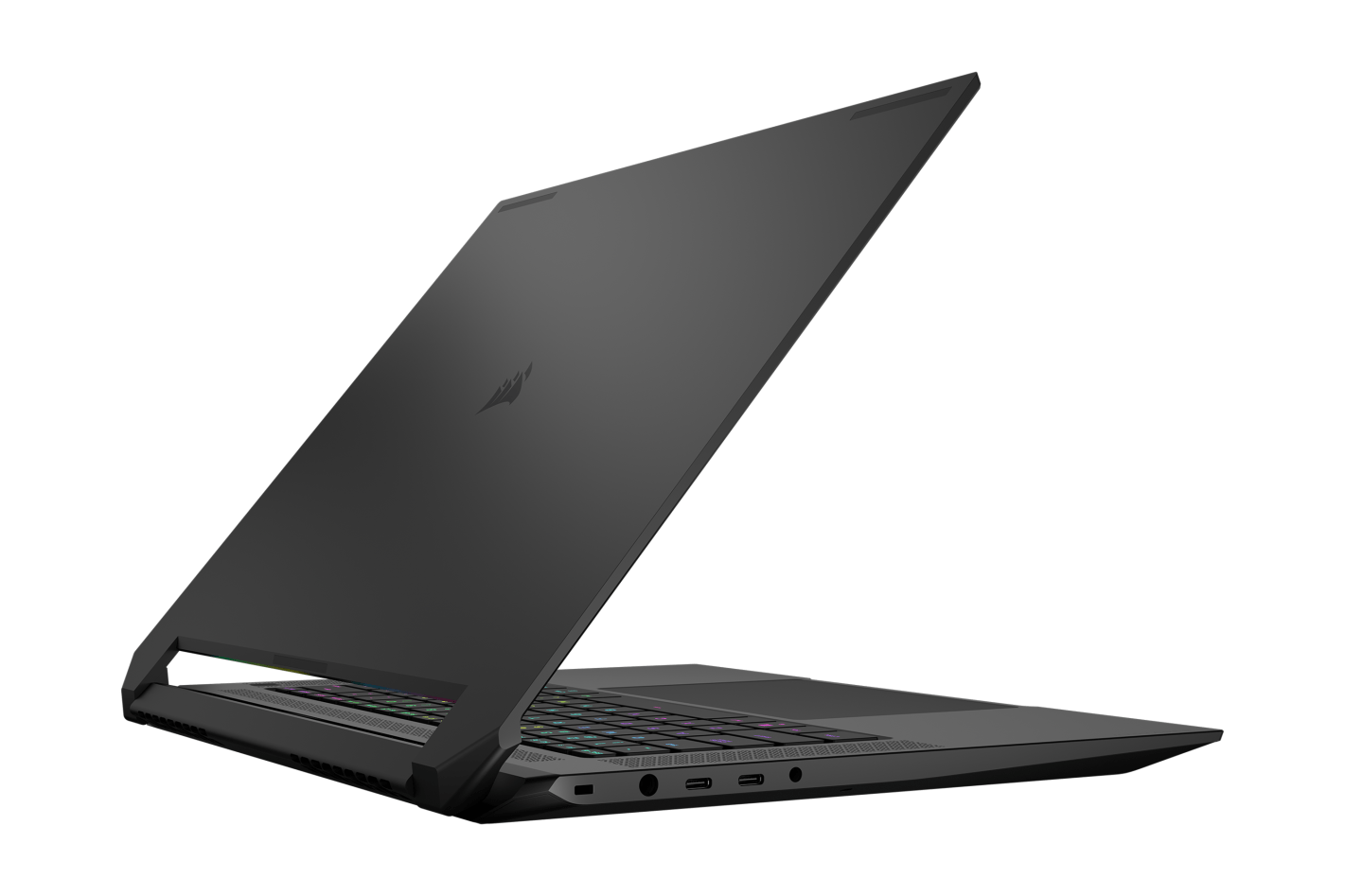 Another player has entered the laptop arena: Corsair. The company’s never been directly associated with the laptop market, but after its acquisition of Origin in 2019, it was inevitable that some type of Corsair-branded clamshell would eventually hit the market. Today, that expectation was fulfilled with the announcement of the Voyager a1600 gaming laptop, a beefy-looking machine that’s all-too reminiscent of a past laptop line.

A quintessential gaming laptop with an interesting twist

As previewed during Computex 2022, the Voyager a1600 looks like any other gaming laptop on the market. It’s got a beefy design that comes in a sleek matte black finish, RGB lighting under the keyboard, and plenty of sleek angles that say “hey, I’m indeed a modern gaming laptop.”

But there’s one design element everyone’s talking about, and that’s the touch bar. Well, the shortcut key row that looks and acts similar to Apple’s Touch Bar. It’s mounted above the hinge on the Voyager a1600, and it can be used when the laptop is closed because of it.

It’s the area with the most interest for the laptop since it’s the most unusual, but it seems to be much more conventional than anything. Corsair says the “S-Keys,” as they refer to them, can be programmed using Elgato’s Stream Deck software and are primarily designed for live-streaming. It’s also got a static interface, unlike what Apple had on the old MacBook Pro. If anything, the Voyager a1600 is similar to Dell’s latest XPS 13 Plus in terms of functionality.

This takes away some of the mystique associated with the feature, but it’s at least harder to predict whether it’ll last more than one generation of laptop. If they work well, Corsair could make this a staple in their lineup and not have to try and convince people to like it. Only time will tell if that’ll happen,

Taking a look at the spec sheet, Corsair includes a solid formula that should appeal to many gamers. There’s a 16-inch 2560×1600 display with a 240Hz refresh rate, a 1080p webcam above it, and a suite of ports like two Thunderbolt 3s, a standard USB-C, a USB-A, an SD card reader, and a headphone jack. Under the hood, you’ll have a choice between a Ryzen 7 6800HS or Ryzen 9 6900HS processor, up to 64GB of RAM, and up to 2TB of storage. Both models will ship with Radeon 6800M graphics. The battery weighs in at 99Wh (the largest you can legally bring on an airplane), however there’s no estimated endurance metrics to quote. You’ll also get Bluetooth 5.2 and Wi-Fi 6E.