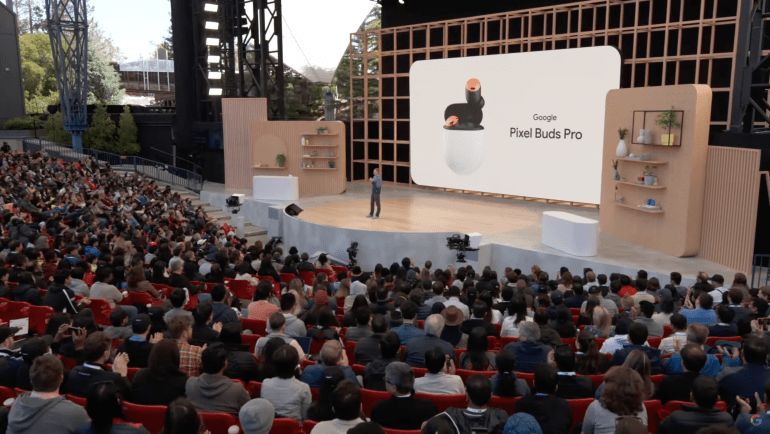 During the opening keynote for I/O 2022, Google took some time to unveil new hardware, and one of its announcements were new Pixel Buds. Called the Pixel Buds Pro, the new earbuds are the company’s highest-end it’s ever offered, and they’re the priciest at $199.

One of the biggest new features associated with the Pixel Buds Pro is active noise cancellation, which blocks out unwanted noise when listening to content. Google’s take on the feature bundles it with Silent Seal which adapts to your unique ear shape to block out extra noise. According to Google, ANC is also unique in the case of the Pixel Buds thanks to custom algorithms and processor that power it. Transparency mode is also supported.

As well as improved sound quality, Google says the Pixel Buds Pro offer better bass at every volume thanks to Volume EQ, as well as multi-device connectivity so you don’t have to fondle with Bluetooth menus when switching devices. Voice pickup is also improved thanks to both new microphones and a sensor that analyzes vibrations near your jaw to better understand what you’re saying.

The Pixel Buds Pro offer a new two-tone design that’s meant to fit in your ears a bit more comfortably. They also manage to block out external noise better than previous versions of Pixel Buds, and they’re IPX4 water and sweat resistant so you can wear them while working out. Touch controls are still available on either earbud, while the case remains pretty much unchanged.

Battery life is rated at up to seven hours using ANC and 11 hours with it turned off. The case can supply you with up to 20 hours of usage, and it’s compatible with Qi wireless charging as well as quick charge over USB-C.