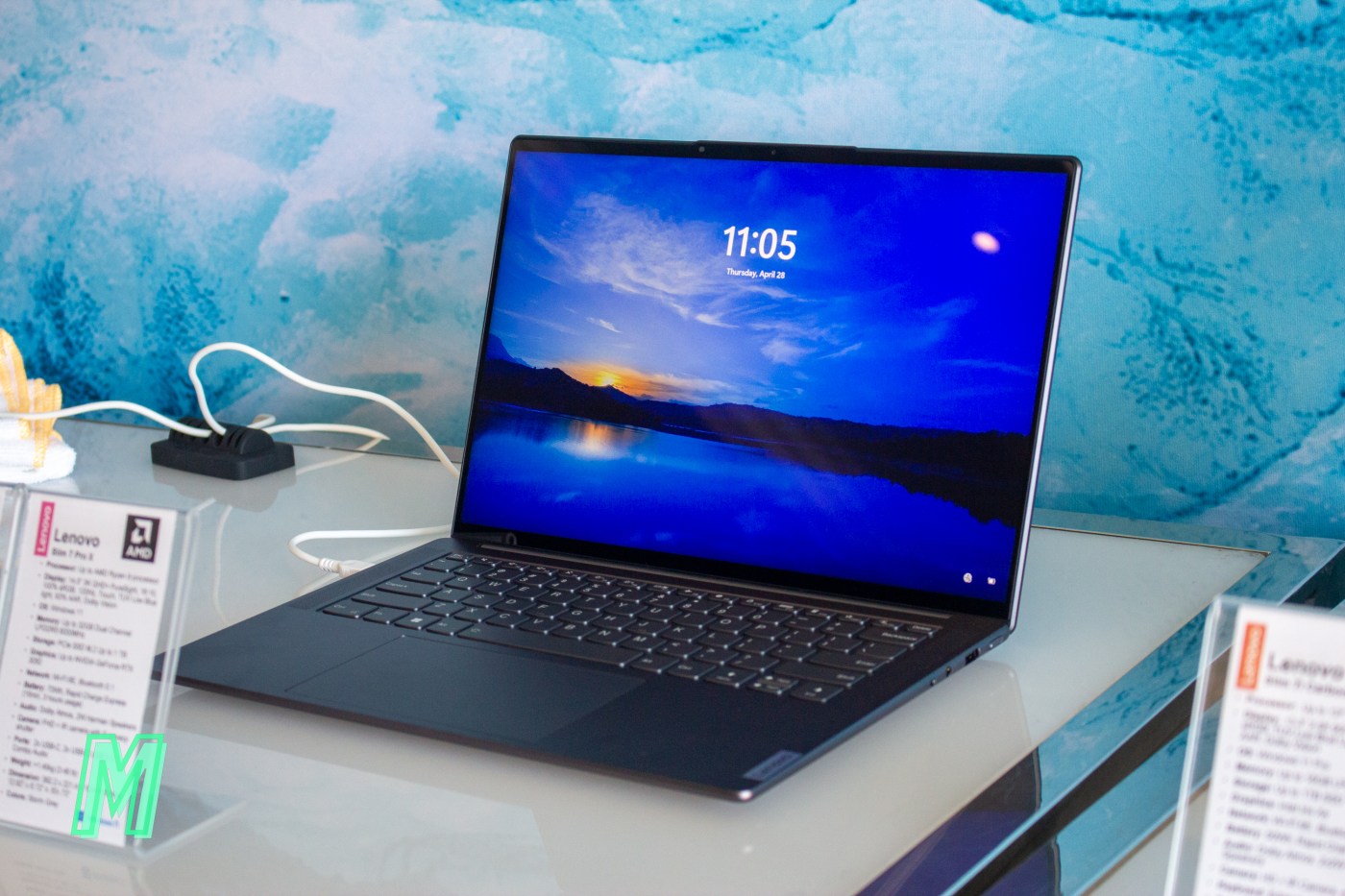 There's also a handful of other Slim 7-branded laptops launching.

Lenovo has announced two new laptops geared toward creators: the Slim 7 Pro X and Slim 7i Pro X. The new machines pack powerful specifications like 32GB of RAM, Nvidia GeForce RTX 3050 graphics, and the latest processors to provide creators with the horsepower they need on the go. They’re being announced alongside a handful of lower-end Slim 7-series laptops.

The “i” in the Slim 7i Pro X’s name is an indicator for models that come with Intel processors. Lenovo is giving users the option of either Intel’s 12th-generation H-series chips (up to an i7-12700H) or AMD’s 6000 series chips (up to a Ryzen 9 6900HS Creator Edition). Both variants come with up to 32GB of LPDDR5 RAM and 1TB of PCIe Gen 4 SSD storage. You also get discrete graphics, with either Nvidia’s GeForce GTX 1650 or RTX 3050, both with 4GB of GDDR6 vRAM.

To help maximize performance, Lenovo includes its proprietary X Power technology that intelligently tunes the CPU and GPU for the task you’re currently performing. Lenovo said this is particularly helpful when editing videos or photos.

The display measures in at 14.5-inches and ships with a 3072×1920 resolution. It comes configured with a 120Hz refresh rate, a 16:10 aspect ratio, up to 400 nits of brightness, 100 percent of the sRGB color space, and Dolby Vision. Lenovo ships the laptops with a matte finish by default, but you can upgrade to a glass touchscreen if you’d like.

Since it’s a Lenovo laptop, there’s a reverse notch above the display, packed with Windows Hello IR cameras and a 1080p webcam. There are twin Harman Kardon speakers for audio, as well as support for Dolby Atmos. Around the laptops are two USB-C ports (or Thunderbolt 4 on the Intel models), up to two USB 3.2 port, a headphone jack, and an HDMI port. Bluetooth 5.1 and W-Fi 6E are also on board.

Lenovo says the 70Whr battery inside the laptops will last up to 15.5 hours on a full charge. Rapid Charge Express is available for both the Intel and AMD models, with up to three hours of usage after just 15 minutes of charging. A special version of the Slim 7i Pro X will offer even faster charging, with a 50 percent charge in just 30 minutes.

Lenovo is also introducing the new Slim 7i Carbon, a laptop aimed at providing an easy way to get things done “from their living room to the office.” The laptop comes with a 13.3-inch 2560×1600 display with a 90Hz refresh rate, up to 400 nits of brightness, and 100 percent of the sRGB color space. Under the hood, you’ll find up to a 12th-gen Intel Core i7 processor, 32GB of LPDDR5 RAM, 1TB of PCIe storage, and Intel Iris Xe graphics. The battery is rated at 50Whr which should last up to 13.5 hours on a full charge, and it has Rapid Charge Express. There’s a Thunderbolt 4 port on the side as well as a standard USB-C port, while a 1080p webcam lives in the notch.

The design of the Slim 7i Carbon has been tweaked from previous iterations of the Slim Carbon line, with a larger trackpad, edge-to-edge keyboard, and rounded edges for a more comfortable experience. It weighs in at 2.2 pounds which feels very lightweight, much lighter than what its specs would lead you to believe.

Finally, there’s the Slim 7 and Slim 7i Pro, both of which lean on premium performance and design.

They each come in either 14-inch or 16-inch sizes, with an OLED variant available on the 14-inch and up to a 165Hz refresh rate on the 16-inch. You’ll have to pick and choose which specs you care about when comparing these laptops because they’re beyond scattered (the resolution is better on the 14-inch, for example, while the 16-inch gets slightly brighter and offers touch input).

Under the hood, the Slim 7 comes with AMD’s Ryzen 6000 series chips, while the Slim 7i sticks with Intel’s 12th-gen H-series chips. You’ll find up to 32GB of LPDDR5 RAM on the AMD units and 16GB on the Intels, as well as up to 1TB of storage on either. The 14-inch Slim 7i and 16-inch Slim 7 can be configured with discrete Nvidia graphics, with a GeForce RTX 2050 in the Slim 7i and an RTX 3050 Ti in the Slim 7. You’ll also find a variety of USB-C, USB-A, and HDMI ports scattered across the devices, as well as an SD card slot and headphone jack. The 14-inch models have a 61Whr battery inside, while the 16-inch models get a bigger 75Whr cell.

Here’s a breakdown of pricing and availability for these new laptops.