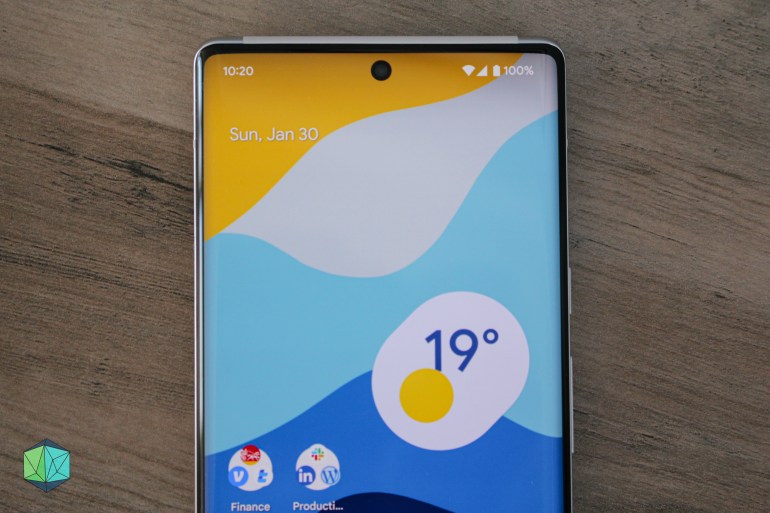 After rolling it out earlier this month to older Pixel phones, Google has finally released the March Feature Drop for the Pixel 6 and 6 Pro. The 490MB update is rolling out to all users now and can be retrieved by going to Settings > System > System update.

The March Feature Drop is technically Android 12.1 or, as more widely referred to, Android 12L. The update focuses on smaller additions when it comes to new features, which translates to things like Night Sight in Snapchat and upgraded Live Captions in phone calls. There are also new At a Glance widgets for your phone screen, co-watching in Google Duo, custom stickers for your texts in Messages, and support for more language translations in transcriptions recorded using the Recorder app.

On the Pixel 6 and 6 Pro, Google also includes a few stability updates that focus on keeping the system running smoother. Things like wireless charging, the fingerprint scanner, Bluetooth, the camera, the display’s refresh rate, and system sensors are all seeing improvements with this update. What’s more, it’s been revealed that the new software also includes support for Verizon’s C-Band 5G spectrum so you can get faster cell speeds (as long as you have a compatible plan, that is).

Spotify launches Car Thing for everyone, priced at $89.99

While it’s likely that Google wanted to take its time with the March update for the Pixel 6 series given its history of releasing software updates to its 2021 flagships, it won’t have an excuse to hold back updates like these any longer as future Feature Drops will all be beta tested months in advance, starting with the June drop. It’s by no means a guarantee that users of the Pixel 6 sieges will get faster updates form now on, but it’s at least a solid indication that that’ll be the case.