The updates are rolling out now to all supported Macs and iPads. 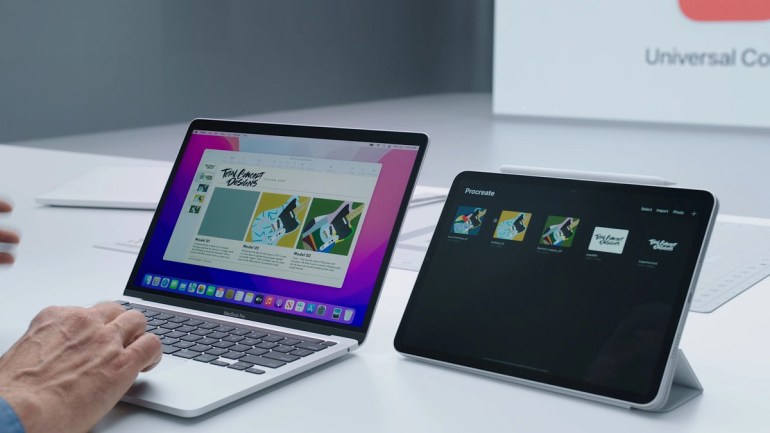 Apple has finally started rolling out its coveted Universal Control feature (albeit in beta form) through two new software updates: macOS Monterey 12.3 and iPadOS 15.4. The feature allows you to seamlessly use a single keyboard and mouse to control both your Mac and iPad, eliminating the need for multi-device support on your accessories. It also lets you drag and drop files between your devices with ease. Early beta testers (like the folks at MacRumors) said it works reliably well.

macOS Monterey 12.3 also includes support for head tracking with supported AirPods when playing Spatial Audio music on Apple Music with an M1 Mac. Apple is also ushering in 37 new emoji with its latest round of updates, including a new peaking face and tears of joy. In addition, Siri gets a new default voice, the Podcasts app gets new filter options for sifting through episodes, the battery indicator in the status bar is more accurate on MacBooks, and saved passwords now support custom notes.

Meanwhile, iPadOS 15.4 gets a lot of the same features as iOS 15.4 which is also rolling out. This includes those 37 new emoji, automated Shortcuts that can run in the background without sending you a notification, the new Siri voice, notes in saves passwords, and deeper SharePlay integration. Unfortunately, Apple didn’t decide to ship the ability to use Face ID with a mask to iPads with Face ID.

Both updates are rolling out to supported devices through the Settings app.