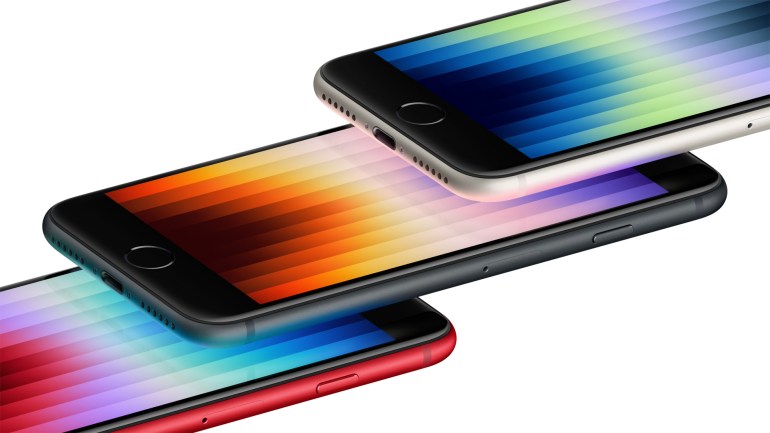 Apple has announced a new version of its iPhone SE, the cheapest iPhone you can get. The price is going up this generation from $399 to $429, but Apple claims to justify that by including a handful of spec upgrades like a better processor, new cameras, and 5G.

The third-gen iPhone SE is all-new, yet all-too-familiar

All about the specs

The biggest upgrade is the A15 Bionic processor which replaces the A13 Bionic in the previous iPhone SE. Apple says the new model will offer up to 1.8x faster performance compared to the iPhone 8, and it’ll power features found on higher-end iPhones like Live Text in the Camera app and on-device dictation.

A sign of the times like no other, the iPhone SE also gets 5G this generation. Mixed with a more efficient processor, Apple says this 4.7-inch iPhone has better battery life than any other 4.7-inch iPhone in history. Of course, that’s a low bar to clear since virtually every iPhone with a 4.7-inch screen has disappointed when it comes to endurance, but I’m certainly curious to see just how long it can last on a full charge.

Another big area of improvement involves the cameras. Apple includes an upgraded 12MP rear camera which comes with virtually all the smart photography features from the iPhone 13 like Smart HDR 4, Photographic Styles, Deep Fusion, and Portrait mode. Apple says the image signal processor in the A15 also aids in better video quality, especially at night.

Beyond that, the new iPhone SE feels like the old iPhone SE. It has that ancient 4.7-inch form factor we’ve been living with since the iPhone 6 in 2014, complete with thick bezels on the top and bottom. You also still get Touch ID which is favored by some and loathed by others. Clearly, Apple’s not interested in bringing a bezel-less gesture-based iPhone SE to the market anytime soon.

The third-generation iPhone SE will go on sale March 18th. Preorders open this Friday. It’ll be available in Midnight, Starlight, and PRODUCT(RED) finishes.