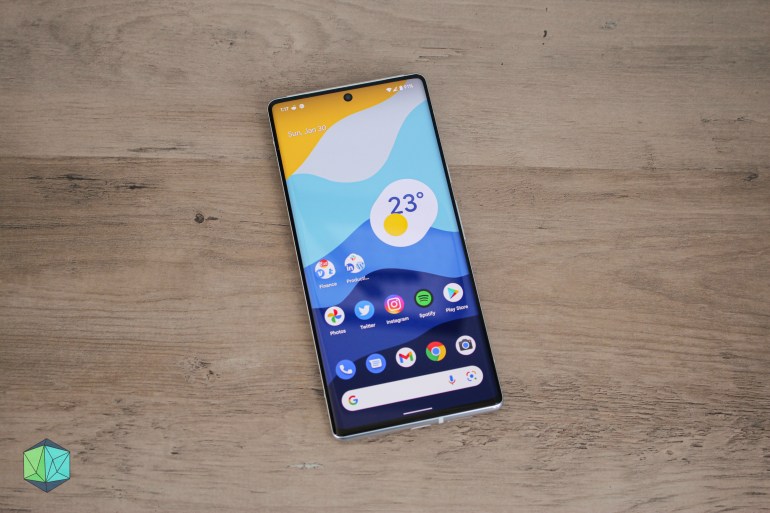 Google has begun rolling out Android 12.1 as its March Feature Drop for the Pixel. The update includes many new features like Night Sight in Snapchat, upgrades to widgets like At a Glance, and improvements to Live Captions. It serves as Android 12L which has been in beta for some time, but for devices that won’t take advantage of all the under-the-hood tweaks that are geared toward tablets and foldables.

In its blog post, Google headlined the Feature Drop with a new Night Sight toggle in Snapchat. Now, when you go to take a snap at nighttime, you’ll be able to take advantage of the Pixel’s Night Sight feature which uses AI to enhance darker images. It appears to be exclusive to the Pixel 6 and 6 Pro, however.

Another big new feature involves Live Captions which have been upgraded for use during phone calls. Previously, you were able to transcribe phone calls in real time so you could read along to what the person on the other end was saying, and now, you’ll be able to respond by typing and having the Google Assistant read out your responses. Geared toward accessibility, the feature certainly sounds useful and could become a mainstream communication method amongst Pixel users.

The March Feature Drop also includes new At a Glance widgets that can display the battery life of connected devices. They can also remind you to disable your alarm if the next day’s a holiday, as well as display earthquake alerts for your area.

Rounding things off, Google says it’s adding the co-watching feature from Samsung’s Galaxy S22 series in Google Duo for all users; custom stickers that automatically generate based on your texts in Messages; Live Captions for Spanish audio; Direct My Call and Wait Times for the Pixel 3a and newer; support for Italian and Spanish transcriptions in the Recorder app on the Pixel 6; and Assistant Quick Phrases on the Pixel 6 in Spanish, Italian, and French.

If you own a Pixel 6 or 6 Pro and are wondering why you haven’t received the update yet, it’s because Google has decided to wait until later this month to roll it out. Why they made this decision is beyond me, but all other Pixel users stretching back to the 3a will see the upgrade arrive on their phones starting today.