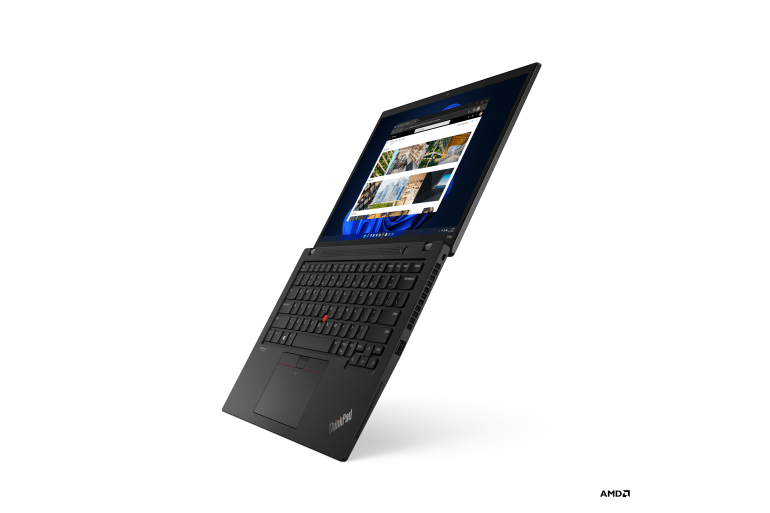 Lenovo has announced new versions of its ThinkPad T series business-oriented laptops at MWC 2022. The new ThinkPad T14s Gen 3, T14 Gen 3, and T16 offer similar designs and specifications with plenty of options for every user.

The lineup is a little bit complicated, so I’m gonna try to be as clear as possible.

Rounding things off, the T14 comes with a special piece of software from Elliptic Labs which uses ultrasound waves detected by the laptop’s speaker and microphones to determine whether you’re present. It can then put your display to sleep for extra privacy. It’s similar to the Glance feature Lenovo’s been using for a few years to detect your presence, but the Elliptic Labs approach means it won’t rely on your camera to find you.

Moving on, there’s the ThinkPad T16. It’s a little bit less complicated since there are only two models: one that runs on Intel and one that runs on AMD. The ThinkPad T16 comes with a 16-inch 16:10 display, with the AMD model getting up to a 4K resolution while Intel model gets 2560×1600. The AMD is a bit brighter at up to 600 nits compared to 500 nits on Intel, and those searching for a touchscreen will have better luck on the AMD side.

Integrated AMD Radeon 600M graphics are offered on the T16 AMD, while the Intel model gets optional Nvidia GeForce RTX 2050 graphics. The latter also comes with up to 48GB of DDR4 RAM, whereas the former has up to 32GB of LPDDR5 RAM. Both have up to 2TB of Gen 4 PCIe storage, and you can configure the machine with up to an 86Whr battery (RapidCharge included).

Both models come with Wi-Fi 6E, LTE connectivity, Bluetooth 5.2, fingerprint readers, IR cameras for Windows Hello, and large trackpads. They also have the same array of ports with two USB-C, two USB-A, an HDMI, an RJ45 Ethernet, and a headphone jack. Notably, like the T14 series, the Intel model remains the only T16 that comes with Thunderbolt 4 support.

Alongside the new ThinkPad T series (and the new ThinkPad X1 Extreme Gen 5), Lenovo is announcing the new ThinkVision M14d mobile monitor. It builds off the success of Lenovo’s previous mobile monitors by offering a 16:10 14-inch 2.2K display, USB-C connectivity, and a USB hub that adds extra ports to your laptop. It weighs just 1.3 pounds so it shouldn’t be too much of a hassle to take with you when on the go.