It supposedly sports a 20-inch screen and is likely "years" away from potentially being released. 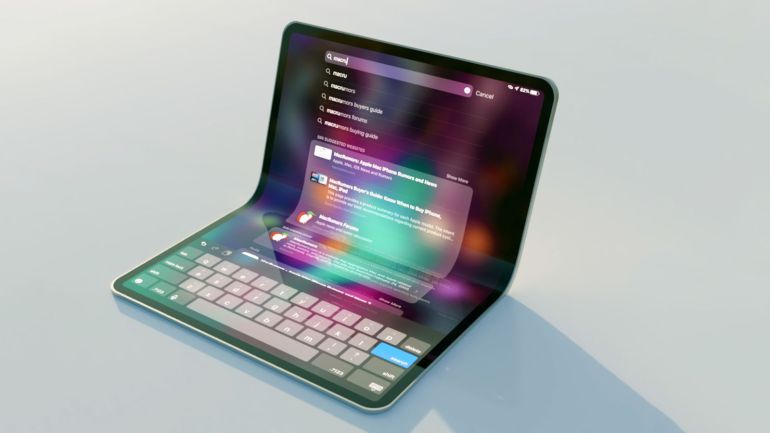 It seems that we can never go too long without hearing a somewhat whacky Apple rumor, and the latest one comes from a pretty reputable source: Mark Gurman of Bloomberg. Gurman, in his Power On newsletter over the weekend, share insights into a new foldable the Cupertino company is reportedly working on that will blend the MacBook and iPad experiences into one device.

According to Gurman, the device could sport a 20-inch screen and fold directly in half, allowing the user to prop it up like a clamshell laptop and use it as a MacBook with a touchscreen keyboard and trackpad. Then, when folded flat out, you’d essentially have a giant iPad. Gurman’s insights corroborate previous analysis from Ross Young at DSCC.

Apple might be targeting a release date somewhere around 2026 or 2027 for this mysterious device, but it’s far too early to make any predictions. Previously, we’ve seen devices similar to this from companies like Lenovo with its ThinkPad X1 Fold. However, if Apple were to release a product of this caliber, it would undoubtedly disrupt the market and create new various new experiences. Until that time comes, we’ll be left to speculate.