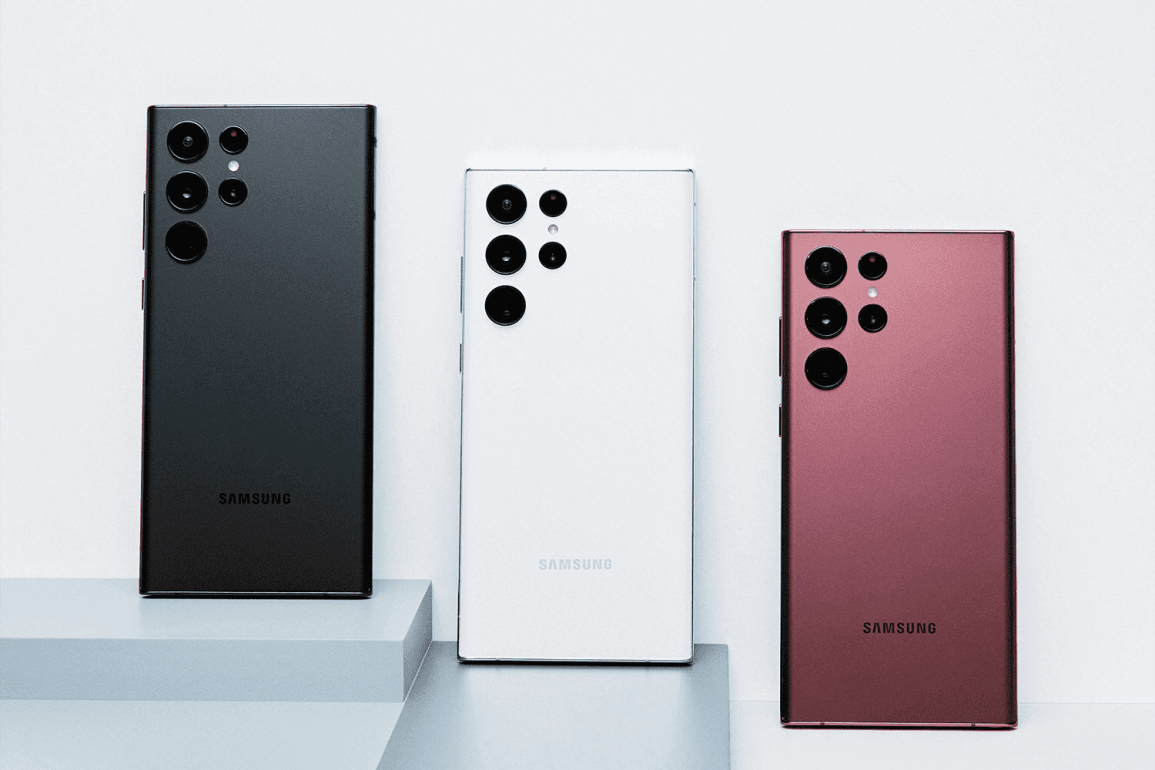 Samsung has officially retired the Galaxy Note line. That’s at least what seems to have happened with today’s announcement of the Galaxy S22 Ultra, Samsung’s latest flagship smartphone. The device has all of the qualities of a Galaxy Note from its boxy design to its flat display to its included S Pen (yes, a Galaxy S device is actually shipping with an S Pen stored in a dedicated silo). What sets this phone apart from something like a hypothetical Galaxy Note 22 Ultra is strictly its name: “Galaxy S22 Ultra” means it’ll be marketed more toward consumers than anyone, but also those who crave more from a traditional smartphone experience.

Samsung will launch the S22 Ultra on February 25th starting at $1,199.99. Shipping in four color options (Phantom Black, Phantom White, Burgundy, and a slick-looking Green) and various spec configurations, it seems that Samsung might have a hit on its hand among those who have been asking for a new Note phone since the Galaxy Note 20 series became obsolete.

The S Pen is by far the most important design element of the Galaxy S22 Ultra. While the device certainly looks different compared to the S21 Ultra, it’s the added silo for storing the pen that will get the most attention. After all, the S21 Ultra didn’t have anything close to that, despite it being compatible with a sold-separately version of the S Pen.

Samsung says this S Pen is the fastest and most responsive it’s ever shipped, with a 70 percent improvement in latency over the S21 Ultra. It comes with all the same features Note users will be familiar with such as lock screen quick notes, Bluetooth controls for the camera, a multi-functional button, and more. Samsung says the pen “embraces the legacy of the Note while opening up new ways to be creative and get things done. The result is a mobile experience unlike any before.”

The surface Samsung gives you to write with the pen has been upgraded year-over-year. The S22 Ultra comes with a 6.8-inch Dynamic AMOLED 2X display with a 120Hz refresh rate, a 240Hz touch sampling rate, and a Quad HD+ resolution. What’s most impressive is the peak brightness which now sits at 1,750 nits, up from 1,500 nits on the S21 Ultra. You’ll only notice this improvement if your screen is cranked all the way up and you’re viewing HDR content, but it’s an impressive feat nonetheless.

Under the hood, Samsung includes Qualcomm’s Snapdragon 8 Gen 1 processor. You’ll have the option of 128GB, 256GB, 512GB, or 1TB of storage in addition to either 8GB or 12GB of RAM. There’s a 5,000mAh battery to power the experience, and Samsung says it can recharge at up to 45W using a USB-C cable and the proper wall adapter. Those who use wireless charging will only experience 15W of power.

The cameras on the Galaxy S22 Ultra are being upgraded with new sensors and an updated “floating layout” on the back of the phone. The main camera is still 108MP with an f/18 aperture, while the ultra-wide 12MP lens gets an f/2.2 aperture. There are two 10MP telephoto cameras, with one providing a normal 3x optical zoom while the other 10x optical zoom.

Samsung says the new system uses a 2.4um pixel sensor, the largest the company has ever included on a smartphone. This will help with capturing detail in more challenging conditions, as well as extra detail in video. The camera system is also getting improved clarity thanks to new Super Clear Glass lenses.

Samsung is sticking with its guns with its unique photography features like Space Zoom, the company’s 100x hybrid zoom system. The S22 Ultra gets an improved version of portrait mode for better subject and background differentiation, and you can also capture RAW photos and edit them directly in Samsung’s exclusive Expert RAW app. On the video side, Samsung is including a portrait-style shooting mode that’ll let you focus on certain subjects while blurring others out, similar to Apple’s Cinematic mode.

For software, Samsung is including One UI 4 which is based on Android 12, so you’ll get all the normal features like system-wide theming options and improved notifications. Notably, Samsung is committing to delivering four years of major upgrades for its latest smartphones as well as last year’s S21 series, its latest Galaxy Z devices, and even some of its tablets like the new Galaxy Tab S8. In addition, users will be given five years’ worth of security updates.

The Galaxy S22 Ultra is an important phone for Samsung as it marks the end of the Note line and beginning of something new. Whether it can pluck at the heartstrings of prosumers and multitaskers the way the original Note line did remains to be seen, but all signs point to that being the case.