The iPhone-based Square alternative will roll out this spring. 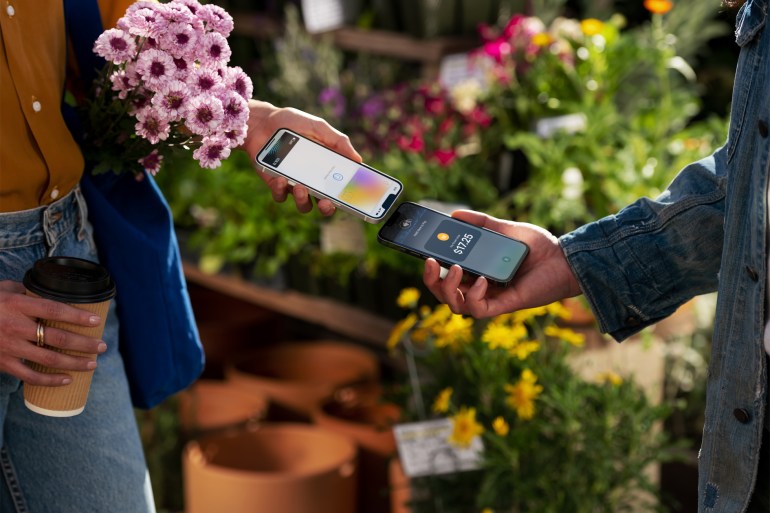 Apple will soon turn your iPhone into a contactless payment system. The company has announced a new feature called Tap to Pay which will allow users to accept payments from virtually all NFC-based contactless payment methods such as Apple Pay, Google Pay, and credit and debit cards. The feature will replicate the same experience as something like a Square terminal.

“As more and more consumers are tapping to pay with digital wallets and credit cards, Tap to Pay on iPhone will provide businesses with a secure, private, and easy way to accept contactless payments and unlock new checkout experiences using the power, security, and convenience of iPhone,” said Jennifer Bailey, Apple’s vice president of Apple Pay and Apple Wallet. “In collaboration with payment platforms, app developers, and payment networks, we’re making it easier than ever for businesses of all sizes — from solopreneurs to large retailers — to seamlessly accept contactless payments and continue to grow their business.”

Tap to Pay will essentially unlock the NFC chip inside your iPhone XS or newer and allow third parties to interact with it, so long as payments are exclusively involved. Apple says all EMV contactless payments will be supported at launch, and that will include Google Pay according to The Verge. It’ll be very straightforward when it comes to buying something from someone using Tap to Pay, as all it requires is your device or credit card to tap the iPhone in question to complete a purchase.

Apple says in order to use the feature, you’ll need to plug it into some third-party payment handling system, such as Stripe which will be supported at launch. Shopify will also support Tap to Pay in the future, as well as other unnamed alternatives. In addition, Apple Stores in the US will adopt the feature later this year.

Importantly, Apple notes that Tap to Pay will carry the same privacy philosophy as Apple Pay, blocking the company’s ability to see what methods of payment people are using and what they’re buying. As the company stated in its press release, “All transactions made using Tap to Pay on iPhone are encrypted and processed using the Secure Element, and as with Apple Pay, Apple doesn’t know what is being purchased or who is buying it.”

Apple will roll out Tap to Pay in a future iOS update this spring, which could be iOS 15.4 given its second beta including the necessary API.