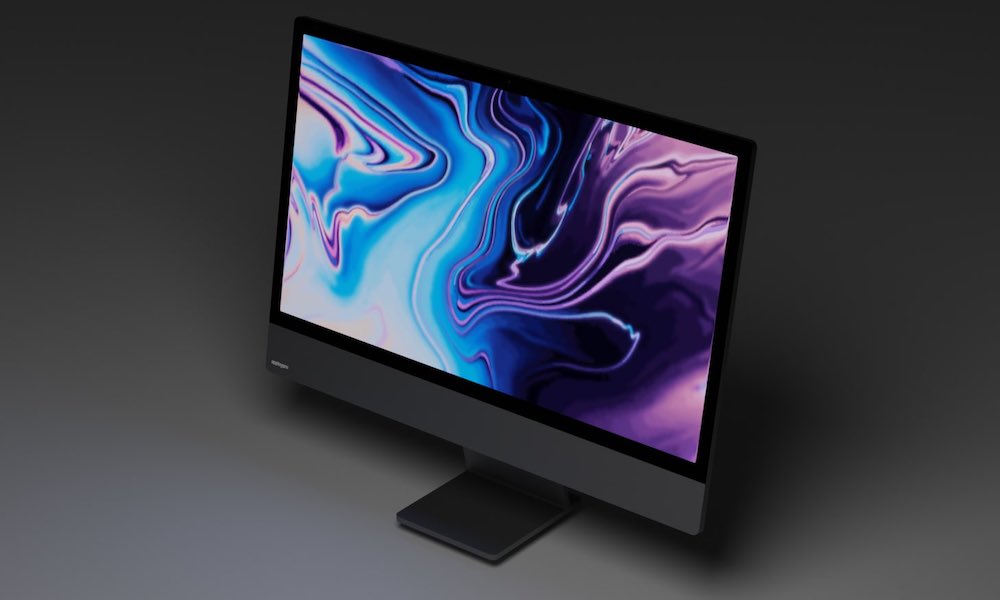 The company's new 27-inch desktop Mac is expected to ship in the coming months and resurrect a name that died almost a year ago.

With Apple’s M1 Pro/Max-powered MacBook Pros now well seeded among enthusiasts, attention has swayed in the direction of a rumored refreshed iMac Pro. Over the weekend, Mark Gurman of Bloomberg in his Power On newsletter mentioned the device again, referring to an expected redesign similar to the 24-inch M1 iMac but with a larger overall size and chips similar to the MacBook Pros. Meanwhile, a new rumor courtesy of an analyst for the Display Supply Chain Consultants suggests the all-in-one will begin shipping this summer.

The name “iMac Pro” is expected to return to Apple’s line, according to Gurman, after being dropped in March of 2021 with the discontinuation of the original iMac Pro. To be perfectly honest, I’m not sure what they would call this new iMac if not “iMac Pro” because that’s, quite frankly, exactly what it is.

The new release date rumor is notable, since previous reports indicated the new iMac Pro would launch at Apple’s upcoming spring event where the iPhone SE 3 is expected to debut. Instead, analyst Ross Young says Apple will delay the product to summertime in order to obtain more mini-LED panels.

For context, the iMac Pro is expected to come with a mini-LED display with “fewer zones” than the 12.9-inch iPad Pro and MacBook Pro, while also sporting a 120Hz refresh rate. Apple is reportedly having issues keeping up with demand, so waiting to launch another device equipped with the technology is smart. Young notes there’s also a chance the release date could slip into the fall.

Regardless of its exact launch date, there’s no doubt that the iMac Pro is right around the corner complete with a nearly bezel-less design, M1 Pro/Max processors, HDMI and SD card ports, and a 27-inch screen. It seems like another product that could explode in popularity like the 2021 MacBook Pros given the rumors, so expect plenty of chatter leading up to its announcement.