The new trailer, titled "The Bat and The Cat," gives us yet another look at this dark and sinister take on the Caped Crusader, slated for release March 4, 2022. 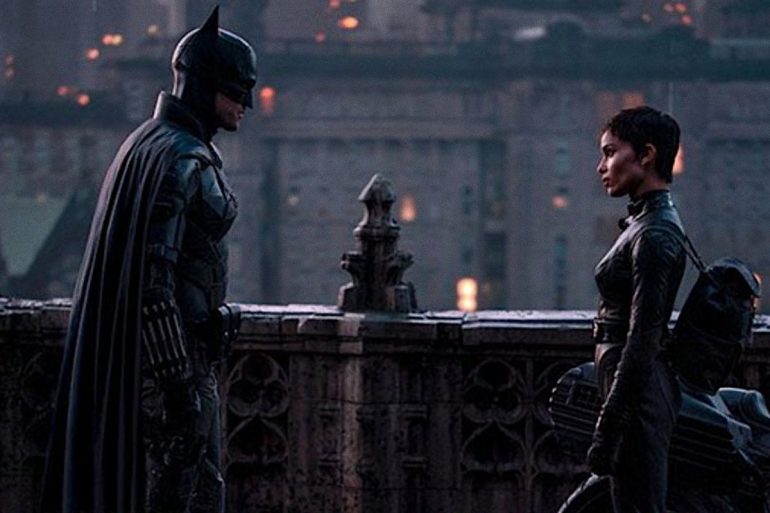 I’m never very excited by new DC films since I’m a Marvel Stan at heart, but I must say, the new The Batman film starting Robert Pattinson looks simply insane.

A new trailer dropped today entitled “The Bat and The Cat,” and in it we get a closer glimpse at Pattinson’s take on the Caped Crusader and Zoë Kravitz as Selina Kyle, a.k.a. Catwoman. The two seem to share a romance (a famous attribute of both characters throughout the comics and various TV shows and alternative films) that only sparks after they both decide to hate each other. With quips about Selina’s various cats from Bruce Wayne and the nine lives Catwoman says she has, this movie seems like it will have somewhat of a lighter tone at certain parts to balance out the darkness of the story at play.

And I stand by my use of bold font for the word “darkness,” because this looks like it could be the darkest Batman film to ever come out. Pattinson’s Batman seems to be filled with a lot of rage and (dare I say it) vengeance, while Paul Dano’s Riddler seems so creepily clever that the measly hints and clues he leaves behind for Batman are enough to send chills up and down your spine.

The action sequences with the Batmobile and Colin Farrell’s Penguin are also incredible to witness, striking a certain chord in the instrumentation of the deeply sinister film that will undoubtedly be met by audible reactions from audiences once the movie is released in theaters.

This might be one of the greatest Batman films that DC has ever cooked up, and I’m looking forward to checking it out once it’s released on March 4, 2022. If you don’t want to go to the movies to see it, you’ll have to wait 45 days for it to release on HBO Max on April 19.