Will a free Tidal subscription convince you to switch?

Tidal takes a play directly out of Spotify's book with a new free tier, but it might not be enough to drive subscriber growth. 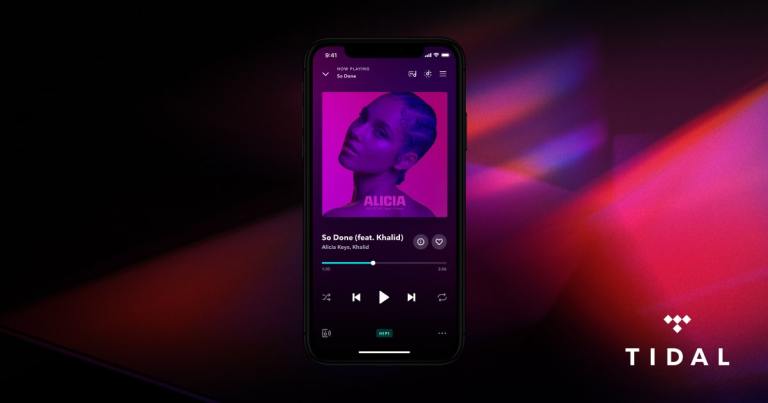 Tidal has had, let’s just say, a very challenging seven years since it launched in 2014. It’s struggled to garner the same amount of attention and database growth like Spotify and Apple Music have, and it’s faced a number of controversies like the one back in 2018 when it was accused of inflating streaming numbers for two “exclusive” albums.

The reality for Tidal now is its dire need to make a play that will appeal to enough people and pry them away from the big music streaming services. It’s now introduced a new free tier to compete with the freemium offerings from Spotify, Amazon Music, Pandora, and the likes, but it’s unclear if it’ll be enough to make its service more appealing.

Tidal’s free tier will give subscribers access to the service’s entire catalog of music, as well as its curated playlists. The company says it’ll offer “limited interruptions” during playback, which is expected. However, at least on paper, there’s nothing here that feels unique to make this tier stand out against the competition.

For one, Tidal isn’t offering any streaming quality differences, an edge the company once had when it was the only one providing hi-fi playback. The company says those who sign up for the free plan will experience 160kbps streaming which isn’t anything special. What’s more, you won’t be able to select any song you’d like to listen to on-demand – you’ll either have to skip through songs on a playlist or wait for it to come on during shuffle. Really, the only advantage to signing up for this tier is saving $10 a month, and the same goes for virtually every major competitor.

Luckily, Tidal won’t be strictly banking on this new free tier to draw subscribers. It’s upgrading its baseline $10/month plan with hi-fi 1411kbps streaming (a feature Apple Music and Amazon Music have included in their standard plans for a while), while its $19.99/month plan will get access to all of the premium audio quality the service offers (things like Tidal’s Master Quality Authenticated tracks, Dolby Atmos, and Sony 360 Audio).

Tidal is also doing something different with royalties, and it sounds promising for the artists on the receiving end of them. Tidal will begin distributing royalty payments in sizes based on how popular artists are among certain users. In addition, a secondary direct payment will be made to users’ top artists through a portion of those users’ subscription fees. Notably, these boosts in revenue will only be generated by subscribers of the HiFi Plus plan.

It’s abundantly clear that Tidal is trying hard to stand out in a now crowded market, but it remains hard to convince someone to switch from Spotify, Apple Music, or even Amazon Music. Hi-fi audio used to be its it-factor, but competitors have caught up and have forced Tidal to adapt. And for those who may not want to pay any money for streaming, Tidal’s free tier won’t do much more over competitors.

Because it was acquired by Square earlier this year, I can only imagine Tidal will try more unique tactics in the future to drum up its user base. For now, it’ll be sticking with a formula that’s been perfected by the competition, just slightly tweaked with a different logo. Whether they stay on that path remains to be seen.