Apple submits and gives consumers their ‘right to repair’ an iPhone

The company's new Self Service Repair program will launch early next year and finally let people repair their own gadgets. 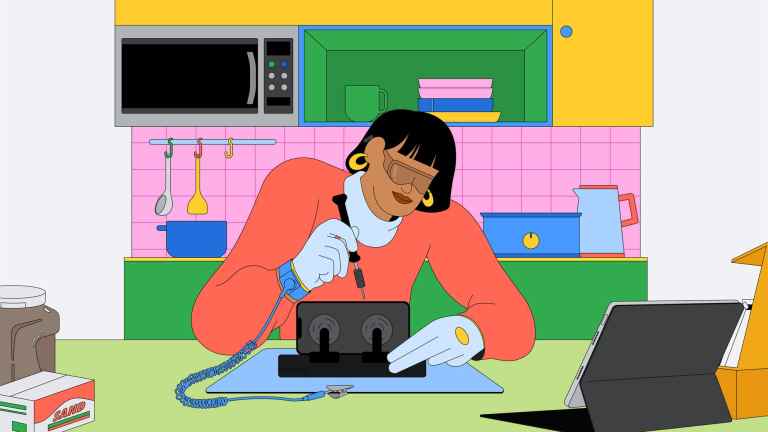 The entire conversation around “right to repair” has been difficult to sum up, to say the least. With so many voices either supporting it or completely railing against it, there’s no question that the choice consumers have when it comes to repairing their devices is an extremely important point of conversation. Today, Apple shifted that entire conversation and could very well blaze a fresh trail for advocates of the movement going forward.

In a surprise press release, Apple confirmed it would soon begin selling certain parts for iPhones directly to customers. The new program, called Self Service Repair, will educate users on how to go about replacing things like screens, batteries, and even cameras when those specific parts are ordered. According to Apple, over 200 individual parts and tools will be offered as part of the program. The iPhone 13 and iPhone 12 will be the first devices supported by Self Service Repair, with Apple’s M1 Macs to come later.

“Creating greater access to Apple genuine parts gives our customers even more choice if a repair is needed,” said Jeff Williams, Apple’s chief operating officer. “In the past three years, Apple has nearly doubled the number of service locations with access to Apple genuine parts, tools, and training, and now we’re providing an option for those who wish to complete their own repairs.”

Not only will this new program benefit consumers, but it will also aid repair stores who may not be an authorized Apple service center. Third-party repair shops have struggled for years to offer basic services like screen repairs and battery replacements due to Apple’s strict repair policies, with some even breaking certain features on an iPhone if the repair is botched. But thanks to Self Service Repair, just about anyone can replace a shattered display or aging battery as long as they follow Apple’s rules.

Oh yeah, that’s the other thing. Apple’s gonna assume you’ll be doing any sort of repairs by following its Repair Manual, which you have to comb through before you can buy anything. I’m not sure how many people will actually do this and not just skip to the end, then go back to it once their new part comes in. I suppose we’ll have to wait to find out.

What’s also interesting is Apple’s reimbursement program for old parts. Once you’ve taken off that broken screen or removed that old battery, you can return it to Apple and they’ll give you credit toward the purchase of your new part. It’s clearly an incentive for you to follow the rules and do your repair the Apple way, but it’s nice nonetheless.

In its press release, Apple specifies that it still prefers you visit a repair shop and have a trained technician fix your phone for you. That’s what I recommend too since repairs can get tricky, especially when you’re dealing with a camera or battery. However, if you’re savvy and brave enough to take on the challenge, Apple’s happy to guide you along the repair process.

Sony will unveil its WH-1000XM5 headphones on May 12th

This speaks to a revised outlook Apple has on your right to repair. For too long, advocates (including some big names like iFixit) have called for companies to make it easier for people to repair devices they own. In other words, you spend your money on something, it’s yours, and you should be able to fix it on your own if you want. Companies like Apple have claimed to have consumers’ best interests at heart by locking down who can repair your device and whether a repair from a third-party organization will break any aspect of the device in question. Third-party screen repairs, for example, used to break Face ID.

But with today’s announcement, Apple is clearly taking a step in a new direction. It now recognizes that the devices people buy don’t belong to the company anymore – they belong to the user, and if they want to repair them themselves, they’ll guide them along the process while not interfering.

The Self Service Repair program will launch early next year.