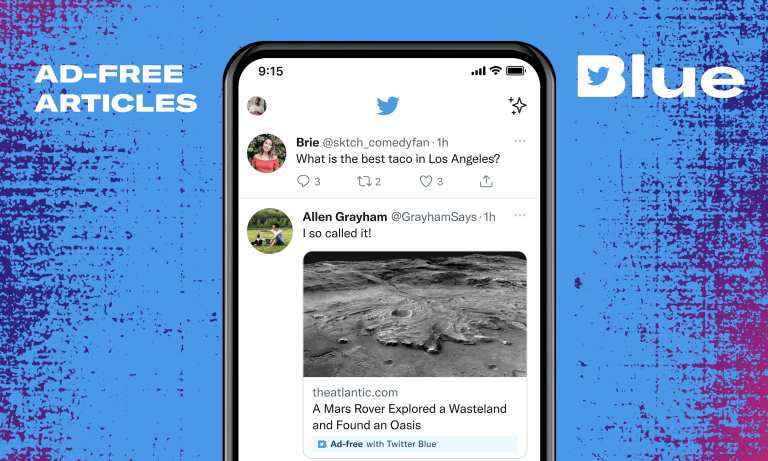 Back in June, Twitter had initially launched Twitter Blue as a subscription service that, essentially, got you more of “Twitter.” You could sort out bookmarked tweets into folders, opt to receive a handy “Undo” button whenever you send a tweet, utilize an experimental Reader mode for long threads (a.k.a. tweetstorms), and more. The service had initially launched in Canada and Australia, and it’s now making its way to the United States and New Zealand, this time as a finished product.

It seems that the feature getting the most press is the ability to “undo” a tweet. No, it’s not an edit button, but it is an easy button to hit if you suddenly realize you misspelt something in a tweet you just published. It’s admittedly a weird feature for Twitter to put behind a paywall, but I suppose the demand for an edit button is enough justification.

Bookmark folders and a customizable UI for its mobile apps are also getting a lot of attention, but the feature I’ve especially been looking forward to on Twitter Blue is ad-free reading. After Twitter bought Scroll back in May, I assumed it would eventually fold it into its premium subscription service, and now that integration is here.

In case you’re unfamiliar, Scroll was a service that you could pay $4.99/month for and gain access to hundreds of different websites ad-free. The publishers of those sites would get a chunk of those four dollars and 99 cents depending on how much they interacted with it. That same functionality (all the way down to the same number of sites) has been moved over to Twitter Blue, so ad-free reading on sites like Matridox will come with your $2.99/month subscription.

Twitter is also doubling down on its renewed focus on journalism with a new Top Articles feed exclusive to Blue subscribers. The feed will highlight popular articles from Twitter Blue publishers, similar to how Nuzzel (another company Twitter swallowed) would email you about the hottest articles from people you follow.

The way Twitter is rolling all of this out is a bit weird. The customizable UI is only available on iOS at the moment, and Top Articles can only be read on Android and the web. Pinned Conversations will also only launch on iOS for the time being. Everything else should be available regardless of the platform you’re using to access Twitter.

The age of paying for social media is here, and Twitter knows what it wants to do. The company was founded on the idea of sharing news and gaining information faster than ever, and it seems that it wants to support nothing but that by utilizing Blue subscriptions and accommodating publishers accordingly.

It also sees an opportunity to just make its platform better to use, which remains a debatable point. I say that because beyond ad-free articles, I’m not sure Blue is worth the $2.99/month. Whether there’s enough here to convince you to pay for a service that’s typically free is your call, but I’m skeptical as to whether I can see myself using it long-term for anything outside of reading news without ads.

As Twitter Blue grows, blossoms, and eventually fades into the background of everyone’s lives, it’ll be interesting to see how many people continue to subscribe. Twitter says it has more on the way for Blue subscribers, so perhaps a more extended list of features will be convincing enough to hang on. We’ll just have to wait and see.