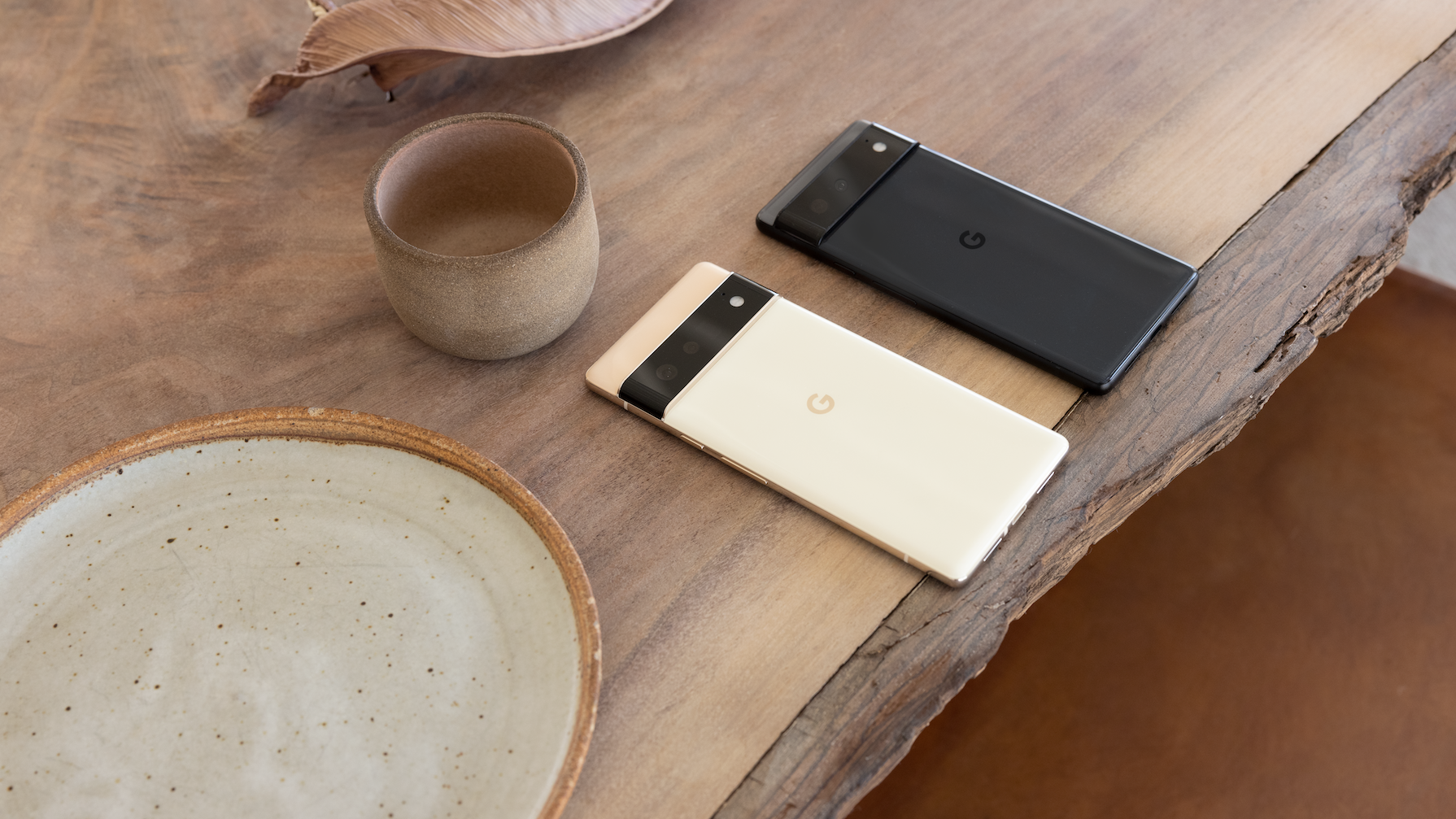 Two proper flagship smartphones from Google. See, how hard was that?

After seemingly being fine with falling behind every major flagship smartphone for years and taking a mid-range break last year, Google has put on its big boy pants and announced the Pixel 6 and 6 Pro. These phones finally come close to being a solid Samsung Galaxy or iPhone alternative with crazy specs and cameras to boot. And it’s about damn time.

Wait, I missed the leaks. What are the Pixel 6 and 6 Pro?

The high-end Pixels are here

By far, the Pixel 6 and 6 Pro are the most different-looking Pixel phones that Google has ever shipped. Since the first Pixel came out in 2016, the phone has maintained a friendly, curvy aesthetic that gradually got blander and blander. The Pixel 5 was perhaps the epitome of this trend, featuring a full aluminum enclosure with almost no standout design features.

That changes with the Pixel 6 series. Google includes a complete redesign here with a more squared-off appearance and premium glass construction. It even calls back to the original Pixel days with its two-tone backplate. The large camera strip across the back of the phone will undoubtedly be the thing your eyes dart toward to recognize a Pixel 6 from a mile away, and it goes without saying it pays homage to the days of the Nexus 6P.

These phones look big and heavy, and that’s because they are. The Pixel 6 has a 6.4-inch display while the 6 Pro gets a 6.7-inch display, and they each weigh more than 200 grams. Google definitely didn’t care about making them compact and light, which isn’t necessarily a bad thing since ”big, bad phones” are pretty trendy nowadays.

What’s blatantly easy to find are the specs for these phones because of how much Google cares about them. Before, the company used to follow Apple’s mantra of including hardware that was just enough to power a decent experience and let the software do the talking. Now, they’re plucking the heart strings of every smartphone enthusiast with some pretty stellar specs.

But wait, that’s not all! Google put a fingerprint scanner under the screen of both Pixel 6 models for security, and both feature improved stereo speakers and microphones.

Undoubtedly, the spec everyone will have their eye on is the processor. Google is debuting its own Tensor system-on-a-chip (SoC) with the Pixel 6, and it’s yet another example that companies are sick of the minor improvements and unimpressive performance third-party suppliers introduce every year.

According to Google, the chip is comparable in performance to the Snapdragon 888. However, it’s more deeply integrated with Google’s software experience on the Pixel 6. Tensor’s new Tensor Processing Unit (TPU) and neural machine translation (NMT) elements power a majority of the AI and machine learning aspects of the device like translations, dictation, the Google Assistant, and more. This means greater performance across the device, plus better efficiency.

The new Tensor chip also includes a new security core which is paired to Google’s new Titan M2 security chip. Here’s how the company describes them both.

Our chip includes Tensor security core, a new CPU-based subsystem that works with the next generation of our dedicated security chip, Titan M2, to protect your sensitive user data. Independent security lab testing showed that Titan M2 can withstand attacks like electromagnetic analysis, voltage glitching and even laser fault injection. Yes, we literally shot lasers at our chip!

The company says with these components, the Pixel 6 series has the most layers of security of any smartphone, taking a clear shot at Apple and the iPhone.

Perhaps the biggest shot Google’s taking at the iPhone (along with every other flagship phone) is with the new cameras. The Pixel 6 and 6 Pro both sport an all-new 50MP 1.2 μm f/1.85 main lens which lets in 150 percent more light compared to the Pixel 5. There’s also a new 12MP f/2.2 ultra-wide camera with a 114-degree field of view. If you get the Pixel 6 Pro, you’ll get a bonus 48MP f/3.5 telephoto lens with 4x optical zoom. Finally, there’s an 11.1MP selfie shooter in a hole-punch cutout.

It’s obviously too early to tell whether these cameras are better than the latest iPhones and Galaxies, but Google certainly hopes they are. It’s spent a lot of time optimizing the hardware and software to work like never before on the Pixel, so it’ll be interesting to see how well photos and videos come out of the cameras.

Of course, Google also has some new camera features onboard the Pixel 6 series. The company’s Magic Eraser feature, first previewed at I/O 2017, will ship with the devices and allow you to remove unwanted or distracting objects from your photo. New Motion Modes like Action Pan will let you snap a photo of a quick-moving subject on a blurry background, and Long Exposure can help you achieve silky waterfall pictures or cool subway shots like this one.

Google is also including a new Real Tone post-processing feature which can help produce skin tones more accurately and inclusively. In addition, there’s a new double-tap gesture on the back of the phones that can let you access Snapchat quicker than ever. I’m not sure why Google decided to give it a hardware shortcut like this, but I’m just a blogger so what do I know.

The Pixel 6 and 6 Pro run Android 12 out of the box, and with it comes all the usual features like Material You, new widgets, plenty of customization options, and more. Within the system, you’ll find some new features like Wait Times for calling businesses and Direct My Call for navigating phone system trees. There are lots of quality-of-life touches sprinkled throughout the software, and it overall seems like a solid update for Android.

Wrapping things up, Google says the Pixel 6 will start at $599 while the Pixel 6 Pro will start at $899. The most expensive Pixel (a 6 Pro with 512GB of storage) will set you back $1,099. Preorders begin today and the phones start shipping on October 28th. For a limited time, if you preorder from the Google Store, you’ll get a free pair of Pixel Buds A-Series.

I’ve been begging Google to make a proper, high-end, luxurious Pixel phone for years. They have the software experience and cameras on lock – now they just need the specs and premium design.

I think that’s what Google has here. Everything about the Pixel 6 and 6 Pro makes it seem like Google is taking its smartphone line seriously this time. No more taking it easy on specs, no more slouching on design, no more being the Google who solely relied on good software to carry the experience. People want nice phones with nice specs and cameras, and it looks like the Pixel 6 could fit that bill perfectly.

And it damn well should. For too long, Google has slacked behind in market share while competitors continue gobbling it up. It’s thanks to the company’s mid-range offerings that they have any market share at all. This time with the Pixel 6, the company’s marketing budget is reportedly humungous, and that’s become clear given the amount of advertising plastered all over social media and cable TV leading up to today’s event. I can’t help but think Google plans to actually sell Pixels this time, and it’s about time they did.

I just filled out a form to request review units of the Pixel 6 and 6 Pro, so expect hands-on coverage soon.