I am very excited about these laptops. 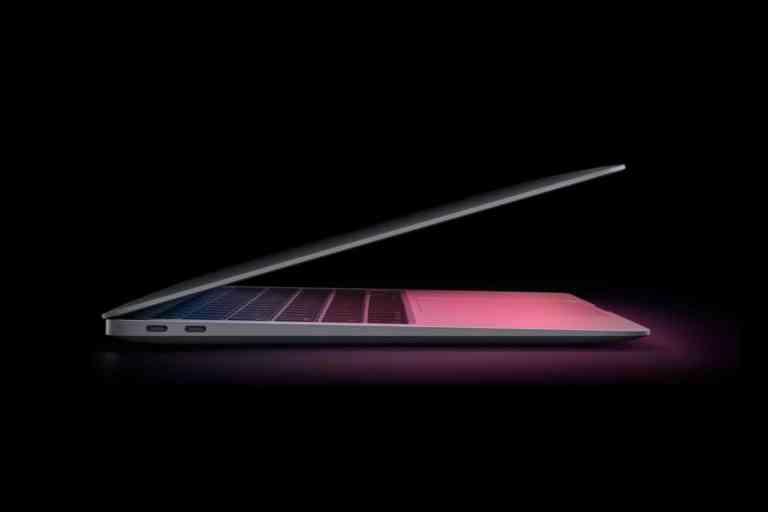 Apple’s got a big event tomorrow where they’ll undoubtedly unveil new MacBook Pros. Plenty has already leaked about the new laptops, although it remains unclear how accurate past leaks have been. To confuse the senses a bit more, we’ve got a fresh batch of last-minute leaks that seem to paint a clearer picture of what to expect tomorrow.

What kind of leaks are we talking?

According to Mark Gurman, the new MacBook Pros will come in 14-inch and 16-inch screen sizes, as we’ve been expecting. The screens will use mini-LED technology to achieve inkier blacks and more accurate colors. In addition, other rumors indicate the displays could be bezel-less and use a notch to store the web cam.

Speaking of the web cam, Apple is finally expected to give the new MacBook Pros a 1080p camera which has been a long time in the making.

The resolutions of both screens seem to be confirmed, as Gurman notes they’re beginning to appear in app developers’ user analytics. The 14-inch model will likely sport a new 3024×1964 resolution, while the 16-inch model gets a 3456×2234 resolution. That means these screens should be plenty sharp to the naked eye.

The Touch Bar, or lack there of

Below the screen will sit a keyboard which will apparently be all-black (the aluminum paneling behind the keyboard will also be black). Not sitting below the screen will be a Touch Bar which is rumored to be finally leaving the MacBook Pro line. It’s been a point of contention for a lot of MacBook Pro users who haven’t found good use for it, despite it being around for five years. I guess it’s just another example that Apple was a little too overzealous with its potential, similar to 3D Touch on the iPhone.

One of the most anticipated features of the new MacBook Pros is the expanded set of ports. Notably, USB-A likely isn’t coming back despite Apple testing models with it onboard. It also doesn’t seem like a dedicated HDMI port is coming, either. However, a full-sized SD card does seem to be making a return which will undoubtedly make many professional users gleam with joy.

The return of MagSafe

When it comes to charging, Apple is widely expected to bring MagSafe back to the MacBook Pro. It’ll offer faster charging speeds than before thanks to a new brick, and it’ll be the first time a new MacBook has shipped with MagSafe since 2015.

Obviously, the center of attention when it comes to these new laptops will be their new processors which will be based on Apple’s M1 chip currently found in other MacBooks, the Mac mini, redesigned iMac, and 2021 iPad Pros. The chips going into the new 14-inch and 16-inch models could differ, however.

Gurman notes that there’s evidence of two different versions of the rumored “M1X” processor, one with a 16-core GPU and one with a 32-core GPU. This might mean we’ll see both an “M1X” and an “M1Z” during Apple’s keynote. It’s important to note, however, that those names aren’t confirmed and are mere guesses. Gurman says there’s even evidence that “M1 Pro” and “M1 Max” will be used to decifer between the chips, although that seems like a stretch.

Regardless of which processor you look at, a few things will remain the same. The new chips will boast 10 CPU cores with eight performance-driven cores and two efficiency-driven cores. In addition, both chips should be capable of supporting 32GB or 64GB of RAM, a first for Apple’s ARM-based Mac processors.

These laptops, if they have everything listed here, have the potential to be smash-hits. I know a lot of people who think the MacBook Pros of 2016 and beyond have been disappointing and limiting, to say the least. The lack of more widely-adopted connectors, terrible keyboards early on, and a somewhat intrusive Touch Bar have turned a lot of people off from Apple’s Pro laptop line, and these new MacBooks could be the devices to change that.

There’s a lot of good happening here. New screens with smaller bezels, more powerful performance thanks to the M1X chips (or whatever they call them), more support for accessories like SD cards without an adapter, faster charging, and physical Function keys in place of the Touch Bar sounds like a recipe for success, especially since there are so many people who dislike their current MacBook Pros but are forced to use them due to their workflows.

I’m definitely keeping my eye on that 14-inch model, especially if the price is right. That’s just about the only thing that hasn’t leaked yet, by the way. We still have no clue how much these things will cost, but we’ll obviously learn that in less than 24 hours.

I’m excited for these new MacBooks, and I’m looking forward to getting my hands on them.