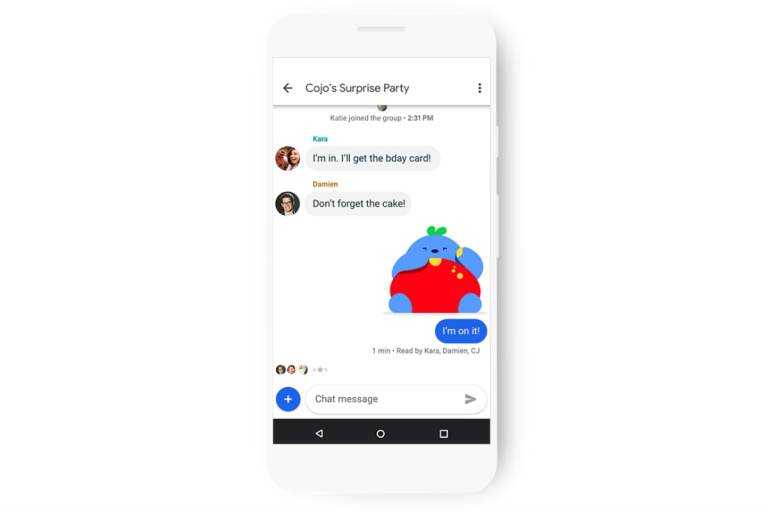 Make that three major carriers in the US use RCS as their messaging standard.

Verizon has officially announced that beginning next year, it’ll ship devices with RCS through Google’s Android Messages app moving forward. The shift comes as both T-Mobile and AT&T have already made the switch from SMS and partnered with Google to deploy RCS to as many new devices as possible.

According to their announcement, Verizon’s RCS support will stretch across carriers so things like high-quality images and read receipts should work so long as you don’t fall back to SMS. You’ll also get one-on-one encryption between RCS users, with group chats getting it in the future.

Hiroshi Lockheimer, the senior VP of Android, Chrome OS, and the Play Store, spoke to The Verge about Verizon’s rollout of RCS and highlighted the added security Android users will experience thanks to the change. “Going forward, the default messaging experience on Android is going to be more secure,” he said. “The fallback messaging experience on the other platform will not have encryption if it’s still SMS. I think that that is a pretty interesting dynamic and I would hope that as everyone focuses on security and privacy it becomes an important part of the discussion.”

This is an obvious swipe at Apple who, as of now, has yet to pledge any support for RCS. It seems especially odd when you consider the Cupertino company’s strong stance on security. Those who own iPhones and text people on Android phones will now use a technology that’s practically deprecated and is by no means as safe. It’ll also remain a pretty plain experience with low-quality image sharing and nothing more than simple text and emoji sharing.

At this point, it’s clear the difference between messaging iPhone to iPhone and Android to Android has gotten so significant that you’ll have two completely different experiences either way you go. The question is now whether Apple will cave and eventually add RCS support to iPhones. So far, there’s no sign that that’ll happen, but I guess we’ll let time do its thing.

In addition, Verizon says its Message+ app will eventually use the same database as Google’s Messages so that your conversations stay in sync. This could mean that RCS support is on its way to the app.