The Freedom Phone is stupid 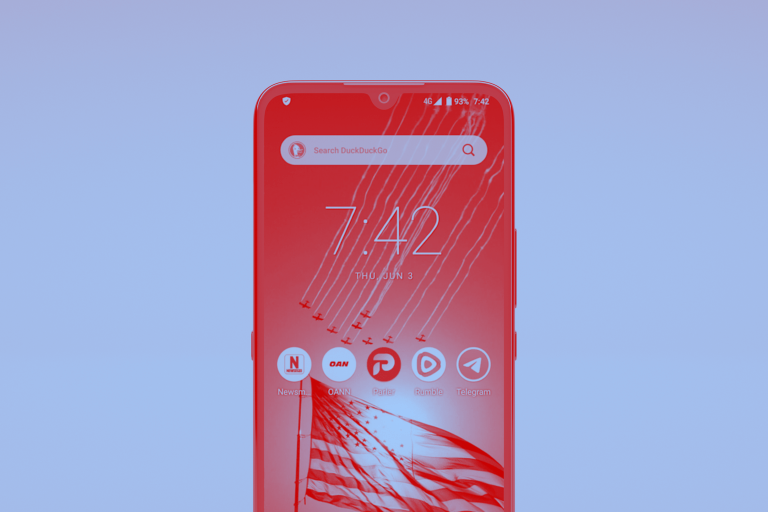 Right now, the conversation around Big Tech and censorship seems to sneak into many different topics from politics to the COVID-19 pandemic to everyday life. Many groups are vocal about their positions on the subject, especially conservatives who have arguably been the most frustrated and forthcoming with their opinions as anyone.

Whether you’re a conservative, liberal, or someone in the middle, you probably have an opinion on the whole “Big Tech is evil” conversation. That’s one thing these three groups have in common. Here’s something else they should all have in common: they should avoid buying the Freedom Phone.

The Freedom Phone has been getting a lot of attention lately, largely thanks to outspoken conservatives like Roger Stone and Candace Owens who have endorsed the so-called “uncensored” smartphone. It’s a phone that promises to cut the ties of Big Tech conglomerates, protect your privacy, and give you the ability to say whatever the hell you want.

It comes pre-loaded with apps like Parler, Newsmax, Rumble, and Signal; it has a modern design; it works with your SIM card; and it “only” costs $499.

The creator of the Freedom Phone, Erik Finman (famously known as the “youngest bitcoin millionaire”), says he was inspired to create the device following Trump’s suspension from social media after the January 6th insurrection. Several months later, he’s done it, and you can pre-order it now.

But you really shouldn’t, and here’s why.

Right off the bat, everything the Freedom Phone does can be done on any other Android phone. No Android phone is actually “controlled” by Google. Software updates aren’t even controlled by them, they’re controlled by the manufacturer. The Play Store is, however, but that’s where sideloading comes into play.

Let’s talk about Parler for a second. Ever since it got banned from the Play Store, the app’s developers have been asking users to sideload an APK to regain access on their phones. This is something you can do on any Android phone if you “allow untrusted sources” to install apps. It’s an extremely simple process that does not require a special kind of phone.

The Freedom Phone doesn’t come with Google Play services (it even uses DuckDuckGo as its web browser), so Finman had to come up with some sort of solution for an app store. He decided to build the PatriApp Store, a store that claims to be uncensorable and totally free to whoever wants to promote their app through it. As it turns out, PatriApp is nothing more than a rebranded version of another Play Store ripoff that still leans on the Play Store’s app library for content.

What’s more, the actual operating system is still Android. It’s a custom ROM called “FreedomOS” which is likely based on something else that’s been floating around the web. This means you won’t get consistent software updates, necessary security patches, or any hope of a decent experience.

But here’s the real kicker: this is by no means an original phone. In fact, it’s based on a Chinese phone that’s on sale right now.

As reported by a few folks on Twitter and (namely) The Daily Beast, the Freedom Phone is an Americanized version of the Umidigi A9 Pro. That device, retailing for $120, is essentially identical to the Freedom Phone. All Finman had to do was slap a fresh logo on it, load it with some custom software, and claim it was his.

Reader, I can assure you it is not his. It is merely a product that Umidigi was willing to let Finman license.

Because it was discovered that this phone is just an A9 Pro, I’ve been able to get a list of specs to check out, something Finman has yet to publish on the Freedom Phone website. Here’s what you get.

I placed question marks next to those last two items because Finman told The Daily Beast he added “improved memory” to the phone. I’m not sure if he’s talking about storage or RAM here, so take that as you will.

Going from $120 to $500 is a big jump, so you might wonder where the Freedom Phone tries to justify its price hike compared to the A9 Pro. It’s funny, I’m actually trying to find that too. Beyond import fees and Finman’s time in putting all of the pieces together to ship what can be considered “the first major pushback on the Big Tech companies that attacked us – for just thinking different,” there’s not a lot that can translate to an experience worth more than $120.

That’s my other problem with the Freedom Phone. It’s a cheap phone that Finman’s charging $500 for. Meanwhile, people like Candace Owens are saying things like “the camera’s way better.” Uh, you mean to tell me your iPhone takes less impressive photos and videos than a phone from Umidigi?

And for the love of Pete, let’s stop saying it does “EvErYtHiNg” your current phone does. If you have a $1,000 phone, you will notice a far less impressive experience with the Freedom Phone. Everything will feel slower, jankier, and overall less pleasant. You may have access to your apps and phone number, but beyond that, nothing else will be the same.

Full disclaimer: I’m an outspoken conservative myself. I try to keep my politics to myself, but sometimes I chime into an argument on Twitter about whatever’s happening in the news cycle and share my two cents (y’know, just like everyone else). Despite my political views, nothing will convince me that the Freedom Phone is anything more than a cash-grab that takes advantage of people’s desire for Big Tech to straighten up. There’s nothing in this considerably crappy phone that can’t be achieved on any big-name Android phone on the market.

I know, I know. You’re probably disgusted by Big Tech. Perhaps you’re disgusted by Republicans. Hell, maybe you’re disgusted with everything. I get it, we all have our opinions. But let’s at least agree on one thing: the Freedom Phone isn’t worth the 1,000+ words I just typed to explain to you why you shouldn’t buy it.