The iPad and OLED (Opinion) 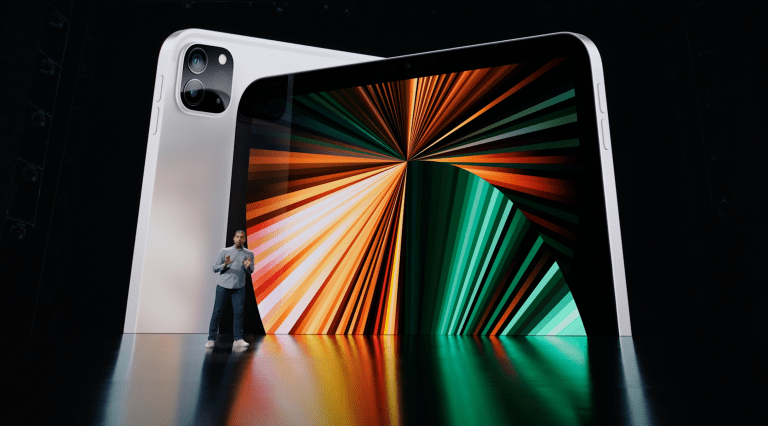 Apple’s rumored to be adding a mini-LED panel to the 11-inch iPad Pro in 2022. That’s according to Ming-Chi Kuo who is famous in the tech community for being reliably accurate over the years. So, there’s a good chance we can trust him on this, despite also having to take it with a grain of salt since it’s still a rumor.

I realize mini-LED is better than LCD. On paper, all signs point to it being superior. You get far more LEDs to accurately illuminate content, better saturation, inkier black levels, and higher contrast. In practice, most of this has proven to be true. The 12.9-inch M1 iPad Pro, released this year, has a mini-LED panel, and reviewers highlight its ability to gain more control over black levels and make whatever you’re interacting with as pleasant to look at as possible. Obviously, you can’t turn off individual pixels and you’ll likely experience some ghosting around the bezels, but it’s a clear advantage to owning a 12.9-inch iPad over an LCD-equipped 11-inch model.

I get all that, and I’m sure people will be excited when/if the 11-inch model gets mini-LED next year. But there’s a better way to do this: just put OLED on the iPad.

Why not? It’s a better screen technology compared to LCD and mini-LED, it gets perfectly black since it can turn off individual pixels, and it tends to be more vibrant and saturated. Who doesn’t love a display that’s more colorful and vibrant? The technology is also part of what let Apple shape the Face ID-equipped iPhone to its will since it can bend and wrap around itself to emulate a “bezel-less” screen.

Current rumors point to the iPad Air getting OLED first in 2022, then the Pro line sometime after that. Why Apple’s willing to take baby steps before sprinting boggles me since they could just slap an OLED panel on the iPad Pro line and call it a day. It’s the clear superior to all past iPad screens, so why not go for it now?

Apple would likely argue, if I were to ask them and they were willing to talk, that the technology isn’t right at the current moment. OLED screens tend to not get as bright as an LCD or mini-LED, and you can suffer serious burn-in issues over time. However, those two issues are compromises people make every time they pick a phone with an OLED screen, and companies aren’t rushing out to fix or improve either weak point.

That being said, these two pain points are simply nonexistent with mini-LED. Since each pixel doesn’t have its own backlight, there’s a much smaller risk of burn-in over time. And, given the fact mini-LED is technically a souped-up version of LCD, it makes sense for it to be able to get brighter.

I’ll give Apple the benefit of the doubt and say they’re working on OLED iPads and they can’t figure out how to deliver on these two areas, hence opting for mini-LED for the meantime. That’s the only way any of this makes sense to. Otherwise, I can’t seem to sniff out any reason why mini-LED is the next step after LCD for iPad. It certainly wasn’t this way with iPhone and many other smartphones.

I suppose each new technology Apple introduces in its products needs to run its course before Apple can do the “obvious next thing. “ We’re probably stuck with mini-LED on iPad until at least 2023 when there’s a small chance the Air gets it. Until then, we’ll be left staring at our phone screens for our dose of OLED goodness.