Is an OLED screen enough for the new Nintendo Switch? 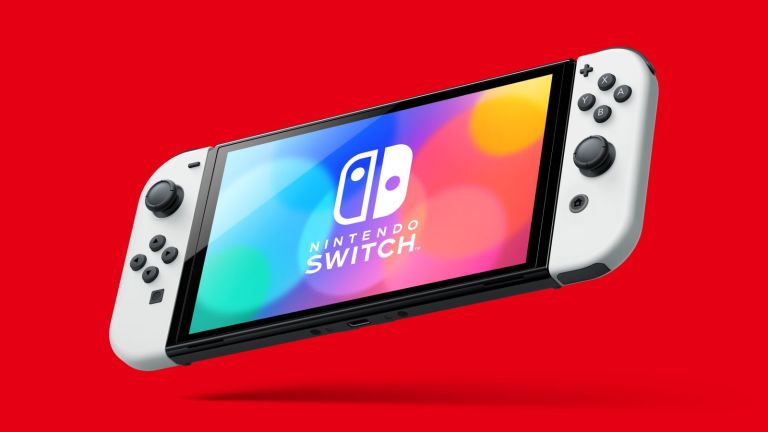 I don’t usually write about gaming consoles since (surprise surprise!) I’m not a huge gamer. However, my siblings and I have wanted to replace our aging Nintendo Wii with a Switch for some time, and today’s announcement of the new OLED Switch got my attention.

Why did it get my attention? Because it’s a better version of what Nintendo was selling before, which could have been really exciting since fans of the console have been waiting for a big upgrade. The problem is, today’s new Switch is like yesterday’s Switch, just with a slightly larger OLED screen. Its new starting price, $349, claims to justify that visual upgrade, and I’m not sure it can.

The outside of the Switch hasn’t changed very much at all. Nintendo did up the screen size to 7 inches for this model, but the resolution remains 720p. The same controllers, exterior shape, and materials are used to compose this console, so it’ll be instantly familiar to anyone who’s used a switch before. It’s just a bit longer this time around.

Obviously, all the focus is on that OLED screen which will greatly improve your gaming experience compared to the LCD on the original Switch and Switch Lite. Blacks will be much more inky, colors will be more vibrant, and you’ll still get nine hours of battery life. That’s all fine and dandy, but it’s the only major new feature in tow.

Nintendo does throw in a couple of things to convince you to buy a new Switch and ditch your old one. There’s now 64GB of internal storage, and the included dock has integrated Ethernet. There are also new Black and White color options that look pretty sharp.

Regardless, the general vibe around this new Switch is one of disappointment and confusion. Rumors have pointed to a Switch with a faster CPU, better graphics, 4K output support, and potentially a new design. None of that happened here, which is a bummer for everyone. What we got instead was a better screen, double the storage, and integrated Ethernet. Compared to faster performance and 4K gameplay, I don’t think that’s very exciting.

Nintendo is gonna charge $349 for this new model which is $50 more than the regular Switch. If you’re gonna buy a Switch, you may as well get this model since it’ll give you that new screen and more storage. However, as far as upgrading is concerned, I’d wait to see if Nintendo eventually puts out a model with better specs and compatibility with 4K TVs. That’s a package worth getting hyped about.

Until then, we’ll have an OLED Switch to gaze at. It’ll go on sale October 8th, just in time for the holiday shopping season when it’ll sell like hotcakes.