The end of Windows 10 is coming. 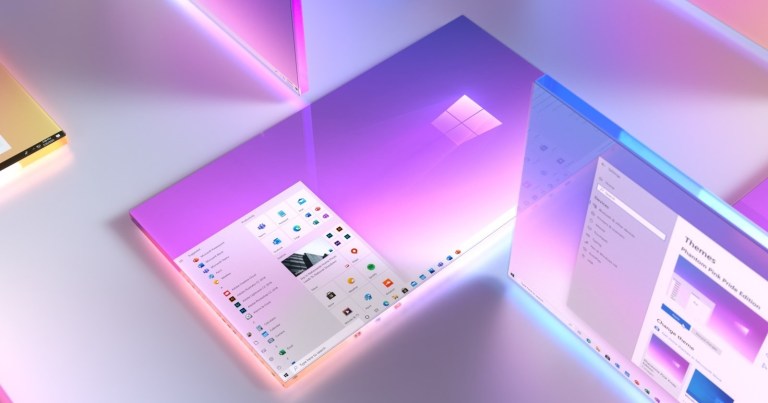 We know Microsoft is going to introduce a humongous upgrade for Windows on June 24th, and all signs point to this new version of the world’s most popular desktop operating system being called Windows 11. That means Windows 10 is gonna eventually go away for good, and there’s a date that can now confirm this: October 14th, 2025.

That’s the day Microsoft says it’ll end support for Windows 10, which seems a bit rushed at first read. However, it’s actually over a decade after the OS was released. While 10 years isn’t the longest time Microsoft has supported an operating system (that crown goes to Windows XP with 12 years of support under its belt), it’s a significant amount of time in the tech world since things change and evolve so frequently.

Still, this date will undoubtedly raise a lot of eyebrows, especially at companies that might’ve just gotten on board with Windows 10. It’s taken a long time for organizations to make the change from Windows 7 to 10. Microsoft tried to speed things up by ending support for Windows 7 last year, but I’m sure there are still plenty of places with systems running the outdated OS with no plans to upgrade.

That will likely be the case with Windows 10, too. Whatever Microsoft will call the next version, it’s likely there won’t be a strong user base for it for at least a few years. That’s how all major operating system upgrades like these go; unless you’re an early adopter, upgrade hesitancy remains alive and well for a vast majority of people.

If ending support for Windows 10 isn’t enough to convince people to upgrade to Windows 11, perhaps its feature set will be. Microsoft has been working on a complete overhaul of the UI in Windows as a part of their “Sun Valley” project. Everything from windows to icons to your taskbar will get a revitalization. It’ll have a different feel to it, which is important to grab the attention of everyone Microsoft can.

The Microsoft Store will also see a revamp in hopes of sparking a fire under the seats of developers to continue developing apps for it. According to the company, any app will be eligible for submission to the store with the overhaul, including browsers like Google Chrome. The File Explorer will also see improvements, as will the Start menu and windowing.

There will also be plenty of more focused improvements on the back-end of the OS to ensure stability and reliability. For example, Bluetooth connectivity will receive a lot of attention to (hopefully) enhance the experience of connecting Bluetooth devices to your PC. Microsoft will also focus on fixes for multitasking and stability, two areas in need of some brushing up.

It’s all part of a broader effort from Microsoft to rejuvenate Windows to feel modern and new. Apple’s macOS, in comparison, has gotten a lot of love from customers and reviewers alike thanks to its more consumer-friendly approach to computing and tight integration with other products users have. Microsoft has tried to replicate the same experience with Windows 10 over the years, but I suppose they haven’t had much success since a huge rebranding is on the cards for an event scheduled just over a week away on the 24th.

I’d also like to share an important feature Microsoft should include in Windows 11, per Rich Woods at XDA-Developers: it should just work. People like macOS because it just works. There are no drivers to install, you don’t have to worry about executable packages and in what directory applications get installed, there’s no need to stay on top of BIOS updates – everything just works.

I’m not saying Microsoft will go that far with Windows 11 (in fact, I’d be surprised if they even entered the same ballpark as this level of simplicity). But something definitely has to change to make Windows 11 more inviting and friendly to every kind of user, including those who want to turn on their computer and let the OS fade into the background.

Perhaps that will finally come with the death of Windows 10 and the introduction of Windows 11. It should be an interesting next few years for the world of Windows computers as Microsoft introduces one of the most ambitious revamps of the software’s history.

After a ton of leaks, Beats finally unveiled the new Studio Buds priced at $149.99. They seem like a pretty great deal since they’ve got active noise cancellation, IPX4 water resistance, up to eight hours of battery life (with USB-C charging), and three different colors to pick from. What’s most interesting is Beats’ marketing for the buds which clarifies how they support both iOS and Android. The Studio Buds are compatible with both platform’s fast pairing solutions, so they might be the earbuds you’ve been waiting for if you wanted something truly cross-platform from a major brand.

It’s worth noting that the Studio Buds don’t come with any of Apple’s fancy tech like an H1 or W1 chip for multi-device support in Apple’s ecosystem. Beats definitely tried to strike a balance between the experience on iOS and Android, so they might not be the buds for you if you want an experience identical to AirPods.

Speaking of Apple, the new Apple Watch Series 7 is back in the news thanks to a report from Bloomberg. The watch is said to come with thinner display bezels and a new lamination technique for the display to make it sit more flush with the rest of the watch. It’ll also come with a faster processor and “updated” ultra wideband tech.

The publication notes the watch for next year, likely called the Series 8, will be more technically impressive thanks to temperature monitoring. In the future, blood glucose monitoring will also reportedly be added, although things could change.

Renders for Apple’s upcoming, redesigned iPad mini have also surfaced (via Jon Prosser), and boy does it look good. It’s basically an iPad Air, just smaller, which is extremely appealing. The tablet will reportedly have a display ranging between 8.4- and 8.9-inches along with an A14 Bionic processor, 5G, and a thickness of just 6.1mm. I can totally see this tablet becoming incredibly popular for those who just want an iPad to do iPad things. I’ll keep you posted if more details surface.

Also in Apple news is an official confirmation from the company that its mask mandate in its retail stores drops this week, according to Bloomberg. Employees are asked to continue wearing them, but fully vaccinated customers won’t have to.

Finally, Apple’s Android app for Apple Music just got another beta version (via 9to5Google), and this one has support for Spatial Audio and lossless streaming. This indicates the features will soon roll out to all users on Android. The update also includes automatic crossfade which isn’t currently available on iOS, so I’m assuming a future update will carry the feature to Apple device users.

As it turns out, Samsung’s very much on the fence about whether it should produce the Galaxy S21 FE or not. It was reported that production was suspended on the cheaper version of the flagship S21 due to serious chip shortages around the world, but Bloomberg learned over the weekend that the company hasn’t made a decision yet to go either way. They still have a few months before they have to announce it if they wanna stay in sync with the S20 FE’s release last year, so expect more details to emerge soon.

Google confirmed yesterday that its Workspace suite of apps is now available for everyone, not just those who pay for it. Google Chat is now available for everyone, as well as Spaces which are basically enhanced Google Chat Rooms where you and your friends/colleagues can collaborate on projects created in apps like Docs and Sheets. Google’s got more details on its blog linked here.

If you’re a Chrome OS user, you’ll be getting more frequent updates soon. According to the Chrome OS release TPM lead Marina Kazatcker, Chrome OS will move to a new release schedule which will see the system get an update every four weeks. It brings the OS in line with the Google Chrome browser which has also switched to a four-week release cycle.

If you need a new Chrome OS laptop, Asus might have what you’re looking for with the Chromebook Flip CM5. It tries to appeal to gamers by offering support for Google Stadia and Nvidia GeForce Now, despite only having a 60Hz screen and Radeon integrated graphics. Still, it seems like a decent laptop with up to an AMD Ryzen 5 3500C processor, 8GB of RAM, 128GB of storage, Harmon Kardon speakers, and a sleek aesthetic.

YouTube has announced it’ll no longer let four different types of ads run in its masthead advertising space on its homepage: those involving politics, gambling, alcohol, and “prescription drug terms.” It’s part of a broader effort from YouTube to make the end user experience more enjoyable, while also combating the spread of incorrect or dangerous information on its platform. Axios has the scoop on this story if you want more details.

Subscribe to receive these articles right in your inbox every Tuesday-Friday!

Please check your email to confirm your newsletter subscription.