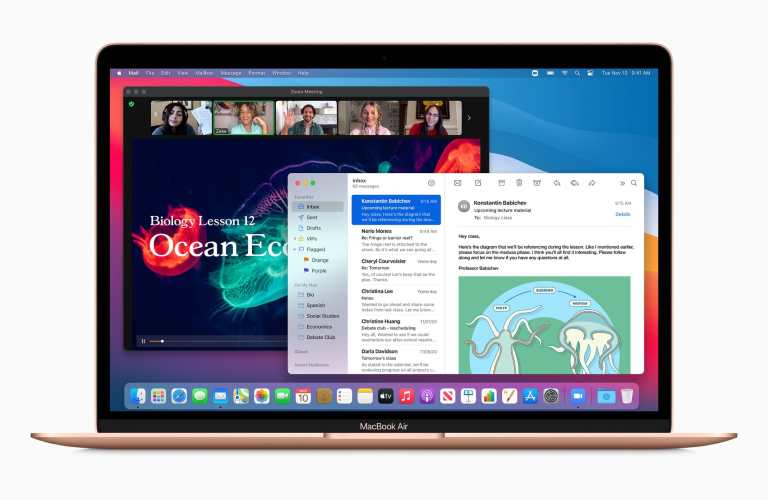 Apple has released macOS Big Sure 11.3 for all supported Macs, and some of its headlining features include AirTag support, improvements to how iOS apps run on M1 Macs, more emojis, and improvements to Siri. The update is rolling out now through the Settings app.

According to Apple’s release notes, macOS 11.3 includes support for its new AirTag trackers that it released last week. The trackers allow you to keep tabs on important items like your backpack or wallet through the Find My app. Apple also includes over 200 new emojis with the update, along with more diverse options for Siri’s voice.

For M1 Macs, Apple now lets you resize iPhone and iPad apps. Support for displaying higher-res versions of the apps is also here along with keyboard, mouse, and trackpad support for games. Apple Music is also getting improved with autoplay (a feature that plays similar music once a song or playlist ends) and city charts to display what’s popular in over 100 cities around the world.

Apple also includes a new Podcasts app, an updated News app, improvements for Safari and Reminders, Xbox Series X/S and PlayStation 5 DualSense controller support, and more. There’s also an important security update that patches a vulnerability allowing hackers to make their way into your system through File Quarantine and GateKeep’s opening dialog box. A list of other security improvements can be found here.