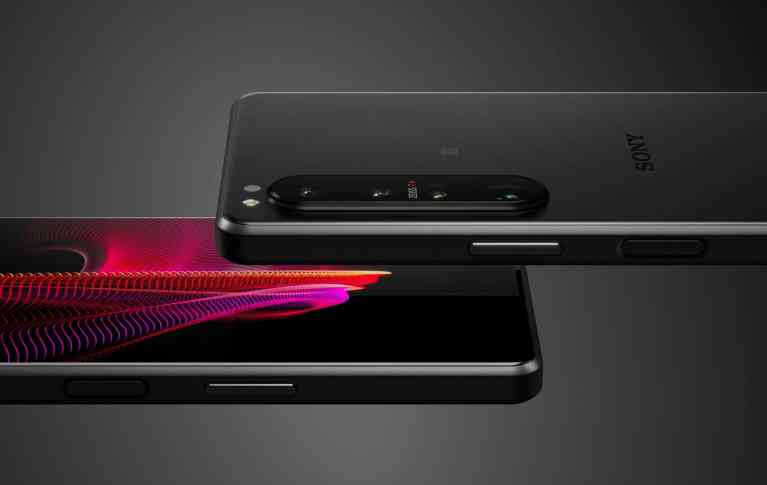 They each pack the specs you’d expect from a pair of flagships from this year (I’ll get to those later), but Sony is really leaning into their unique camera system that offer more versatility to different focal lengths than most smartphones.

Both the Xperia 1 III and 5 III offer three rear 12MP lenses. There’s a main 24mm f/1.7 sensor, an ultra-wide 16mm f/2.2 sensor, and a 70mm f/2.3 telephoto. The telephoto lens is by far the most interesting since it can physically move to emulate an f/2.8 105mm sensor and offer far more detail in zoom photos.

Sony achieves this by implementing a special folded periscope design that allows the lens to get physically closer to a subject. Between the three different lenses, you can obviously zoom in and stop at various different points thanks to digital zoom. But for those who want crisper detail out of close-up shots, the new Xperias will provide an experience unlike any other.

The phones ship with all of Sony’s custom camera tricks installed, including focus peaking, real-time subject focusing, and a ton of different shooting methods. Both devices can even be used as a monitor thanks to the USB-C port which works with SLR cameras. It’s very similar to the system the Xperia Pro has.

If you were hoping for a unique selfie camera situation, you’re out of luck. The Xperia 1 III and 5 III each ship with an 8MP lens on the front.

Elsewhere, the new Xperia phones are pretty much what we’ve come to expect. Each device as a 21:9 screen, with the 1 III getting the clear edge on quality thanks to its 6.5-inch 4K OLED 120Hz panel. The Xperia 5 III gets bucked down to a 6.1-inch panel and a 1080p resolution, although I’m not sure what its refresh rate is.

Under the hood, you’ll find Snapdragon 888s in each along with 4,500mAh batteries. The Xperia 1 III has 12GB of RAM while the 5 III gets 8GB. You can get 256GB of storage on both devices, and there are fingerprint readers and headphone jacks donning the device’s exteriors.

Sony ships both phones with Android 11, although it’s not clear how long software updates will be delivered. And in case you were wondering, both are covered in glass (which means wireless charging is here).

It’ll be interesting to see how well the devices sell. With LG out of the market for good, a new contender could swoop in and gobble up the few consumers that used LG’s higher-end devices – devices that were specific targets of Sony’s.

I’ll let you know when we have more information on availability and pricing for the new Xperias.