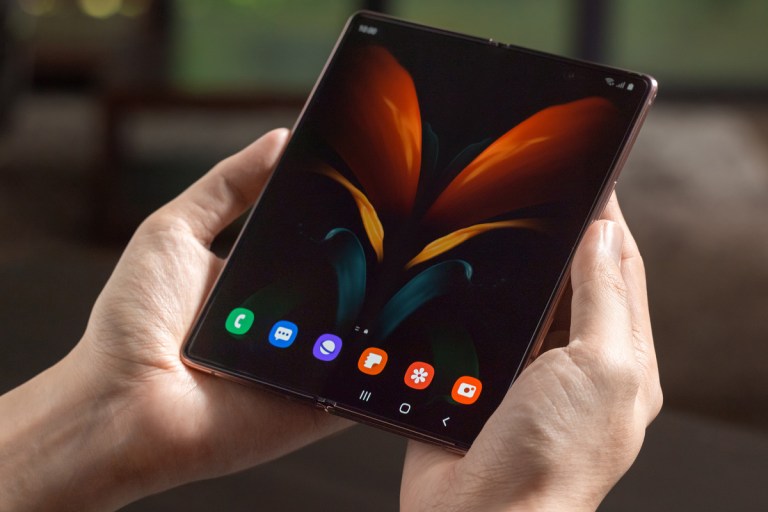 Samsung might be looking to reduce the screen size of its next Galaxy Z Fold. A report out of The Elec (via XDA-Developers) claims Samsung is planning to make the internal display of the Galaxy Z Fold 3 7.5-inches, down from 7.6-inches. In addition, the battery could also be reduced from 4,500mAh to 4,380mAh.

The smaller screen would, at least, be for good reason. Rumors suggest Samsung is trying to make holding the next Galaxy Z Fold while closed a little less awkward. At the current moment, holding a Z Fold 2 while its internal screen is folded over creates a candy bar-esque form factor, which is too fall for one-handed use. Plus, it’s quite thick, measuring in at 16.8mm thick when collapsed.

With the smaller display, Samsung could get rid of some of the bezels around the internal display and fix the aspect ratio, making the folded-over position a little wider and more natural to hold. For those wondering, the cover screen should remain the same 6.2-inches it is now on the Z Fold 2.

As far as the battery is concerned, it’s unclear why Samsung is reducing the cell. It could be due to space constraints (read: the most likely reason), but there’s no clear explanation just yet. The company could be trying to make the device thinner, which would be a good thing.