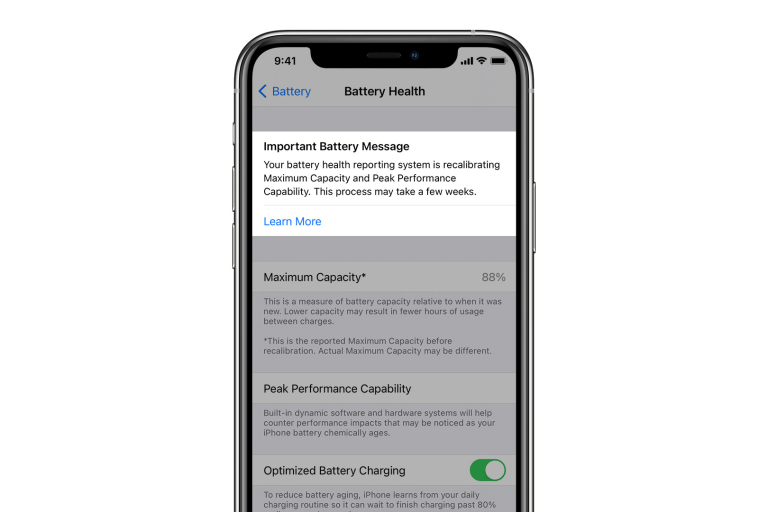 Apple has begun rolling out the sixth beta of iOS 14.5 to testers, and the company includes a pretty big new feature for users of 2019’s iPhone 11 series: an automatic recalibration of your battery.

Users have been reporting issues with their iPhone 11, 11 Pro, and 11 Pro Max batteries for quite some time, and it looks like Apple will be trying to address them head-on with this update. In the battery settings of the devices, there will be a new notice announcing that the device will begin automatically recalibrating its battery “during regular charge cycles,” according to the company. The whole process “might take a few weeks” to complete, and the displayed maximum percentage won’t change.

By doing this, the battery settings on your iPhone 11 will be much more accurate when telling you whether your device is capable of peak performance. It should also help with overall battery health.

Apple says there were some cases in its testing where the recalibration process would prompt the user to get their battery replaced. If that’s what happens to your device, the company says either it or one of its Authorized Service Providers will replace it for free.

It isn’t clear when iOS 14.5 will roll out to everyone, but when it does, it’ll come with a hefty roundup of features. You’ll get over 200 new emoji, the ability to unlock your iPhone while wearing a face mask, the ability to change Siri’s default music player, tweaks to the Apple Music and Podcasts apps, Xbox Series S/X and PlayStation 5 controller support, and more.