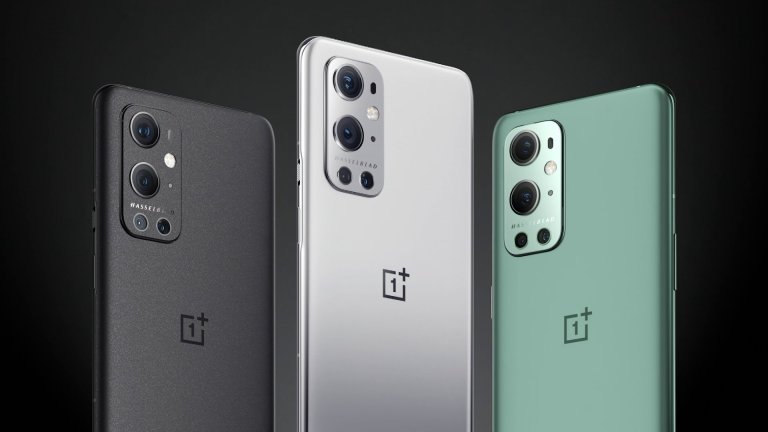 OnePlus has officially taken the wraps off its newest flagship smartphones, the OnePlus 9 and 9 Pro. The phones were unveiled at a virtual event and mark the first time the company has partnered with Hasselblad to produce better cameras, an area where OnePlus has struggled over the years. The devices will start at $729 and go on sale in the coming weeks.

The headlining feature of these phones are their cameras, and it’s what OnePlus will be marketing the most. The company partnered with historic camera powerhouse Hasselblad for the sensor optimization and post-processing of photos taken with the OnePlus 9 Pro.

OnePlus says it partnered with Sony to build a custom IMX789 lens for the main camera on the 9 Pro which boasts a 48MP resolution. Meanwhile, the standard OnePlus 9 has a Sony IMX689 as its main camera. The ultra-wide lens on both phones has a 50MP resolution and uses an IMX766 sensor. Exclusive to the OnePlus 9 Pro is an 8MP telephoto lens. On both, you’ll also find a 2MP monochrome sensor.

Hasselblad appears to have focused more on post-processing than anything hardware-related. The company built a custom Hasselblad Pro Mode for the OnePlus 9 Pro which lets you fine tune the look of the output image to your liking. Beyond that, the company says it helped OnePlus with optimizations, but it looks like OnePlus poured the most effort into the actual hardware associated with its new flagships.

In addition, the cameras can shoot 8K video at 30 frames per second and utilize a new Nightscape Video mode for brighter nighttime videos. You can shoot 12-bit RAW images on both phones and take advantage of an improved portrait mode.

Setting the cameras aside, the OnePlus 9 and 9 Pro bear a striking resemblance to last year’s OnePlus 8 and 8 Pro, which isn’t necessarily a bad thing. Both phones offer rounded edges and corners, with minimal bezels around their displays. OnePlus says the 9 includes a 6.55-inch Full HD+ OLED screen while the 9 Pro has a 6.7-inch Quad HD+ OLED panel. Both offer 120Hz refresh rates, the company’s new Hyper Touch technology to improve touch latency, and HDR10+. The 9 Pro can get up to 1300 nits bright.

Under the hood, OnePlus uses the new Snapdragon 888 processor, a chipset that’s only really present in the US thanks to the Samsung Galaxy S21. You can get gobs of RAM with these phones (up to 12GB, if you so wish) along with up to 256GB of UFS 3.1 storage.

Batteries in the phones size up to 4,500mAh. OnePlus says you can use its 65W Warp Charge adapter to charge these phones quickly, but if wires aren’t your thing, you can buy the company’s new 50W wireless charger which can take your phone from one percent to 100 in under an hour. It utilizes the OnePlus 9 Pro’s split battery cell design and charges both cells at 25W to achieve faster recharge times. Unfortunately, the OnePlus 9 doesn’t get this crazy-fast wireless charging, but it does at least get 15W Qi charging.