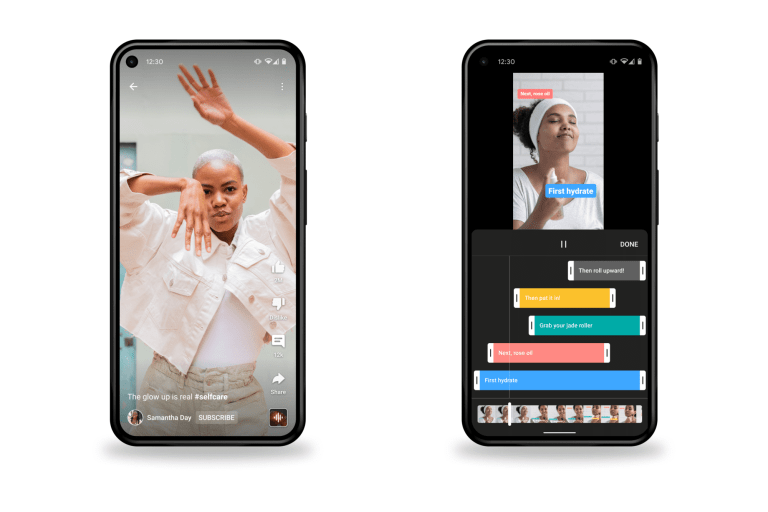 Google has announced YouTube Shorts, the company’s direct competitor to TikTok, has landed in the United States in beta form. The beta is rolling out for a number of users now, with more people gaining access over time. Shorts is being introduced to US citizens with a limited feature set that will grow over time, according to the company.

That growing begins immediately. When Shorts were exclusive to India, you couldn’t add text to certain points of your video or sample audio from other Shorts to remix in your own. Today, those features are available for users who have access to Shorts. YouTube says down the road, it’ll add the ability to use audio from billions of videos across YouTube in addition to music from over 250 labels and publishers.

To help launch Shorts, there will be a row on the homepage of the YouTube app that gives you immediate access to the feature. You can then tap a video and begin watching Shorts from creators. To navigate between videos, just swipe up on your screen (just like TikTok).

YouTube says it’s testing a dedicated Shorts tab for the app and letting you find full songs or videos corresponding to content found in a Short. It also seems likely the player for Shorts will see improvements given its somewhat barebones nature.

In its blog post announcing the arrival of the feature in the States, YouTube notes how committed it is to Shorts in the long term.

YouTube has helped an entire generation of creators turn their creativity into businesses and become the next generation media companies. Over the last three years, we’ve paid more than $30 billion to creators, artists, and media companies.

Shorts is a new way to watch and create on YouTube, so we’re taking a fresh look at what it means to monetize Shorts and reward creators for their content. We are deeply committed to supporting the next generation of mobile creators with Shorts, and are actively working on what monetization options will look like in the future.

The company says YouTube Shorts will be gradually rolling out in beta to everybody in the US over the next several weeks.