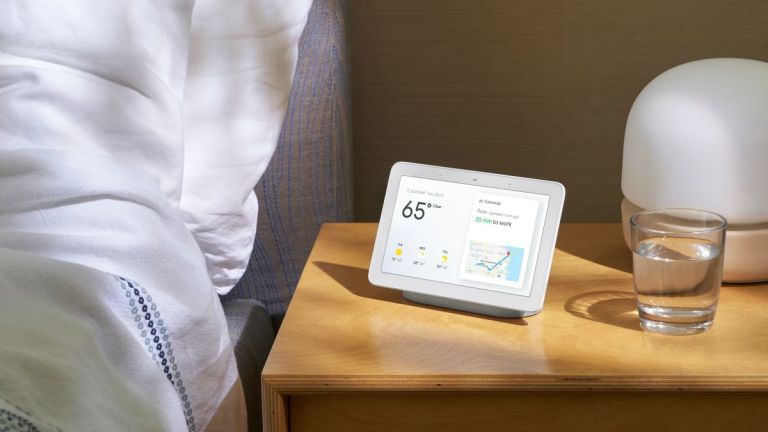 Google has announced a second generation of its Nest Hub smart display. The speaker offers upgrades in plenty of areas like sound quality and controls, but what’s most interesting is its ability to track your sleep. The company says the speaker will retail for $99.99 and is up for preorder today in the US, Canada, the UK, Germany, France, and Australia.

According to Google, the new Nest Hub offers 50 percent more bass than the previous model thanks to a new 1.7-inch driver. The design has also been tweaked so that the glass on the front fits a bit better with the frame. The screen is the same as before, measuring in at 7-inches with a 1024×600 resolution, and there’s still no webcam. It ships in four colors: Charcoal, Chalk, sand, and a new blue Mist.

Google says the new Nest Hub is faster, which is a good thing since the software on Google Assistant-powered smart displays has gotten pretty powerful since the speakers debuted a few years ago. The company is also including a built-in Thread radio which will work with Project Connected Home over IP, a yet-to-launch cross-platform initiative that should make smart home ecosystems far more versatile than they are today.

Of course, the most interesting aspect of the new Nest Hub is the Soli sensor array at the top of the screen. Like the Pixel 4 from 2019, you can wave your hand in front of the screen to pause/play music, flick through songs, and even silence alarms. But what’s most fascinating is its ability to track your sleeping habits, all without making you wear something like a smartwatch.

According to the company, Sleep Sensing uses the Motion Sense tech powered by the Soli radar sensors to track when you’re sleeping depending on your breathing and moving habits. It tracks the person closest to the display itself and can automatically tell when that person falls asleep, prompting the sleep tracking to begin.

Google says Sleep Sensing plugs right into Google Fit and can give you a full report the morning after on how well you slept. It can track sleep disturbances like coughing, snoring, and even light and temperature changes in your room in order to paint a clearer picture of what might be keeping you up.

After a number of nights where your sleep is tracked, Google says your Nest Hub can provide you with personalized bedtime schedules and suggestions developed by a team of scientists from organizations like the American Academy of Sleep Medicine. The device also tracks your breathing rate and lets you keep tabs on it in the Fit app.

Much like the heart and blood oxygen monitoring features on the Pixel, sleep tracking with the Nest Hub isn’t meant to produce medical diagnoses, nor can it do that to begin with. Rather, Google built the feature as general wellness tool. In addition, the company says your data is never sent to its servers and stays solely on the device itself. You can also opt out of sleep tracking if you don’t want it.

According to Google, the Nest Hub will launch on March 30th.