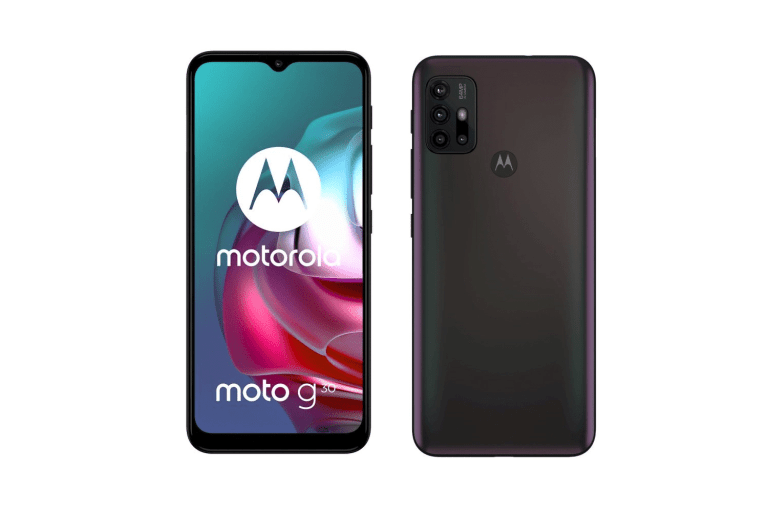 Motorola has announced two new budget smartphones called the G10 and G30 that are headed to select regions of Europe. As is the case with many budget phones, the one with the higher number in its name is always the most interesting, and this new duo of devices offers no exception.

The Moto G30 sports a 6.5-inch IPS LCD display with a 1600×700 resolution. The reason you should care? It also has a 90Hz refresh rate, a feature that’s much more common on costlier smartphones. This feature alone will make the phone feel much faster than it actually is.

Speaking of which, the G30 is powered by a Snapdragon 662 processor, up to 6GB of RAM, and 128GB of expandable storage. there’s a 64MP main camera on the back paired with an 8MP ultra-wide, 2MP macro, and 2MP depth sensor. there’s also a 12MP selfie camera. For power, the G30 utilizes a giant 5,000mAh battery with 20W fast charging.

Then there’s the G10 which offers a stepped-down experience compared to the G30. It, too, has a 6.5-inch display, but it bumps the refresh rate down to 60Hz. it also has a slower Snapdragon 460, 4GB of RAM, and either 64 or 128GB of storage. The primary and selfie cameras also see downgrades in the form of 48MP and 8MP shooters, respectively.

Luckily, the G10 sticks with the same 5,000mAh battery. Other similarities the phone has to its more powerful sibling include IP52 certification, Android 11, headphone jacks, and fingerprint scanners for security.

The Moto G30 will cost €180 while the G10 will retail for €150. Both phones are available through Motorola’s UK and German sites now, with other European markets getting them over the coming months.