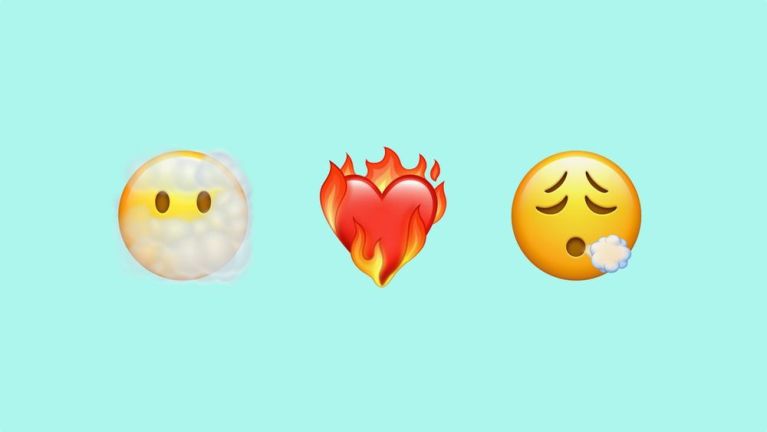 Apple has released the second beta of iOS 14.5, and in it you’ll find over 200 new emoji. The update will include the Emoji 13.1 spec that was certified last year and will roll out to consumers this spring. In total, your iPhone and iPad will get 217 new emojis with this iOS update and the accompanying iPadOS 14.5 upgrade.

A brief rundown of the new emojis: they’re random, as per usual. For starters, you have more options for the classic smiley emojis. There’s a new “Exhaling Face” in addition to a new “Face with Spiral Eyes.” There’s also a new “Face in Clouds” which I’m sure will get some attention when it’s released to the public.

Emoji 13.1 also features more variety in the couples category thanks to new skin tones. There are also new options for people with beards – now, you can specify whether you’d like to share a woman with a beard or a man with a beard. Before, you had the somewhat limited option of a “person” with a beard.

In the heart category, iOS 14.5 adds two new options: “Heart on Fire” and “Mending Heart.” There’s also a new syringe that’s no longer filled with blood, making it more versatile in case you’re talking about something else you’d use a syringe for that doesn’t involve blood (e.g. the COVID-19 vaccine).

Rounding things off, Apple’s rebranding the over-ear headphones emoji as a pair of AirPods Max, lining up with what the company’s done with other emojis like the desktop computer, smartphone, and watch.

iOS 14.5 will also include the ability to change your default music provider, unlock your iPhone while wearing a face mask, tweaks to the Apple Music and Podcasts apps, Xbox Series S/X and PlayStation 5 controller support, and more. The update is expected to ship in the coming months.