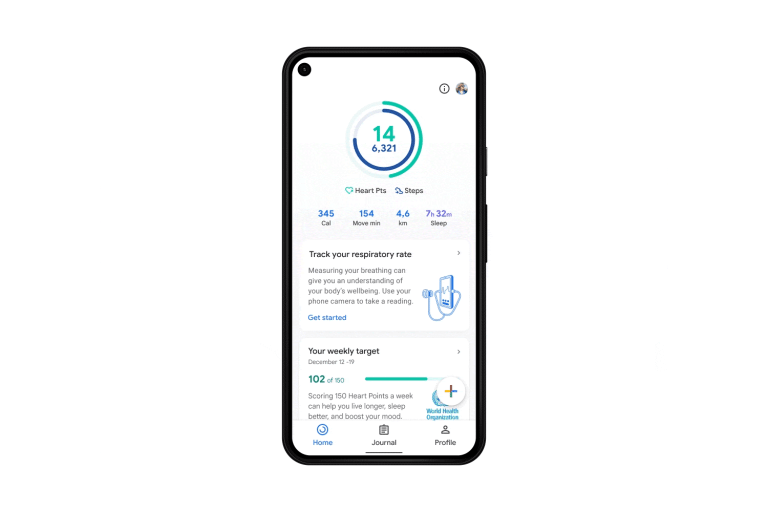 Google has announced it plans to add heart and respiratory rate tracking to its Fit health app on Pixel phones by utilizing the devices’ cameras. The company will begin rolling out the feature next month, with more Android devices also getting it in the future.

There are two ways your cameras are utilized depending on whether you’re measuring your respiratory rate or heart rate. The former uses a frame you position your head and chest in via the front-facing camera and reads small movements in your chest to determine the amount of breaths you take per minute. The latter needs you to physically place your finger on the rear camera which then looks for pulses. The data Google Fit collects is then stored and displayed on the home screen of the app.

The company details the new features a bit more in a blog post.

Thanks to increasingly powerful sensors and advances in computer vision, these features let you use your smartphone’s camera to track tiny physical signals at the pixel level — like chest movements to measure your respiratory rate and subtle changes in the color of your fingers for your heart rate.

We developed both features — and completed initial clinical studies to validate them — so they work in a variety of real-world conditions and for as many people as possible. For example, since our heart rate algorithm relies on approximating blood flow from color changes in someone’s fingertip, it has to account for factors such as lighting, skin tone, age and more in order to work for everyone.

With continued advances in hardware and software, sometimes the device that could be most helpful to your health and wellness is already in your pocket. Our team of researchers, engineers, and clinicians are exploring how everyday devices and inexpensive sensors can give people the information and insights they need to take control of their health.

According to Google, the measurements they record are pretty accurate. Respiratory rates have proven to be within a breath per minute for those with and without health conditions, according to Google Health’s Jiening Zhan who spoke to The Verge. Meanwhile, the heart rate tracker was accurate within two percent across various tests with numerous different skin tones.

Of course, the company doesn’t want you to think any of the data it collects should be used for medical purposes. Right now, they’re tools for tracking “general wellness” which, according to Zhan, is still a good thing since you’ll be collecting much more information about your heart and respiratory patterns than usual. That being said, none of it is by the FDA (at least not yet), so treat it more like a step tracker than anything else.