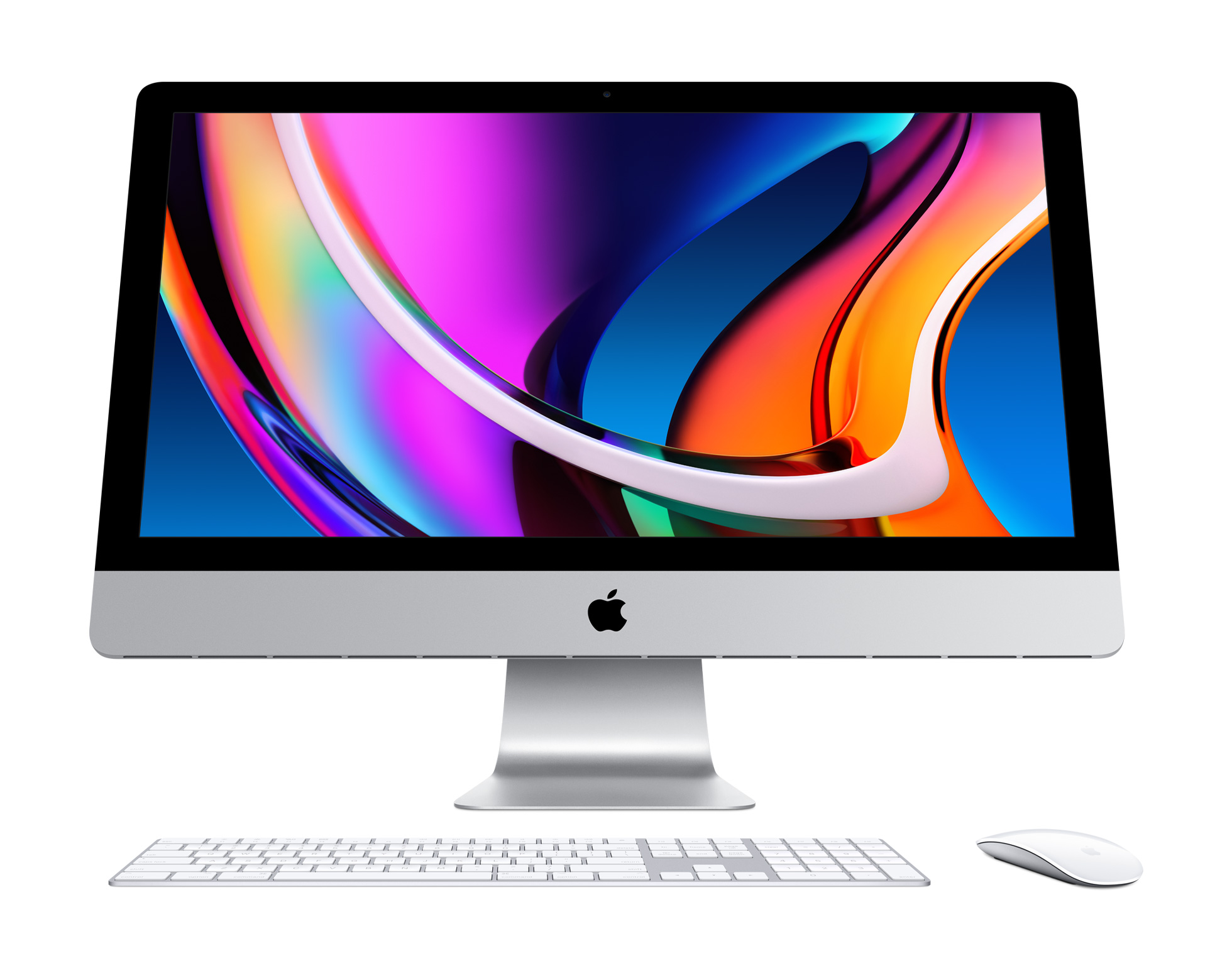 Today, Apple announced it’s giving the 27-inch iMac a pretty big upgrade. If you think for whatever reason that means a new design is in tow, you’re dead wrong. Apple is sticking with the same thick bezels, large aluminum chin, and overall construction as every previous 27-inch iMac. I suppose when Apple switches the Mac to ARM chips it’ll give it a design refresh, but at this point who’s to say.

Instead of an external upgrade, the changes Apple has made are largely internal. The 27-inch iMac now ships with Intel’s 10th-generation CPUs in 6-core, 8-core, and 10-core flavors. With Turbo Boost, depending on the CPU, you can spit out 5.0GHz of power which is 65 percent faster than the previous iMac. You can also configure your iMac with up to 128GB of RAM. For graphics, you get AMD’s Radeon 5300, 5500XT, or 5700XT with 16GB of VRAM.

One of the most important upgrades is in the hard drive department. Apple has switched the 27-inch iMac exclusively to SSDs… almost. By default, you get a 256GB SSD which you can configure with up to 8TB of storage. However, as a baseline configuration, you can opt for a 1TB Fusion Drive at no additional cost. Most people, though, will be getting an SSD in their 27-inch iMac which is a big deal.

There are also a bunch of other highlights in regards to the new iMac. Apple has upgraded the webcam to capture 1080p video, there’s a new T2 chip for improved security, the speakers now produce higher-fidelity audio, and the mics are “studio-quality” according to the company. You now also have the option to get your iMac’s Retina 5K screen in a nano-texture coating. This feature is being brought over from the Pro Display XDR which minimizes glare and reflections better than a traditional matte screen. Granted, this option costs $500 so you’re gonna have to really want it to justify spending your money.

In addition, Apple is upgrading the 21.5-inch iMac with SSDs across the line along with the 1TB Fusion Drive option. Interestingly, the iMac Pro is only getting a single upgrade: a 10-core Intel Xeon processor by default. It isn’t getting a nano coating, new fancy graphics options, or even 10th-gen chips. I guess Apple has either no plans for the Pro or even bigger plans than what we’ve seen with the 27-inch iMac.