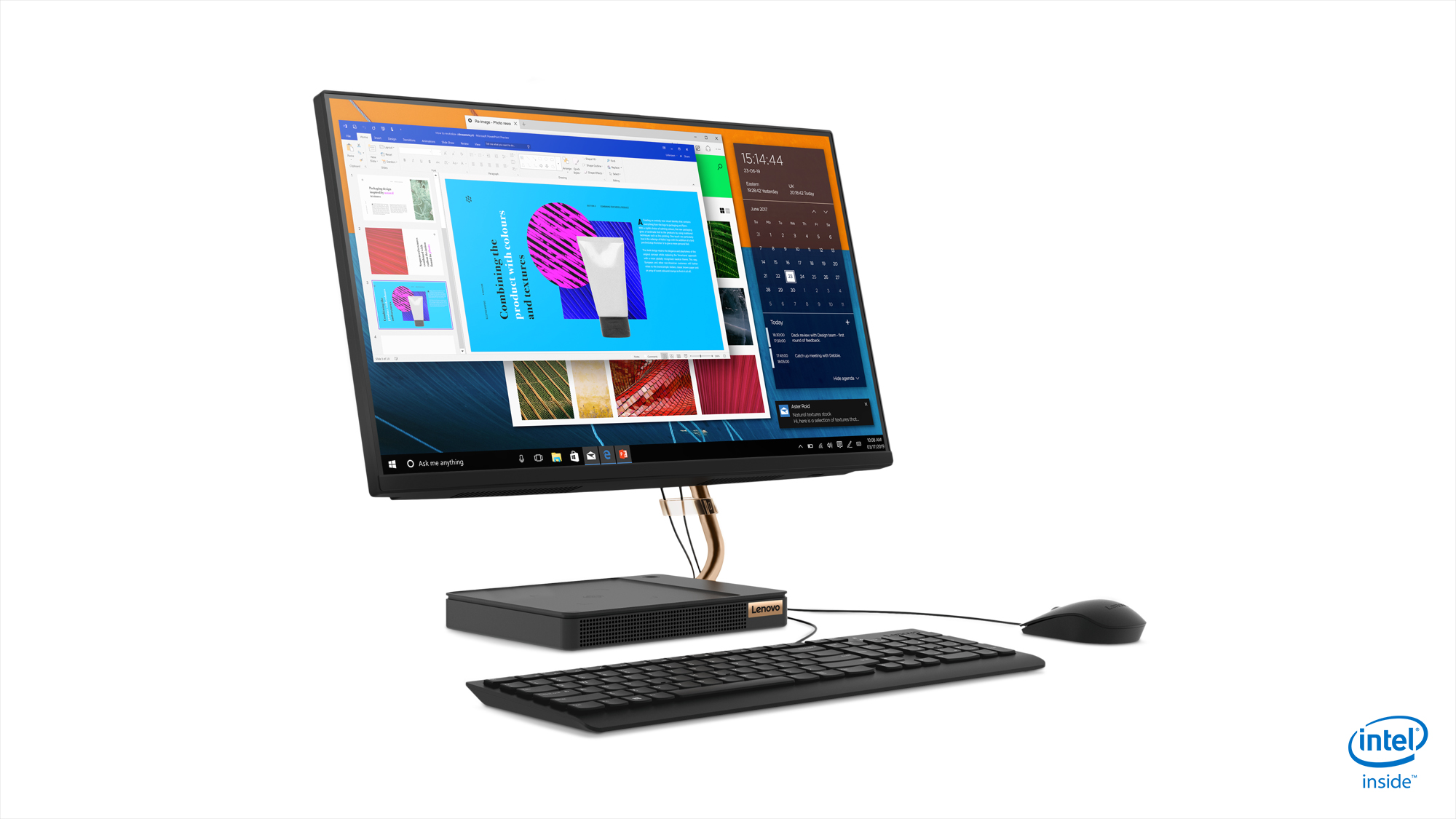 Ahead of IFA 2019, Lenovo is debuting its latest all-in-one PC, the IdeaCentre A540. Typically, all-in-one computers look like chunky monitors that get hot more often than a standalone display. But recently, a shift has taken place I the market, a shift that’s seeing companies over-engineer all-in-ones into devices that are more functional, pleasing to the eye, and exciting.

Lenovo has been both a leader and a follower in this regard, with the company’s Yoga A940 from earlier this year clearly copying what made the Microsoft Surface Studio great, just for cheaper. With the IdeaCentre A540, we aren’t getting an all-in-one that’s as adventurous as the A940 nor as functional, but it does meet somewhere in the middle with a beautiful exterior, powerful internals, and a few extra features to spice things up.

I mean, just look at this thing. The copper/gold accents, the slim bezels, the compact base – this definitely looks like a computer you want to interact with.

Up front, you get either a 23.8-inch Full HD display or a 27-inch Quad HD panel. Both offer touchscreens and 16:9 aspect ratios. Unlike the A940, however, the hinge doesn’t tilt all the way down to your desk, eliminating the ability to draw or do other graphics work efficiently. That isn’t necessarily the purpose of the A540 anyway, but just keep this in mind if you plan to buy it.

Inside, Lenovo includes a solid spec list. You can get up to a 9th-generation Intel Core i7 processor, 16GB of RAM, 2TB of HDD storage or 1TB of SSD storage, and AMD Radeon RX 560X discrete graphics. You’ll also find five USB-A ports, an SD card reader, an Ethernet jack, a headphone jack, an HDMI port, and a power port. The 27-inch model switches out two of those USB-A ports for USB-C ports.

To add a bit of functionality to the A540’s base, Lenovo includes a wireless charging pad right on top. That way, while you’re working, you can place your phone down and have it instantly start charging. This is similar to the A940 which has the same feature, separate from the principal base of the device.

Above the display, Lenovo includes an IR camera for compatibility with Windows Hello. There’s also a physical privacy shutter that covers your webcam so you can avoid people hacking into your computer and spying on you without you knowing so. In other words, for the paranoid.

As far as pricing goes, Lenovo says the 24-inch A540 will start at $799.99 which is pretty affordable. Meanwhile, the more premium 27-inch model will start at $1,299.99. Both models are expected to start shipping as early as next month.