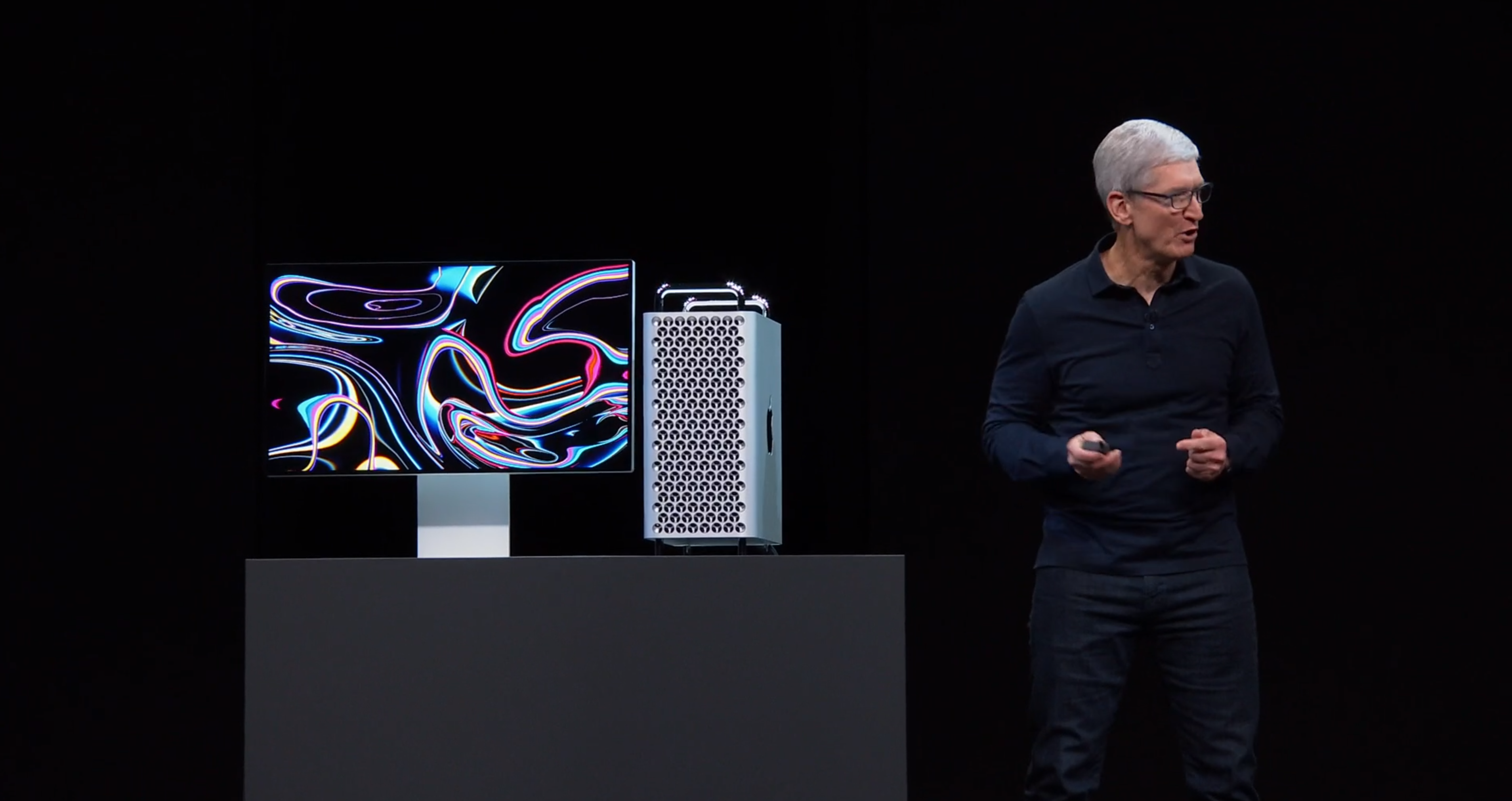 Apple has finally shown off its redesigned Mac Pro at its WWDC 2019 event. The PC has been in the works for quite some time, with Apple originally acknowledging its existence back in 2017. Now, we finally have our first look at the beast.

The new Mac Pro looks absolutely insane. It’s reminiscent of the original Mac Pro with its stainless steel, mesh-style case. Lifting the case, you’ll find some incredible specs. There’s an Intel Xeon processor that’s configurable with up to 28 cores, RAM that’s configurable up to 1.5TB, and up to 300W of power.

That’s not all, of course. Apple will include eight PCI Express expansion slots with the Mac Pro along with the company’s in-house MPX Module. The MPX Module is built into the motherboard using Thunderbolt 3 to add additional power and connectivity to the machine using two graphics cards, its own heat sink, and a custom Thunderbolt connector. You can choose to slot in AMD’s Radeon Pro Vega 2 or Radeon Pro Vega 2 Duo graphics if you want. Plus, you have the option of doubling up on the GPUs for even more insane performance.

To make handling large amounts of pixels on a screen easier, Apple has built its own accelerator card called Afterburner. With Afterburner, the company says professions using high-quality cameras who need to convert native file formats into proxies can do so right from their camera and decode up to three streams of 8K ProRes RAW video or 12 streams of 4K ProRes RAW video.

With this amount of power, you need some serious cooling. That’s why Apple includes three large fans on the back of the Mac Pro to improve heat management and circulation throughout the system. The case of the machine also helps with airflow thanks to its various holes.

Additionally, the Mac Pro can ship with wheels to make it easier to move around your office, while a model built for stacking in dedicated work rooms will also be sold.

As is the case with many Apple products, the Mac Pro won’t be cheap. It starts at $5,999. That gets you an octa-core Intel Xeon processor, 32GB of memory, Radeon Pro 580X graphics, and a measly 256GB of storage. Whether that’s worth it is your decision to make. Personally, for a professional machine at that price, I think 256GB is a complete and utter rip-off. But hey, if you can manage, go for it.