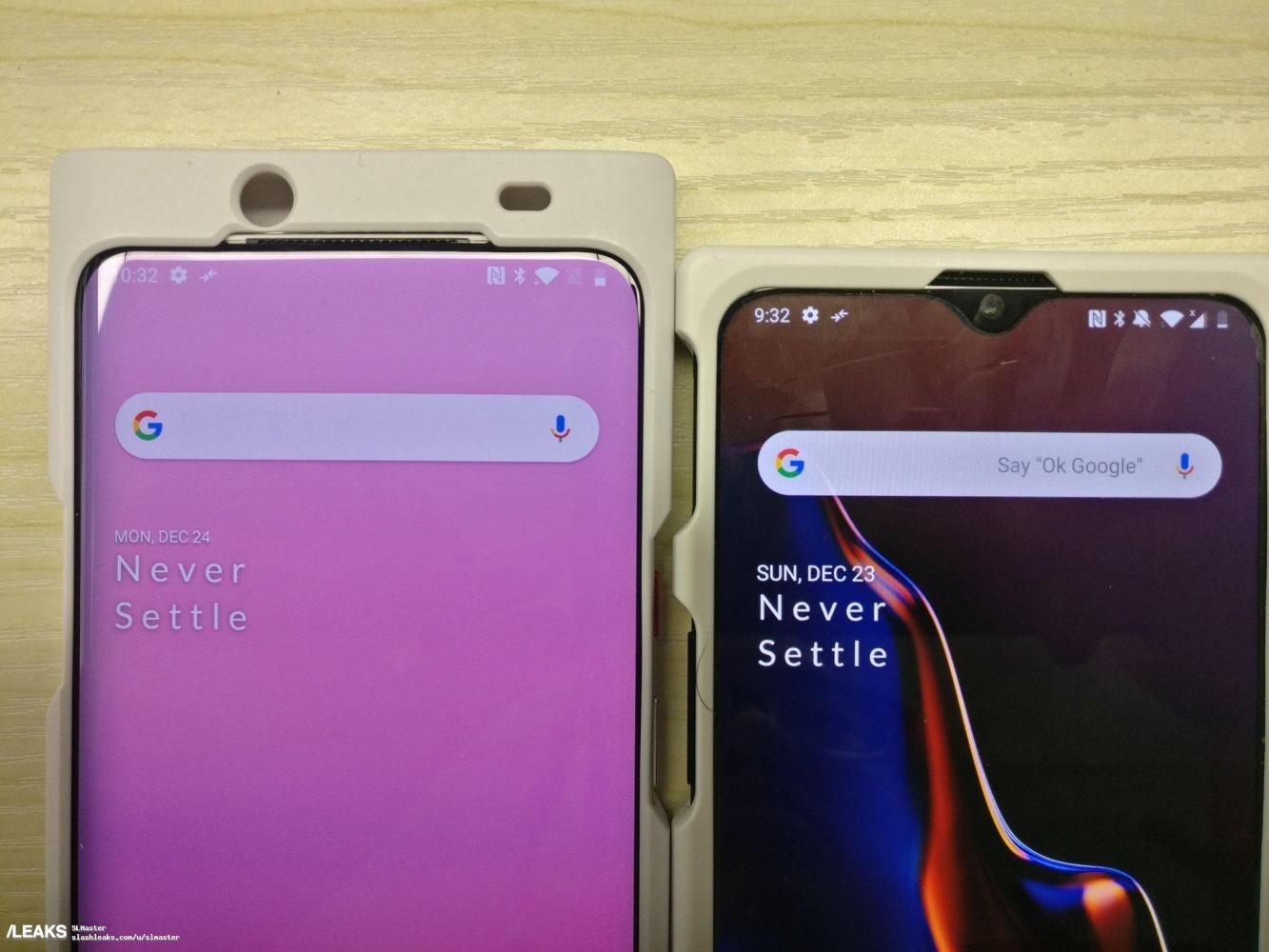 OnePlus 7 Leaks with Bezel-Less Design, Could Include a Slider Design

OnePlus has been making exceptional phones ever since its inception not too long ago, and the OnePlus 6T was their best work yet. Now, the company is prepping its next flagship, the OnePlus 7, and a new image that made its way to the web thanks to Slashleaks claims to show off the device to an extent.

In the image, Slashleaks claims the OnePlus 7 is sitting next to what is clearly the OnePlus 6T. However, the OnePlus 7 doesn’t appear to ship with a notch of any kind. This has led many to believe OnePlus may adopt a slider design where you can push up on the back of the device to reveal the selfie camera. We’ve seen similar approaches in the past such as from the company’s sibling, Oppo, with the Find X. So if OnePlus does opt for this implementation, it wouldn’t necessarily come as a surprise.

That doesn’t mean people are gonna like it, however. Whenever you have a moving part in something, there’s a good chance it’ll age quicker and it might start malfunctioning sooner than you expect. You also have to consider designing cases for the device will be harder since the case will have to move with the rest of the phone, potentially leading to a sharp drop in third-party options on the market. Regardless of where you stand with a slider design, there’s bound to be people that just don’t like it and will likely avoid the OnePlus 7 if it does come with a moving backplate.

This is the first significant leak we’ve seen of the OnePlus 7 thus far. With an imminent release likely occurring sometime in the next few months, we expect to hear and see a lot more regarding the device. Be sure to stay tuned for future developments.