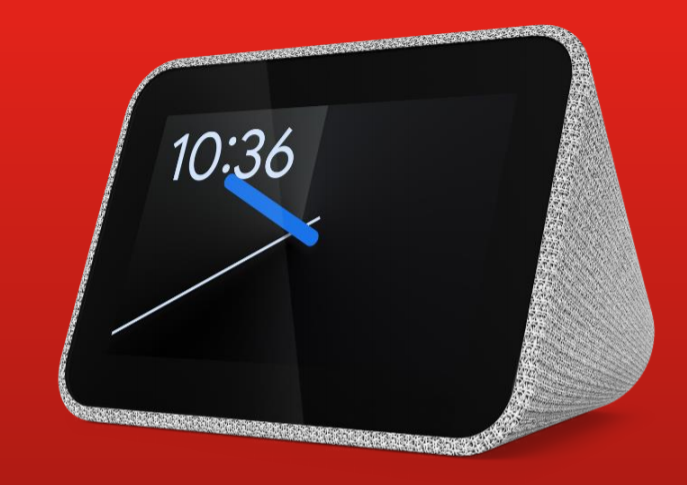 Today at CES 2019, Lenovo introduced the first Google Assistant-equipped Smart Clock. Last year, we had Smart Displays. This year, it looks like the Assistant will enter the bedroom.

According to Lenovo, the Smart Clock comes with a 4-inch display that provides a similar viewing experience as the Smart Display, just on a much smaller scale. It looks like this will simply be a smaller version of the Smart Display, but we’ll have to give it a shot first to see if that reigns true.

Lenovo says you can use the Smart Clock by using “Hey Google” commands thanks to the inclusion of the Google Assistant. You can play music, ask questions, control your smart home, and more. Amazon has a similar device called the Echo Spot which the Smart Clock should directly compete with.

The Smart Clock comes equipped with a 6W speaker and two passive radiators tuned with Dolby’s audio techniques. Considering its size, there’s a chance the Clock won’t sound that great, but we’ll let you know once we get to test it.

According to Lenovo, the Smart Clock should be perfect for a bedroom thanks to its small size and alarm clock-style functionality. It’s basically an alarm clock with the Assistant on board, which is cool.

Lenovo says the Smart Clock will launch this spring for $79.99. We’ll let you know if we get any hands-on time here at CES 2019.