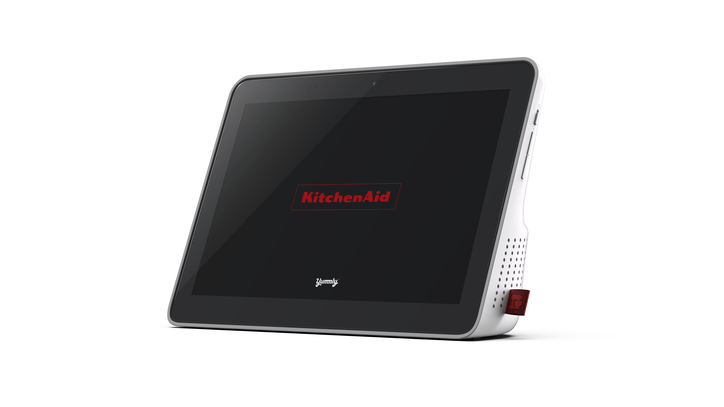 KitchenAid Made a Google Smart Display with IPX5 Protection

When CES rolls around, it isn’t too surprising to see random companies cook up gadgets and reveal them to the world. This year, one of those random companies literally cooked something up with the KitchenAid Smart Display (via CNET, 9to5Google).

Yup, the same company who makes your mom’s favorite mixing bowl just created a Smart Display similar to those sold through Lenovo, JBL, LG, and Google. What makes their’s special is IPX5 certification, making the unit more well-suited for those in the kitchen who may have wet hands. You obviously don’t wanna dunk this thing, but it’ll survive water much better than competitor’s offerings.

Otherwise, the KitchenAid Smart Display is a pretty standard Smart Display. It comes with a 10-inch screen, the same Android-based operating system with the Google Assistant, volume toggles, plenty of branding, and (presumably) okay speakers. You do get some exclusive recipes on this model, too, thanks to KitchenAid’s partnership with Yummly.

No exact pricing information has been given just yet, but KitchenAid says it’ll launch in the second half of 2019. So if you’re one of the twelve people that will buy this thing, you’ll have to wait until at least July to get your hands on it.