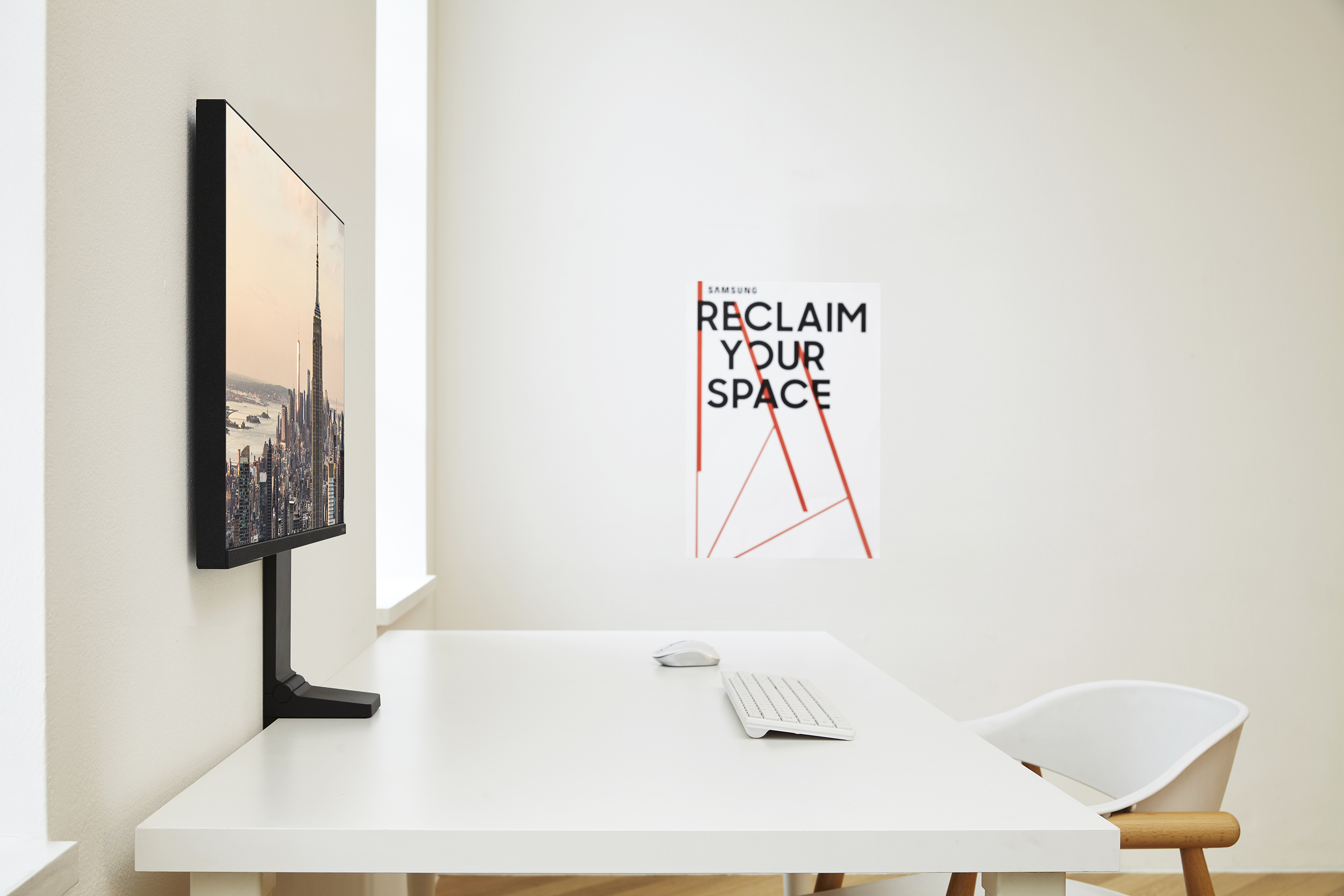 I love it when companies make unique and different monitors, especially if they’re able to serve their purpose well. I can already tell Samsung’s latest monitor will fall into this same camp.

As announced in a press release, Samsung is introducing a new monitor called the Space Monitor that’s meant to free up space on your desktop. When you need to use the screen, the hinge allows it to flex forward to whatever position you want it in. When you’re finished, you can literally push the screen up against the wall in front of you so you don’t have a giant display taking up precious desk real estate. The body is even capable of hiding ugly wires that can take up even more room.

This is genius. I have a Lenovo monitor I reviewed over a year ago and I’ve struggled to find a good spot to put it so it doesn’t take up too much room on my desk. Its large base plate takes up a lot of room, and since it’s a 27-inch monitor, there isn’t much room on either side. With a Space Monitor, I can only imagine anyone’s desk setup will be cleaner, more productive, and less cluttered.

According to Samsung, the Space Monitor will come in 27- and 32-inch models, with Quad HD and 4K resolutions, respectively. No pricing or release information was given at press time, but we expect the company to show off the display at CES 2019 where we’ll get to spend some time with it. Stay tuned.